U.S. Has TechGirls Exchange Program For Teens In Middle East | The Mary Sue 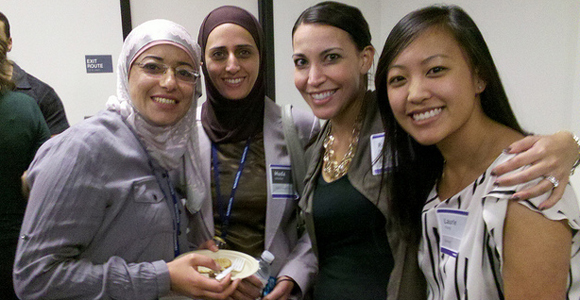 Last  year, Secretary of State Hillary Rodham Clinton spearheaded an initiative of the U.S. Department of State’s Bureau of Educational and Cultural Affairs called TechWomen. It was an exchange program (the kind students usually take part in) of women leaders in technology from the Middle East and North Africa (MENA) and those from America. With the first exchange successfully completed, Clinton has now announced another, similar initiative targeted at a younger group called TechGirls.

Along with the U.S., the US Embassy in Egypt and the US Consulate in Jerusalem have also announced the program for teenage girls in MENA. “The TechGirls Exchange Program, which will take place in the summer of 2012, will bring 25 girls from the MENA region to the US for three to five weeks. A similar program has also been announced for Jerusalem,” writes The Next Web.

The program hopes to give students the chance to learn more about the field of technology. “The program is open to students who have already demonstrated an advanced understanding of technology-related topics like programming, cloud computing, robotics, applications and more,” they write. “Applicants should also have the intention to study or pursue a career in a field of technology.”

The eligibility requirements as listed on the Egyptian embassy site are as follows:

“According to the announcement, the exchange program has two aims – to give the students a chance to further their education, giving them a better chance to pursue their career of choice, while also promoting mutual understanding between the US and MENA countries.”

I must say, although I wouldn’t be qualified for this particular exchange program, I always regretted not applying for the ones that came up when I was younger. Applications are now open for TechGirls as well as for the 2012 TechWomen exchange. Deadlines are different depending on where you live.

(photo via BJ Wishinsky, story via The Next Web)