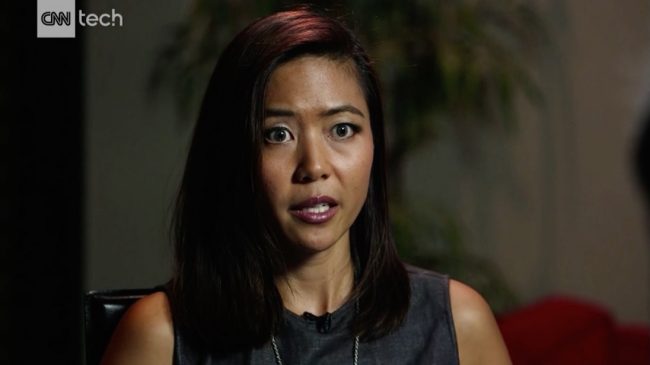 Last week, we talked about spotlight finally being shined on the tech industry’s pervasive culture of harassment and sexual assault. Both the New York Times and tech site The Information ran accounts of dozens of women’s stories of living inside that culture. This prompted one venture capitalist, Dave McClure, to write a public apology titled “I’m a Creep. I’m Sorry.” While the apology was a good step (and no doubt, good damage control for McClure’s company, 500 Startups), it’s the women’s stories here that we need to be listening to, because they tell us what McClure and others who abuse their power in this way never can. To start, while these men can take ownership of their “inappropriate” behavior, can they ever fully understand what it feels like to be on the lower scale of this kind of power dynamic being exploited for harassment and abuse?

One of McClure’s former business associates, Cheryl Yeoh, has given an interview to CNN Tech about the assault he perpetrated against her. Yeoh was part of McClure’s 500 Startups accelerator, so he was an investor in her company. As Yeoh explains, a young company’s first big investor, their “first check,” holds a lot of power. When they abuse that power, a young entrepreneur’s ability to speak up is buried under the weight of endless possible repercussions. They’re forced to make a choice between risking losing investment in their company–potentially putting their career at risk as well as the security of their employees, board, and anyone else involved–and addressing the harassment or assault.

In Yeoh’s case, she had taken a new position in Malaysia that, as she described, had the potential to hugely benefit the country’s ecosystem. When McClure wrote about being “a creep,” and putting people in “inappropriate situations,” do we think he has any idea what it’s like to have a man asking you for sex, and feeling the weight of your career, your company, and a country’s wellbeing on the line?

As Yeoh described the interaction between herself and McClure, it was a group of friends and colleagues hanging out, drinking, and then after everyone left, McClure asked her to have sex with him. She declined and he continued to try to engage physically. This is the kind of encounter that, at best, usually gets chalked up to “inappropriate” behavior, especially because Yeoh was in a relationship and McClure was married. But that’s the least egregious offense here.

In his own apology, McClure himself says that when he first started hearing complaints of his actions, he thought of encounters like this in terms of “What did I do wrong? We were just hanging out! Why are people so upset?” And without fail, when stories like this comes up, some (hopefully) well-meaning (usually) men come into the conversation to ask how men like McClure are supposed to know if their feelings are reciprocated, and why the PC sexual harassment police are hellbent on keeping coworkers from having consensual romantic relationships.

Yeoh’s story–which is one of dozens that have come out over the last few weeks, which stand in for hundreds more still untold–should make it clear: men with as much power as Dave McClure must start putting their female colleagues’ safety and comfort above their own sexual desires when the power imbalance is this great. “But I liked her” or “I thought she might be into it” are not valid motivations, because we are hearing from far too many women inside the industry (and I’m not presuming this doesn’t happen with male entrepreneurs an employees as well, but the many, many stories we’re hearing right now are all from women being targeted by men), whose reaction to these advances and propositions has little is anything to do with sexual desire, and everything to do with fearing for their careers. That is what we mean by “power imbalance.”

When asked what she saw as a solution, Yeoh says there needs to be a “clear, transparent policy around sexual harassment.” There need to be industry-wide, clearly defined guidelines of behavior and punishments, as well as a prescribed path for making complaints, including doing so anonymously. The fact that those things don’t already exist is shameful.