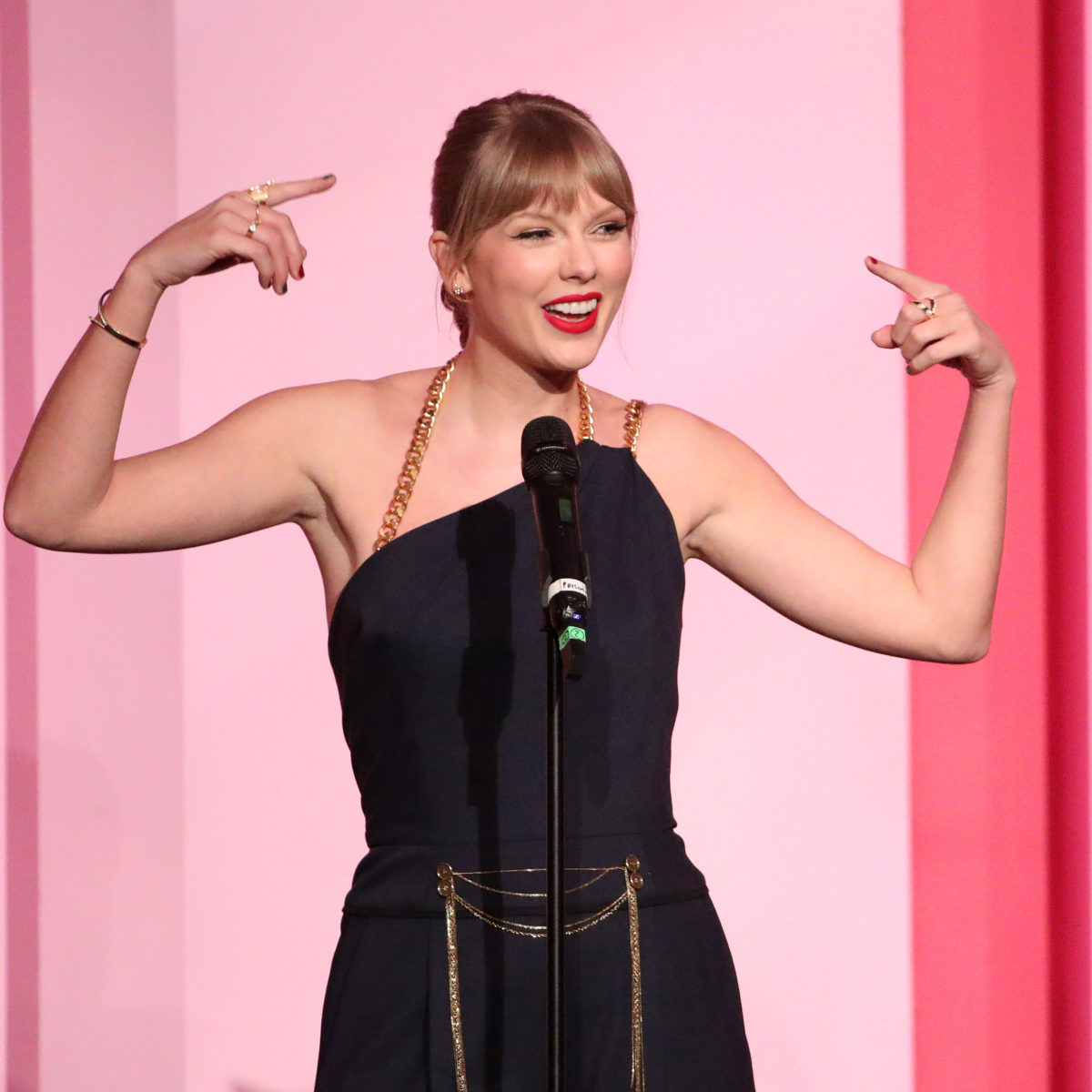 Taylor Swift received Billboard’s Woman of the Decade award yesterday (on her 30th birthday, no less!) and minced no words when it came to toxic masculinity and private equity taking over the music industry—two things which are exemplified by her nemesis, Scooter Braun.

Actress and advocate Jameela Jamil was on hand to present the award to Swift, who delivered a carefully crafted speech that managed to uplift her fellow female musicians, speak intelligently and incisively about how streaming has changed the music industry, and make some seriously good points about how bad it is for artists when private equity firms treat music like real estate.

I just gave @taylorswift13 the Woman Of The Decade award at @billboard awards and she fucking WENT there with her speech. Watching a young woman speak up and speak out like that, completely Fearlessly and unapologetically about rampant gender inequality… was pretty iconic. ❤️ pic.twitter.com/mY8ssqy8kl

Swift started her speech by noting how hard it is for women in the music industry, and noted the criticism women in music face just for being women, that most men don’t. “I saw that as a female in this industry, some people will always have slight reservations about you,” Swift said. “Whether you deserve to be there, whether your male producer or co-writer was the reason for your success, or whether it was a savvy record label.” Swift slyly added: “It wasn’t.”

“This is just what happens to a woman in music when she achieves power and success beyond people’s comfort level,” Swift said of the backlash against her – and against other women.  “It comes down to this: Who lets that scrutiny break them and who keeps making great art?” Swift noted before praising the perseverance of Lana Del Rey.

But she wasn’t just there to call out the general sexism in the industry, but the bad business practices: “Lately there’s been a new shift that has affected me personally, and as your resident loud person, I feel like I need to bring it up,” Swift went on. “And that’s the unregulated world of private equity coming in and buying up our music as if it’s real estate, or an app, or a shoe line.”

Swift has indeed been personally affected by this change with the acquisition of her back catalog by Scooter Braun. “This happened to me without my approval, consultation or consent,” Swift said. “Scooter [Braun] never contacted me or my team to discuss it prior to the sale.”

Swift had no patience for those that would defend Braun and his ilk. “The definition of the toxic male privilege in this industry is people saying ‘but he’s always been nice to me’ when I’m raising valid concerns about artists and their right to own their music,” Swift said. “And of course he’s nice to you,” she said. “If you’re in this room, you have something he needs.”

Swift took time in her speech not only to call out this toxic culture but lift up other women like Del Rey and Billie Eilish, among many others. She showed that she’s grown incredibly in the decade since she came on the scene and learned hard lessons, but she’s taken all this to grow stronger and advocate for women and for what’s right.

Going from relentless criticism to wild success and then to speaking up for women and against exploitation? That’s a pretty good journey for a woman of the decade.