No, Thank You. I Do Not Want A Taxidermy Rancor Head On My Wall. 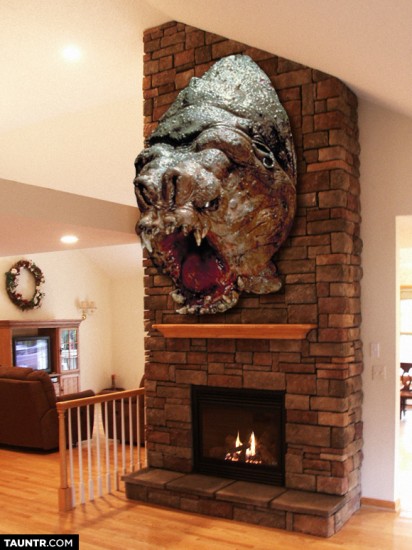 So this is obviously photoshopped but the idea remains. Would you hang a rancor head on your wall if they existed outside the Star Wars universe? What about a Wampa, Tauntaun, or Bantha? I do, however, own a Tauntaun sleeping bag. Which is perfectly acceptable and not gross.