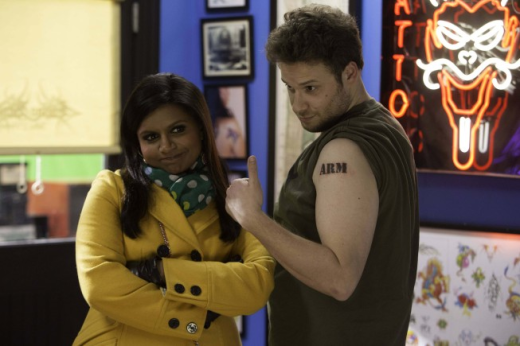 I daydream a lot about getting tatted (damn straight, Mom), but even though I think I’m ready to commit to certain images for the rest of my life, fear of eventual regret has held me back so far. But not for long, haters! If preliminary tests on a new tattoo removal cream are any indication, getting inked is about to become way less of a commitment.

According to the CBC, 27-year-old Dalhousie University PhD student Alec Falkenham is developing a topical cream that works by targeting macrophages, cells that permanently fill with ink and make tattoos visible on skin. Falkenham explains that his cream introduces new macrophages that consume the pigmented cells and eventually transport dye to the lymph nodes without causing irritation or inflammation:

When comparing it to laser-based tattoo removal, in which you see the burns, the scarring, the blisters, in this case, we’ve designed a drug that doesn’t really have much off-target effect. We’re not targeting any of the normal skin cells, so you won’t see a lot of inflammation.

In fact, based on the process that we’re actually using, we don’t think there will be any inflammation at all and it would actually be anti-inflammatory.

So far the cream has just been tested on tattooed pig ears, so there’s no way of knowing yet when or if it will be available commercially; however, Falkenham predicts that the topical treatment will be safer and cheaper than laser removal. Treating a 10-by-10-centimetre area would reportedly cost just $4.50 per treatment (although it’s hard to say how many treatments would be necessary for the design to fully fade away).

What do you think, gang? Would you take advantage of having a product like this on the market?