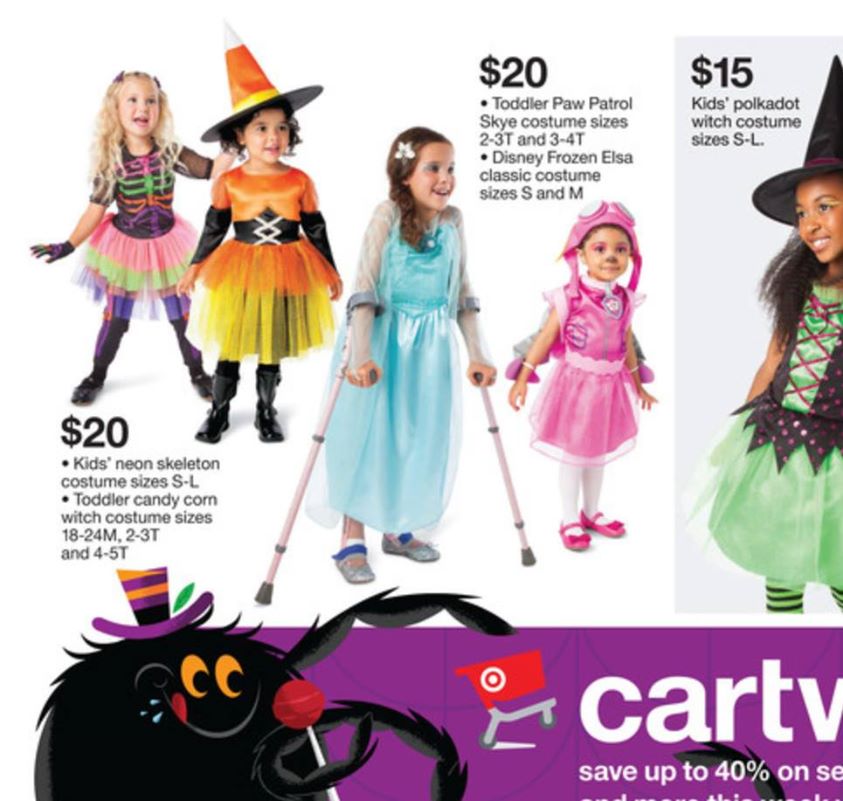 I love you. Thank you for including a child with braces and arm crutches into your advertising campaign! And as Elsa, no less! My daughter (with arm crutches and prosthetic legs) is going to FLIP when she sees this! Including children with special needs into advertising makes them less of a spectacle to the general public when they venture out into the real world. Normalizing disabilities in children is PRICELESS.

Others have pointed out their excitement about the ad on Twitter:

Thank you Target for having representation of disabilities. pic.twitter.com/vRmEA3ilRw — Buddy Project (@ProjectBuddy) October 22, 2015

A Target spokesperson told The Daily Dot that “Target is committed to diversity and inclusion in every aspect of our business, including our advertising campaigns … Target has included people with disabilities in our advertising, including Halloween marketing, for many years and will continue to feature people that represent the diversity of communities across the country.”

I know that many advocates have mixed feelings about massive companies taking a stance on social issues, whether it’s Rainbow Doritos or the two dads in that new Campbell’s Soup ad or [insert any number of other examples here]. I can understand the cynicism (especially since these big companies don’t always get it 100% right); we all know the monetary motivations behind massive marketing decisions. But that’s exactly why representation and inclusion matter so much. This ad helps to normalize an experience that has been unfairly stigmatized for an extremely long time. It is worth reflecting on how these ads reflect the way that our society’s outlook has changed, hopefully for the better.