We’ve seen a TARDIS engagement ring box before but this one lights up! Paul Pape Designs creates custom wedding items like favors and cake toppers but recently created not one, but two TARDISes for folks to propose with. The prices for such a custom job range from between $300-$800 depending on how complex you decide to go. Something tells me the one after the jump cost a bit more than the one in this video. Check it out. 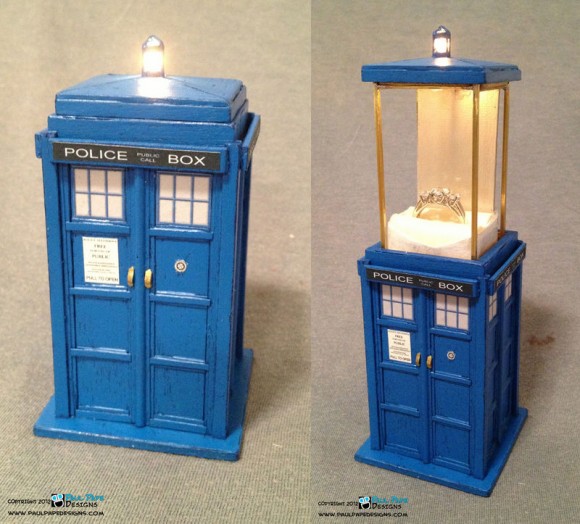