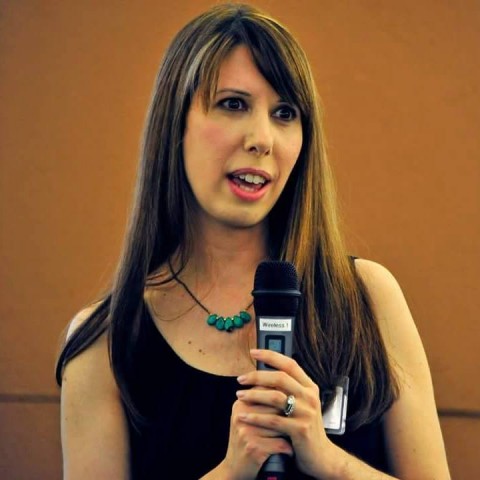 When I was working on my dissertation, which focused on Tori Amos’s music and the way it helped women heal after trauma, I was rejected for a grant with the explanation, “We see this work as a novelty.” For most feminists who study pop culture, this comment is oh so very real, which is why, over the last six years, it has been my pleasure to work with academic, writer, and book editor Patricia Leavy. Patricia’s impact on the academic world of feminism and pop culture has been immense through the multiple book series she edits for Sense Publishing, called Teaching Gender, Teaching Race and Ethnicity, and Social Fictions.

Most recently, Patricia’s Teaching Race and Ethnicity series has published Race in the Vampire Narrative, edited by U. Melissa Anyiwo. This Mary Sue writer has edited Feminist Theory and Pop Culture and, along with Patricia, co-edited Gender and Pop Culture: A Text Reader. Topics like sexting, girls who code, gender and sports, and the media’s effect on women are common themes to find in the books in Patricia’s series. Many of them take a “straight from the headlines” approach, such as Trayvon Martin, Race, and American Justice and Understanding Israel/Palestine. Wanting to make academic concepts accessible via art and pop culture led Patricia to create the Social Fictions series and produce works of memoir, novels/fiction, poems, plays, etc. And, if that isn’t enough, Patricia has completed three novels for the series, Low-Fat Love, American Circumstance, and Blue, which contain strong narratives about female identity building, relationships, and self-concept. I spoke with Patricia about her approach to creating and editing books, feminism and her novels.

Adrienne Trier-Bieniek (TMS): The series that you edit have definite connections with pop culture. Talk a little about the purpose of teaching gender/race and social fictions. How do they connect academic teaching with current culture? 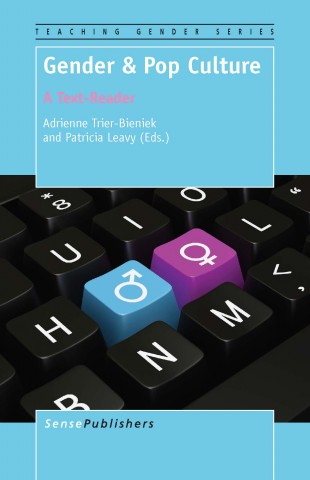 Patricia Leavy: The Social Fictions series publishes scholarship written entirely in literary forms, such as plays, novels, short story, and poetry collections, and the Teaching Gender and Teaching Race and Ethnicity series each focus on gender/race, respectively, but publish books in any form from monographs to anthologies. What the books have in common is a commitment to social justice, accessibility, and engaging student and public audiences. In order to be accessible and of interest to broad audiences, authors and editors connect to popular culture and current events, whether in the form of examples or full thematic content.

TMS: What inspired you to create these book series?

Leavy: The Social Fictions series came first simply because there was nothing like it on the market. There’s a great deal of research in neuroscience and the social sciences that confirms what most of us intuitively know: People can become immersed in novels and plays, reflect on their own lives and larger social issues, and learn in the process. I wanted to create a space to publish social research written in literary forms for use in college classrooms but also as a means of engaging in public scholarship. Then, I wanted to branch out into nonfiction, both monographs and anthologies, but maintain a strong commitment to accessibility, and that’s how the Teaching Gender and Teaching Race and Ethnicity series came to be.

TMS: Can you explain what “public scholarship” is? This is something that a lot of pop culture feminist academics feel very connected to, but it’s also the area where we are easily dismissed.

Leavy: Scholarship that is accessible to people outside of academia, in two ways. It’s understandable to people outside of academia (jargon-free and expressed in formats that large numbers of people can understand). It’s also available to people outside of academia, circulating in places that interested parties can find it. Public scholarship might include blogs, op-eds, appearances on radio, television, podcasts, or artistic formats such as poetry, short stories, novels, photography, photoblogs, visual art exhibitions, film, or performance. Feminism has real-world goals and lends itself it public engagement, and popular cultures studies is great area for this work. In terms of being dismissed, it’s harder to represent work in multiple formats intended for different audiences. It takes more rigor. It takes courage too. When you put yourself out there in public spaces, you can’t control the responses so it’s important to develop a relationship with your work that isn’t dependent on the value others place on it.
With your own writing, the trilogy of novels, how do you use pop culture as a theme? 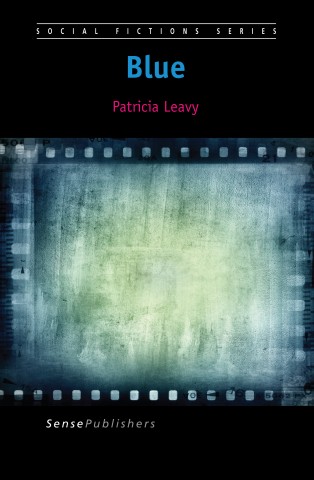 Pop culture is an active part of the subtext and plot in my novels. In Low-Fat Love, there is a strong critique of pop culture aimed at women. Female characters are often shown engaging in commercial pop culture and then readers see their internal dialogue and how they are impacted. In American Circumstance pop culture serves as a series of signposts in the plot, mirroring what is happening with characters. In my latest novel, Blue, there’s a celebration of pop culture. In Blue I tried to show how we use pop culture to help us make sense of our lives and to reflect where we are in our lives. The characters are often imaged in the “glow” of light from television or movie screens, their own stories illuminated by the stories of popular culture. Blue is my personal favorite and the book pop culture junkies are mostly likely to enjoy.  What role does feminism play in the creation and development of the books you select? 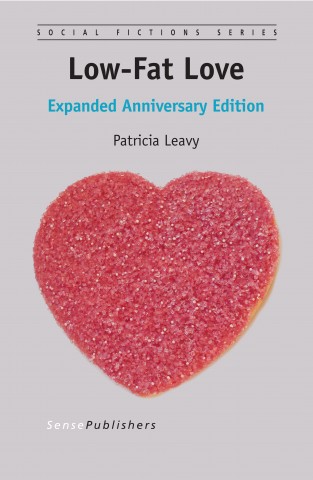 My feminist perspective influences all of my projects, including how I evaluate book proposals. It’s an inextricable part of how I see the world and act within in. In my series, I’m looking to include and highlight voices, perspectives and styles that are often excluded. I’m also interested in writing and publishing books that have the chance to do some good in the world, even if on a small scale by jarring readers into seeing something differently in their own lives.

TMS: We share a mutual admiration of Tori Amos’s music. How has she influenced you?

Leavy: She’s my biggest inspiration. Tori taught me that vulnerability takes courage, the personal resonates, never compromise on your work, and listen to the stories of others, all of which serves as the foundation for my professional life. She’s also influenced how I think about the business side of the arts, including the importance of forming good partnerships and owning your own work, which has served me well in publishing.

Patricia Leavy, Ph.D. is an award-winning independent sociologist and best-selling author. She has published 19 books, is series creator and editor for 5 book series with Oxford University Press and Sense Publishers, and blogs for the Huffington Post and The Creativity Post. https://www.facebook.com/WomenWhoWrite/

Adrienne Trier-Bieniek, Ph.D. is a gender and pop culture sociologist. She is the author of Sing Us a Song, Piano Woman: Female Fans and the Music of Tori Amos (Scarecrow Press 2013) and the editor of Feminist Theory and Pop Culture (Sense 2015). Her writing has appeared in various academic journals as well as xoJane, Gender & Society Blog, Feministing, and Girl w/Pen.  Adrienne is a professor of sociology at Valencia College in Orlando, Florida. www.adriennetrier-bieniek.com