This Talking George R.R. Martin Plush Probably Won’t Stab You In Your Sleep

But he might just stab your favorite family member instead! 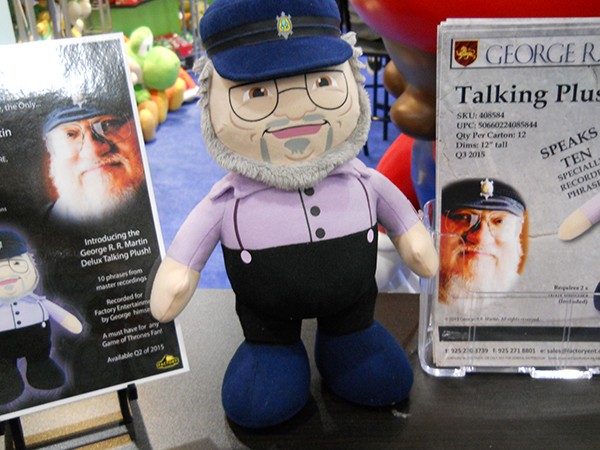 Spotted at the 2014 New York Toy Fair over Valentine’s Day weekend, this plush by Factory Entertainment not only resembles our dear cruel George in his iconic hat, suspenders, and turtle paraphernalia—it also delivers ten different lines that were recorded by the author himself. What I would give to hear a little stuffed Martin gleefully tell convention-goers that he isn’t your bitch.

If you’re a Game of Thrones fan but find the idea of owning a plush of a real live person a little unsettling, Factory Entertainment happens to specialize in fluffy huggable goodness from the seven Kingdoms of Westeros, including house sigil pillows, Direwolf plushies, and stuffed dragon eggs. But will any of them last the winter, I wonder?

(via Daily Dot, image via Rebecca Pahle at Nerd Approved)