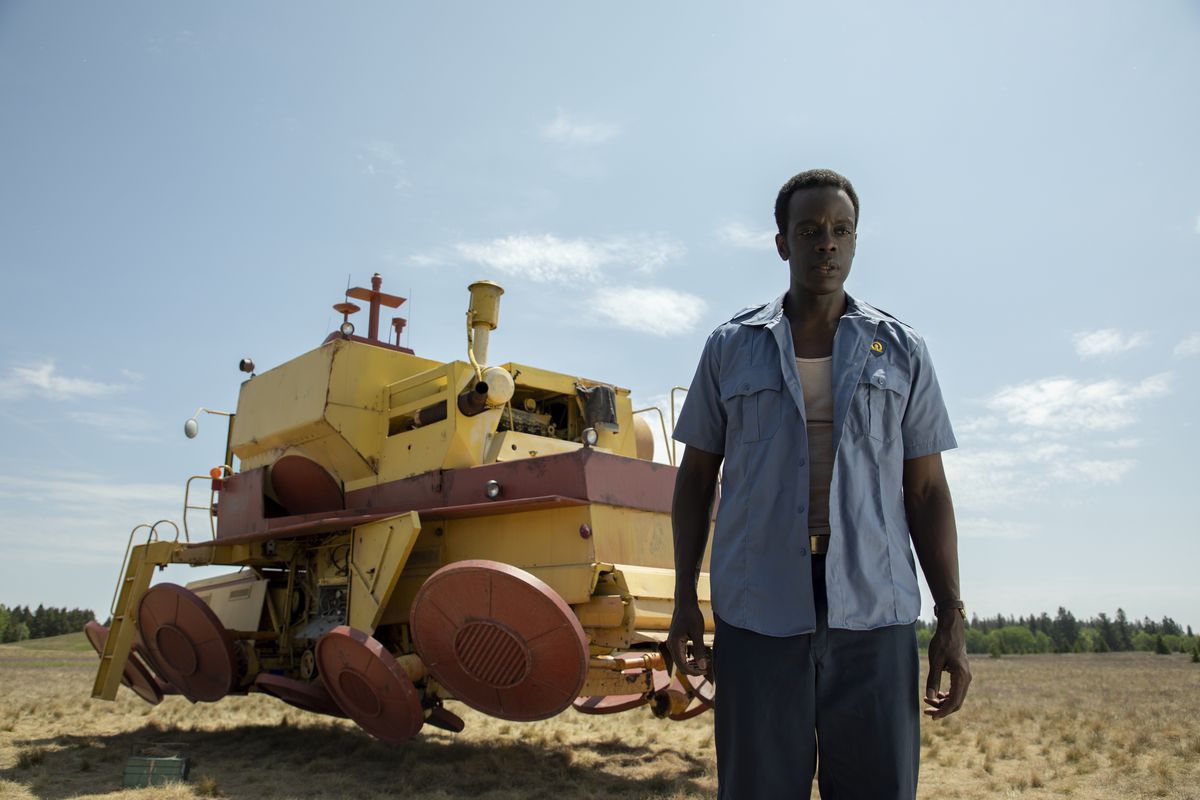 Going into Tales From the Loop, all I knew about the show was that it had vague, dreamy advertisements that ran on Amazon Prime Video, where it arrived in April. Wikipedia tries to summarize the series’ unsummarizable plot: Tales “follows the interconnected lives of the residents in the fictional town of Mercer, Ohio. Mercer is home to the Mercer Center for Experimental Physics, an underground facility known as the Loop. It is there where researchers attempt to ‘make the impossible possible.'” Why? How? Who authorized this? It doesn’t matter! What matters is that we suspend all sense of disbelief.

It’s a tricky initial pitch, and one that doesn’t even begin to scratch the surface of what’s beneath the show. Tales From the Loop is based on an art book of the same title from Swedish artist Simon Stålenhag, known for setting surreal, “alternate history” scenes within the otherwise-mundane Swedish countryside. The series was developed and written by Nathaniel Halpern (Legion, The Killing), who also served as showrunner, and an impressive roster of directors took their turn at the helm.

This Tales moves from Sweden to middle America, but Stålenhag’s unique retrofuture aesthetic is everywhere. Typical suburban houses sprout tubes and giant orbs. Ungainly robots roam in the woods. Mysterious towers loom in the distance. Parallel worlds and time-slips are as close at hand and easily accessible as a rusty device you power on. Family lies at the heart of everything, but you may not recognize what they become.

It’s almost impossible to know how to write about Tales From the Loop. It’s like nothing I’ve watched on television. The show is mind-bending, reality-warping, consciousness-expanding. It is melancholy, introspective, and visually stunning; each frame was given the care and purposeful styling of a painting. The exquisite soundtrack, by Philip Glass and Paul-Leonard Morgan, infuses every already-rich moment with transcendent sound. The entire eight-episode series is a work of art.

Tales From the Loop isn’t for everyone, though, not even every diehard science fiction fan. Like any work of art, it will captivate some, while others will want to walk by without a second look. Its pacing is slow and ponderous, sometimes to its detriment (I’ve seen a couple of the more negative reviews complain that nothing really happens). This is because few plot-points are resolved in a way that feels narratively conclusive in the ways that we’re used to. You’re always on uneven ground, and you may feel uncomfortable there. Yet if you have the time and patience for the show, I think you’ll find it a rewarding, even astonishing, experience. 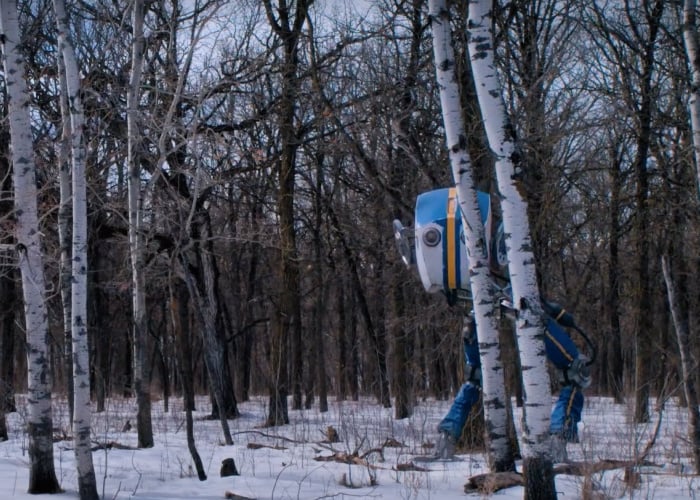 I didn’t click with Tales From the Loop at the start, and spent much of the first two episodes looking at my phone. And yet, minute by minute, I felt myself being drawn in until the show was all I could think about. You can’t help but marvel over the extraordinary things onscreen—that mingling of a humdrum small-town life with physics-defying phenomenon, and no one in Mercer seeming surprised by any of it. They’ve all accepted that they live in a place where “the impossible is made possible.”

They don’t know, of course, that they’re also in a living nostalgia sketch, but that’s another intriguing element of the story to unpack. Mercer as we see it is sort of an amalgam of ’50s, ’60s, ’70s, and ’80s idealized Americana. Everyone seems to know each other in the town and get along, and there’s a charming and bustling main street, the likes of which would likely be boarded up with lost businesses today. There aren’t any smartphones, and yet a man can have a mechanized arm far beyond our present-day capabilities. You just have to embrace, like Mercer’s residents do, that this is the way things are.

The anthology-like nature of Tales means that while a white family is somewhat at the heart of the story, several episodes branch off with refreshing representation we don’t see front and center in American TV nostalgia-fests nearly enough. One episode follows May (Nicole Law), a Chinese-American high schooler with a penchant for repairing old tech who finds that she can freeze time, and another episode stars Ato Essendoh’s Gaddis, who is both gay and the only Black person we meet in Mercer—that is, until he encounters another version of himself in an alternate world. May and Gaddis were on earlier episodes as more secondary characters; one of the show’s most fascinating features is how its narrative spiderwebs out so that disparate people become connected, and the decision of one person across town can radiate in its effects to change everyone else’s lives.

Tales From the Loop feels like the worthiest successor to date to The Twilight Zone, because it makes you think about morality and the choices we make against a backdrop that layers the bizarre over the ordinary. Like The Twilight Zone, some episodes have a moral backbone, but others just want to tell a strange story. And we’re rarely beaten over the head with the standard takes on goodness or evil either. It might not be a bad thing to lust after your alternate world-self’s romantic partner, for example. The failure comes in ignoring the fact that relationships are never perfect, and the takeaway is that some people we initially dismiss are worth a second look.

Sometimes Tales of the Loop feels like it may be going in a predictable direction, but it almost never is. That’s because all of reality here can shift on a dime, so you never quite know what you’re looking at or what can conceivably happen next. Some of the shows that are cautionary tales of our culture, like Black Mirror or the new Twilight Zone incarnation, or even the old, great Twilight Zone, lean heavily on shock reveals or huge twists to drive their point home. But Tales From the Loop is more concerned with quietly peeling back the layers that make us human—or, in some cases, robots. There are twists, but they only serve as another stepping-stone in the story, not its linchpin. 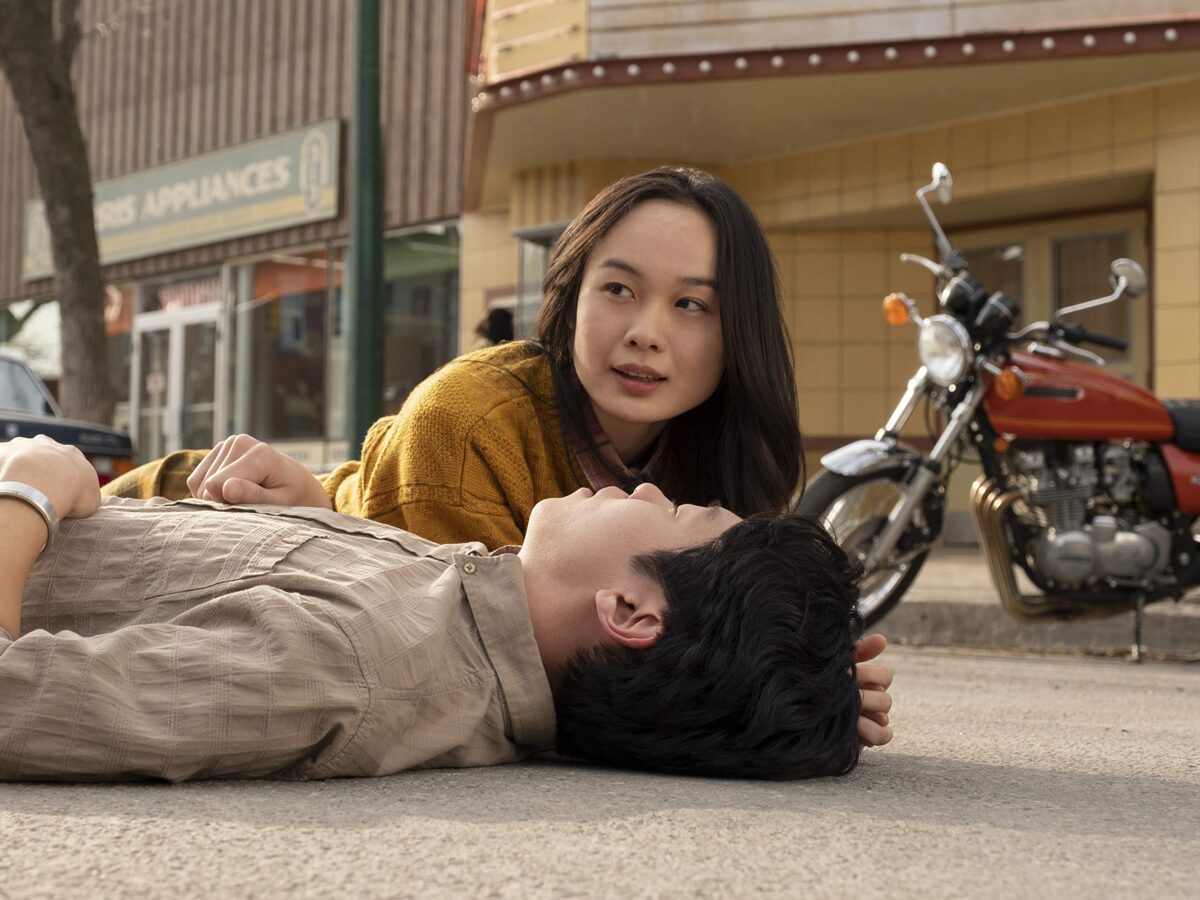 It’s telling that the more effective tales in Tales From the Loop emerge from the human experience, not from the wild and weird things surrounding our characters. The episode that moved me most concerned the failing health of Russ (Jonathan Pryce), who served as Director of the Mercer Center of Experimental Physics. Russ seems party to vast secrets of the universe and capable of building magical creations, but even he cannot change the course of nature or spare his grandson Cole (the talented young actor Duncan Joiner) from experiencing the realities of life and death. It’s an episode that hardly needs the otherworldly trappings like Russ and Cole visiting a sphere where Cole can hear echoes of his future self, and Russ can hear nothing at all. But that moment manifests something essential we may not have the power to put into words. Maybe that’s what the Loop is really doing.

In the final episode, which was directed by Jodie Foster, Cole’s classroom teacher asks him what he thought about a book she recommended. “It was sad,” says the boy, who by then has come through tragedy and displacement. “And beautiful,” adds his teacher, who isn’t what she seems to be. And it’s clear, in that moment, that they are talking about Tales From the Loop itself. 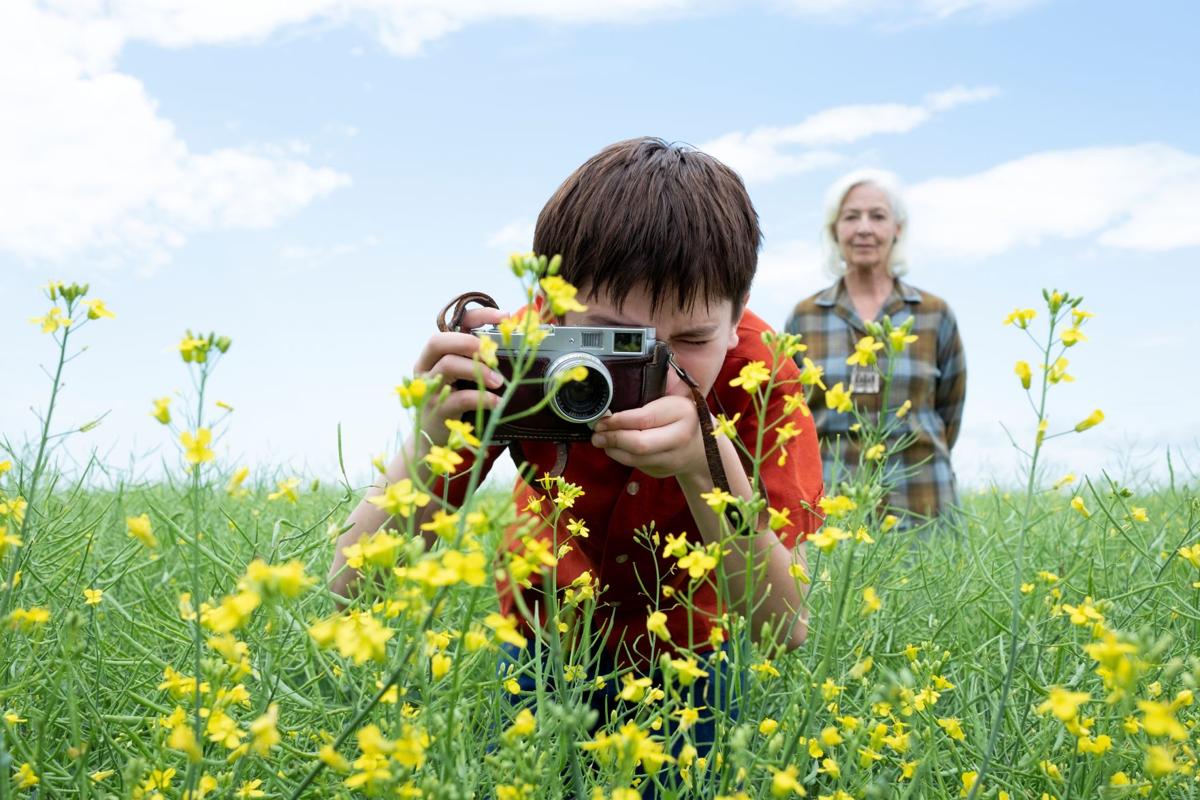