Meanwhile, we continue to wish that he would be our cool adoptive grandpa. 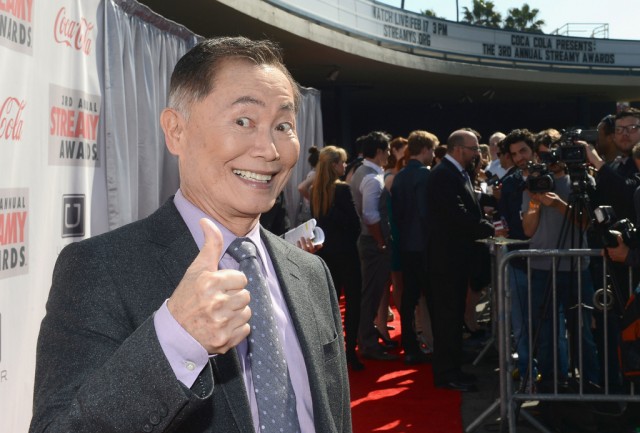 It’s a well-known fact that former Star Trek star George Takei loves the Internet. No, love is not strong enough a word to describe how Takei clearly feels. He adores the Internet. He knows all the latest memes and updates his Facebook page with them constantly. Heck, he even wrote an autobiography solely about his social media fame entitled Oh Myyy! (There Goes The Internet). So really, it’s not a surprise that he’s apparently taken up writing hilarious reviews of ridiculous products on Amazon. And before you ask — yes, they’re legit. He’s got them cross posted on his Facebook.

First there’s this useful gem, a laptop desk that attaches to your car’s steering wheel. Takei had this to say: 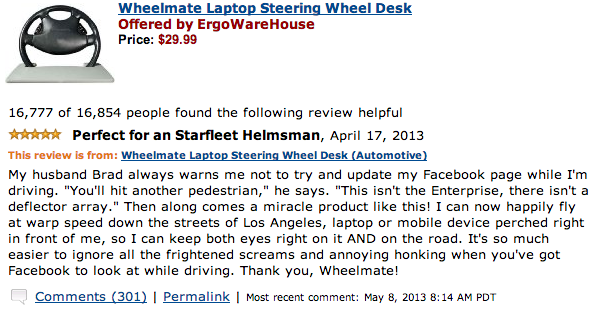 And then there’s this delightful review for the infamous Three Wolf Moon Shirt, which once again confirms that Takei knows where it’s at in Meme Country: 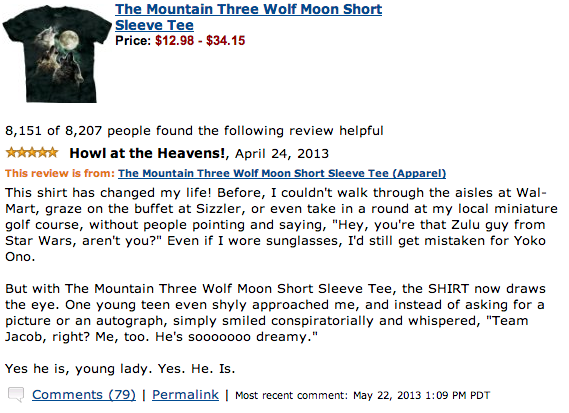 Finally there’s a review for this thing. It’s called an Accoutrements Yodelling Pickle. Presumably it is a pickle that… yodels. 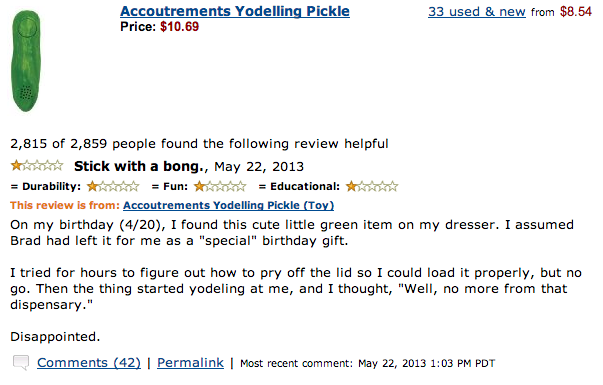 What’s the over/under on the amount of people who are going to buy that pickle toy now just to see if they can successfully smoke out of it?

Takei’s written other reviews, of course, and presumably plans to keep doing them, so it will definitely be worth checking his reviewer profile page regularly for more of his ridiculous wit. I may or may not have bookmarked it already, by which I mean that I definitely have.