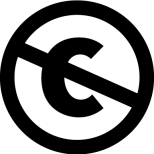 While the majority of the Internet rambled on and on about SOPA and PIPA yesterday (Geekosystem included), an interestingly related piece of legislation slipped through in the background. Yesterday, the Supreme Court ruled that Congress has the authority to remove works from the public domain. That is to say that the public domain is not “territory that works may never exit,” contrary to common understanding.

Of course, the Supreme Court didn’t just decide that Congress can remove things from the public domain, willy-nilly because they feel like it. That may be a consequence, but this particular decision actually goes back to a few specific international works that were entered into the public domain here in the states, but remained copyrighted abroad. A few examples include H.G. Wells’ Things to Come, Fritz Lang’s Metropolis, and the music by Igor Stravinsky.

In 1994, the U.S. decided to start trying to comply with an international copyright treaty, the Berne Convention, and as such started making moves to remove the aforementioned works from the public domain to bring the U.S. up to speed. Now, some 18 years after the fact, the Supreme Court has ruled that squaring up with an international treaty is more important than preserving these things in the public domain, so back to copyright they go. Although, considering it took them 18 years to get around to complying, one might argue it’s probably not that big of a deal.

One of the main arguments against this kind of action is that copyright is supposed to promote creation in the fields of arts and sciences, kind of like what patents are supposed to do. That being the case, once the works have been in the public domain, it doesn’t seem to serve that original purpose to take them back out again. In fact, it’s counterproductive, and could ultimately lead to a copyright variant of patent trolling if not properly handled.

All that being said, this particular situation, in which an international treaty is concerned, is clearly an exception to the norms of public domain legislation, but even while that is the case, the public domain has been taking other hits as well; in 2002 the Supreme Court upheld Congress’ extension of copyright from 50 years after an author’s death to 70 years after, making the public domain 20 years less relevant.

While you may think of the public domain as being boring old stuffy stuff (which is only becoming more accurate, at least the “old” part), it’s actually quite valuable, especially considering legislation like SOPA and PIPA would make public domain works virtually the only works of art that are remotely safe to use online. This ruling, along with the extension of copyright in 2002, combine to make for a trend of increasing copyright power that does little to promote the kind of creation and innovation that copyright was designed to encourage, a trend that stifles it instead. Hopefully this power of Congress to remove works from the public domain will only be used in the future when circumstances are as extenuating as these, but regardless of what happens down the line, public domain isn’t permanent any more.

You wanna read more about copyright law? Oh, we’ve got you covered all right.