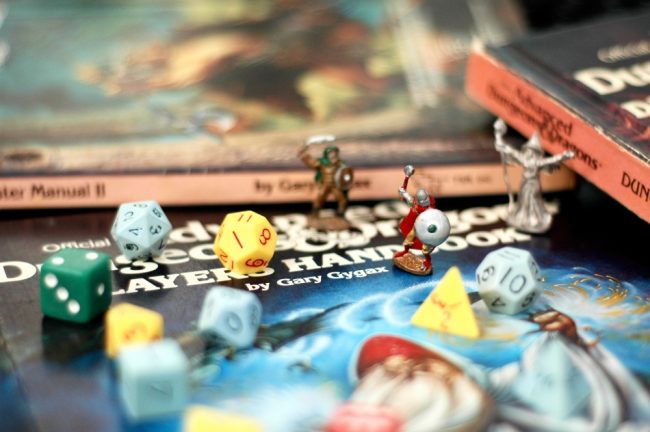 With the advent of shows like Stranger Things or podcasts and live “Let’s Plays” like The Adventure Zone, Critical Role, The Glass Cannon, and Dungeons, Dice & Everything Nice, tabletop RPGs have seen something of a renaissance, a return to the blessed mainstream. Because of that, there’s been a sizable influx of new players, people interested in dipping their toes into the churning eddy that is role playing. And while the reasons for diving in are myriad (some people like rolling big numbers, others like playing different characters, or anything around and in between), one thing is for certain: it’s important that we do what we can to welcome these folks with big ol’ open arms.

To that end, I’d like to ask a question of those who have played before: Of all the characters you’ve created and played, who ended up being the most fun or most memorable? Why? What is it about them that makes them them? What was it like coming up with their backstory? What was it like developing their story as you played along? How did that make you feel about roleplaying in general?

I can start, I guess.

I think my favorite OC is the character I’m playing in a D&D 5E Out of the Abyss game now, actually. She’s a half-elf bard (yeah, whatever, don’t @ me) named Quinn Elerron, who happens to also be a Harper spy … when she’s not busy with her newfound pop star career. In game terms, she’s a College of Glamour bard, which is a subclass that just officially premiered in D&D’s brand new expansion, Xanathar’s Guide to Everything. In story terms, she’s very much of the Feywild, if you get what I mean. She’s mercurial, she runs hot and cold, and she’s often bouncing from one plot point to another. Normally, she’s totally cool with people and creatures, but god help you if you end up on her shit list. In terms of inspiration, I pulled heavily from The Wicked + The Divine, because that series is, to me, jam-packed with Glamour bards. There’s a little bit of most of the WicDiv gods and goddesses in her, but primarily I think she takes a bit after Lucifer.

Another primary comic inspiration is Black Canary, and I actually pulled a lot from the 2015 Brenden Fletcher/Annie Wu arc that saw D.D. on tour with an indie band. Fun story: after making a few rounds playing shows for tips in the Underdark, the entire party was invited to play a concert for a dragon—nobody else, just a dragon. In what was probably one of my most-enjoyed tabletop sessions ever, we ran through an entire setlist of music, building playlists and describing what turned out to be the best concert ever. It just so happened that the Black Canary band’s roster and makeup closely paralleled our own party makeup, so we used those visuals to kind of aid our imagining of the concert. Check out this screenshot from our collaborative Airtable:

Quinn’s a ton of fun mostly because the group I play in is a ton of fun as well. I’d imagine the same goes for most other OCs, simply because that’s how D&D works: It’s a collaborative storytelling game, and while a single character might be pretty rad on their own, it’s in their interactions with others that they really get to shine.

Anyway, I’ve gushed enough about my OC, so much so that I feel like I’m back on LiveJournal or something. Now, it’s your turn! Of all the characters you’ve ever played, who’s your fave?!