T-Pain Collects Racists on Call of Duty Twitch Stream: “I Want All of Them” 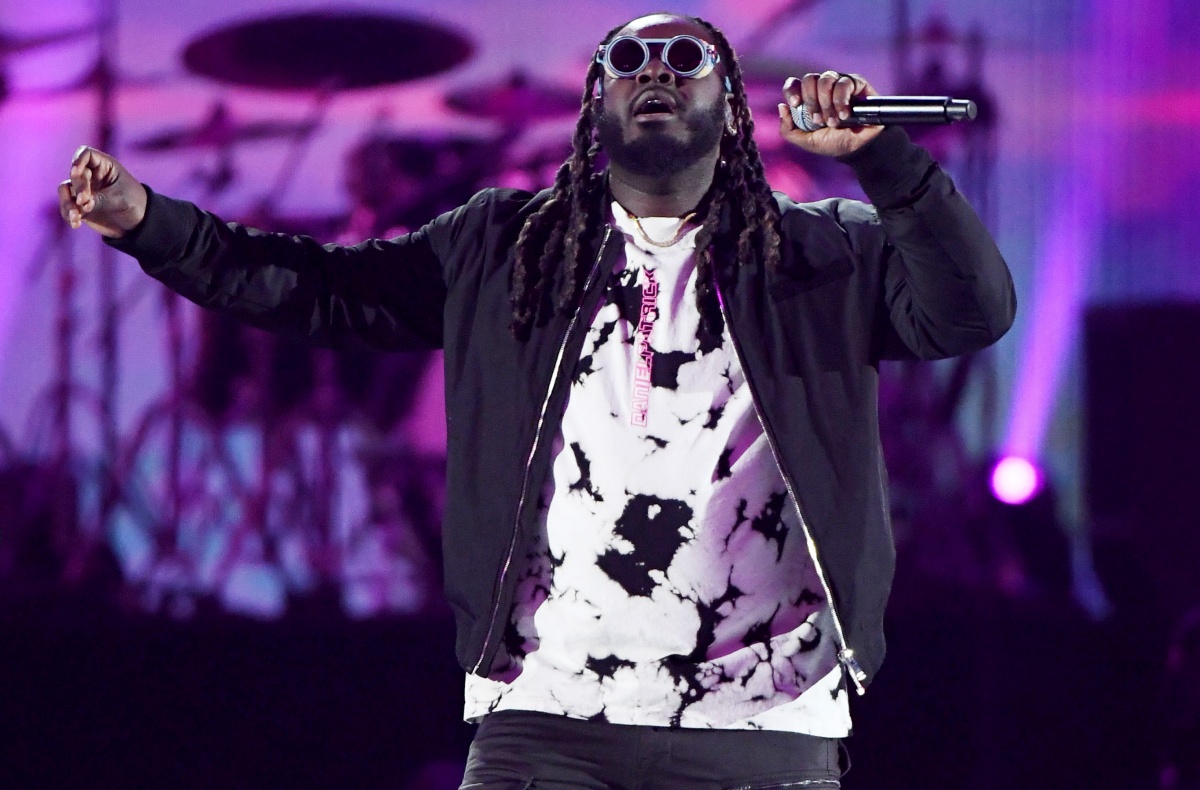 Playing games online while being a marginalized person is a hellish thing. People will often drop slurs, feeling bold in their anonymity to act up. Thankfully, rapper T-Pain let them know that wasn’t gonna fly.

T-Pain (Faheem Rasheed Najm) is an avid gamer who regularly streams on Twitch and just as he was beginning to start another round, other players started dropped the n-word and insulting Black Lives Matter. Why this needed to happen, I have no idea, but as the game began T-Pain made one thing very clear: “I want all of them.”

And the end of it all, he wiped out all the racist players in this particular round and took a celebratory drink.

INSTANT KARMA: Rapper T-Pain gets harassed and called the n-word by group racists on ‘Call Of Duty.’ Wipes out their entire team of racist and wins next round. pic.twitter.com/N9nEW3ncBJ

Last year #TwitchBlackout happened in response to the widespread issues of sexism, racism, homophobia, et al that takes place on Twitch from fellow streams and those who come into the chats.

WE ARE CALLING FOR A #TWITCHBLACKOUT

In effort to get @twitch @eshear to take note of:
– abuse
– racism
– sexual harassment, assault and rape

MAKE THEM NOTICE
Use #twitchblackout

Black female gamers have often spoken about the harassment they have faced. Gamer Daja Williams told Fast Company that she was called slurs from one of her teammates because they started to argue over who would play Lucio.

“You’re a fucking fat ass n—-r,” a male teammate says through his microphone. Williams has never met the guy she’s playing with and chances are slim to none that she ever will. More slurs blare into her ear as Williams blasts through other characters in the game. Flashing lights and swirling colors fill her screen, the intensity of the images almost mimicking the screaming match growing between Williams and her partner.

“Hang yourself, bitch,” the male teammate says as a final goodbye.

“Imagine getting racist just because I’m asking for a fucking Lucio,” Williams says. “That is so sad.” Williams logs off of the game and takes a breath as her headset and microphone remain in place. This isn’t her first time having slurs hurled at her while playing online. It’s become so commonplace that Williams has started documenting and recording when she gets harassed while on Overwatch.

Sadly, there has been little done to combat this, except block, report, and when they do come up to beat them so bad at the game that you can celebrate that small victory.