T-Ball vs. Barbie Doll: A Few Words on Gendered Toys 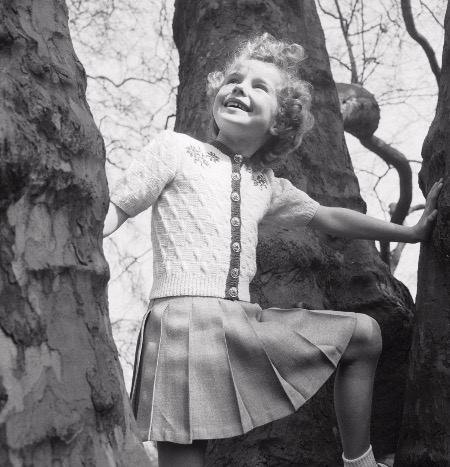 Throughout my youth, I cherished my He-Man and Han Solo “action figures” just as much as any yard sale-sourced Barbie doll I tossed into the toy bin. That’s not to say I wasn’t enamored with everything pink and frilly; I most certainly was. I would longingly eyeball the new Barbie dolls on store shelves, nestled in their vibrant magenta box, hair untangled and shiny, with tiny color-coordinated accessories that I desperately coveted.

In first grade, I think ‘princess’ capped off my top three future career choices, directly under ‘ballerina’ and ‘nurse’ (which was soon to be replaced with ‘actress’—sad but true, folks). My idols were She-Ra, Laura Ingalls Wilder, Jem, and every girl on Saved by the Bell. I had a crush on Macaulay Culkin. Pretty typical stuff for a lady born in 1983.

Those who were children in this era will perhaps remember the exhilarating glamour of a Sears Christmas catalog. I grew up in a very rural area. There wasn’t a mall within 100+ miles. The fat, glossy “Wish Book” would arrive in September and I would pore over the toy section with studious attention. My mother would make mocking reference to “The Pink Page”—an omnipresent section of hyper-feminine offerings. Let’s get real: I wanted everything on “The Pink Page.” But I wanted my brother’s wooden rubber-band rifle, too. 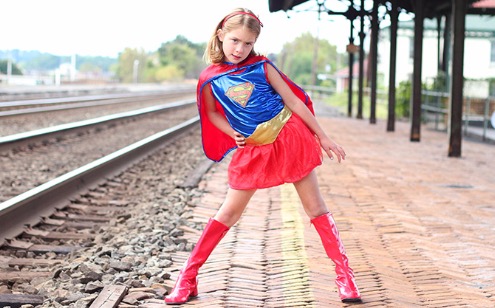 “I’m Superman and I’m a girl. Not Supergirl. Deal with it.” (via Costume Express)

This isn’t just a walk down memory lane. The internet has long been abuzz with conversations surrounding the prevalence of gender stereotypes in products aimed at children. Opinions are widely varied. From “Who cares?” to “My four-year-old girl or boy cares.”

But here’s one undisputed fact: Kids like toys. Period.

I’m pretty sure kids will play with anything. My favorite game when I was a youngster was “pioneers.” Which basically entailed wandering around in open fields. I loved climbing trees, poking melting street tar, splashing around in irrigation ditches. I had a never-ending stockpile of interesting sticks to play with. That was good enough for me. I was a tomboy and a girly-girl. I never once considered the gender politics of toys. I just … played. 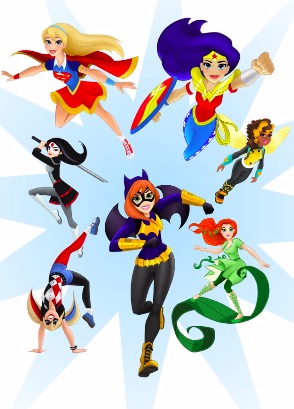 That’s nice. But nothing revelatory, to be sure. (via DC Comics)

DC Comics and Mattel recently launched a line of products focused on female superheroes and supervillains. Their marketing copy reads as if they invented the notion, but there’s nothing new here. The wasp-waisted, heavy-bosomed comic characters are purported to be teenagers. Sure, okay. Coincidentally, the animation style is a dead ringer for 1990’s-era Disney princesses. And that’s totally understandable, DC-and-Mattel’s Art Department. Stick with what sells, eh?

Still, a move like this begs the question, are CEOs listening to their consumers? It seems like every other day, another parent posts a picture or video to social media of a young daughter frowning with crossed arms, disappointed with the gendered playthings in her local, big-box-store toy aisle. Yes, these kids are influenced by their parents. But lest we forget, kids are humans with opinions, too. Their own opinions.

Today’s typical customers complaints range from the scarcity of “LEGO girls” to “You lose if you choose a girl character in Guess Who” and other valid criticisms. Full disclosure, I always lost at Guess Who in elementary school because I consistently picked the same girl. The game looks a lot different now, but big shocker: it was the “pretty” one. Who’s the stereotype now? Yep, that’d be me. 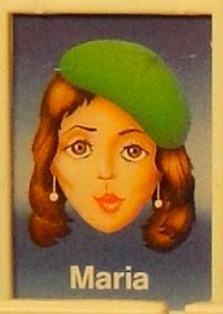 “Are you conventionally pretty?” Yes. “Are you Maria?” Dang it—how’d he know … again?!

Likely, these gender-pigeonholed marketing choices are being rubber-stamped in a board room by some socially-isolated old white dude, old enough to be a Korean War veteran, saying, “Girls will like this and boys will like this.” He’s entitled to his opinion. So is the kindergartener, or parent of a kindergartener, with issues over a retailer blatantly saying “NO. Pink toys are for girls, not boys.” Or vice versa.

Products aimed at adults are less far obvious. Why? Because isolating potential customers with outdated stereotypes means less revenue, duh. Sure, it if I had to pick between which car seems more “girly” or “manly”—a Dodge hemi pick-up or a Mazda Miata—I know the answer. Simultaneously, I know plenty of gals who drive mega-beefy trucks and men who prefer tiny, curvaceous coupes.

If the choice is between: homemaker damsel-in-distress or macho weapon-wielding killer, I will gladly take “NEITHER, thanks.” But let’s not pretend those are the only two options available for little girls and boys. Clearly, someone needs to get these kids some neat sticks and cardboard boxes.
The retrograde, ad-exec dinosaurs are dying out—and that goes for every industry, not just playthings. In the opinion of this writer, marketing directly to 5-year-olds is ludicrous and borderline-unethical anyway, even if it’s incredibly widespread. It’s worth noting that some behemoths are bucking the trend. Amazon’s offerings are now just titled “Toys,” for instance. 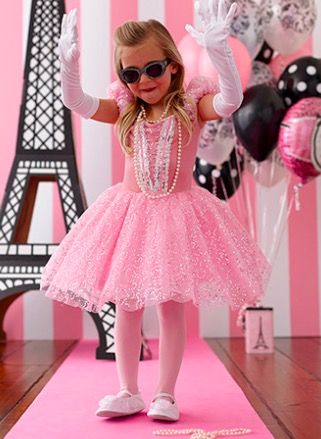 I’ll always have my childhood heroes. She-Ra was a rebel leader who fought against a tyrannical oligarchy, albeit in knee-high gold boots and mini-dress. The rugged, wholesome frontier tales of the Little House book series are still incredibly dear to my heart. Jem was “the first rockstar to win the Indy 500” and she even has a new movie coming out (but the jury’s still convening on that one). And, uh … well, the Saved by the Bell gals’ wardrobes are very much in line with current trends, I guess.

Did I love my pink floral, musical jewelry box with the spinning-ballerina more than I liked playing T-ball? Honestly, I can’t really remember. It’s possibly, though I doubt it. But it’s 2015 now. Even the president thinks young gals should have both, unequivocally. I couldn’t agree more.

Lydia Mondy is a geek from the northwest who sometimes takes a 30 minute break from feminism to enjoy a television show or two.