INTERVIEW: The Owners, Doctor Who, and More: Sylvester McCoy Chats With Us About His Career! 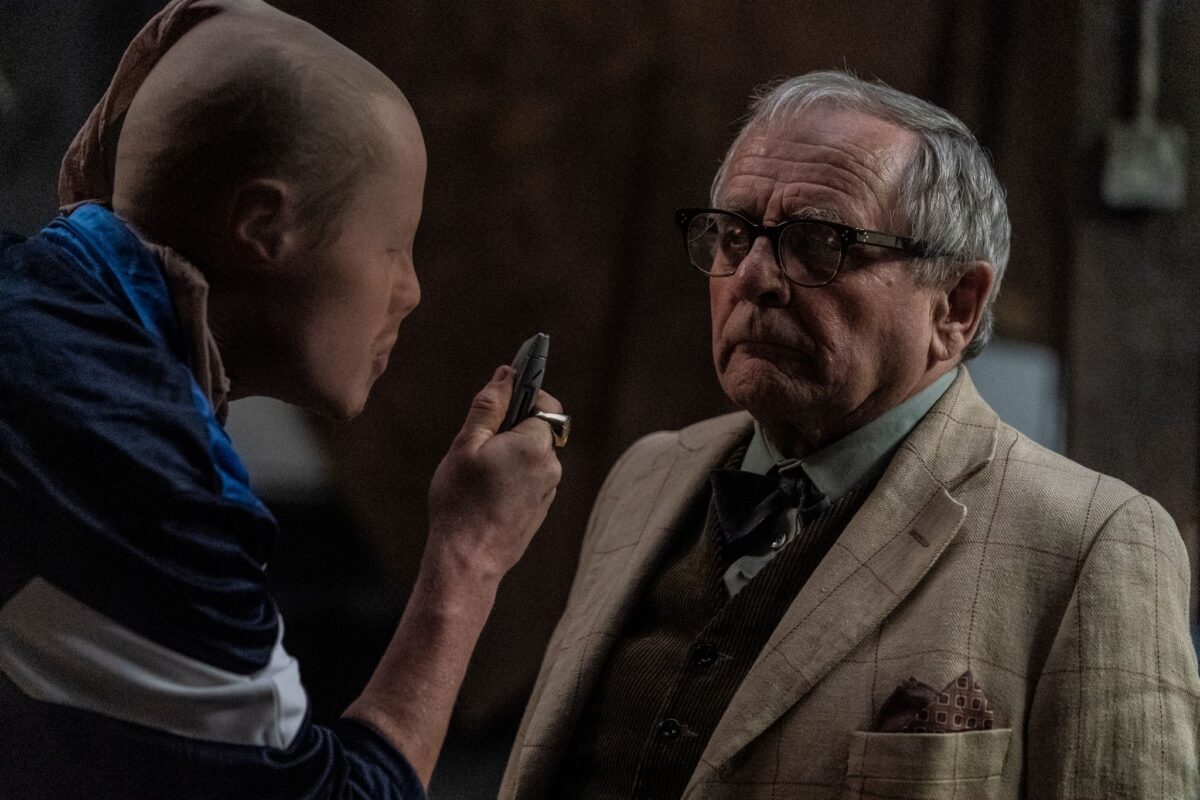 Getting to talk with Sylvester McCoy was something else for me, a fan of Doctor Who. But he was exactly as I imagined him. Fun, willing to talk about anything and everything, and ready to discuss his latest film, The Owners. Playing Dr. Huggins, he is faced with a home invasion that doesn’t go as planned for anyone involved.

McCoy was eager to talk about the movie and excited that I thoroughly enjoyed it!

THE MARY SUE: I have to admit, I am a very big Doctor Who fan and so I loved the film because not only are you a doctor but you’re a very twisted kind of doctor and I liked it very much. So I wanted to know what drew you into The Owners and what you enjoyed about playing this more sinister kind of man?

SYLVESTER MCCOY: The thing is that as an actor, you like to do very different kind of things and the villains, I always thought, were much more fun. It’s just much more fun being a villain rather than being a straight man. When I was doing Doctor Who, I brought in hints of darkness and mystery about the Doctor, I hope, I hope that worked. But this is going the full hog. Let it rip, if you know what I mean. So I think it’s great fun to do. Did you enjoy the film then?

THE MARY SUE: Yeah! I did a lot, I had to actively make sure I watched it in the morning because I had a feeling I was going to be afraid so I woke up in the morning and told myself I was going to watch it in the daytime. And it’s really fun talking to you right now because me, my older brother, and my dad all watch Doctor Who and it was very funny for me because when my dad got to Peter Capaldi he said “Finally, a Doctor who is Scottish” because we’re Scottish and my brother and I both had to be like “WELL … there are other Doctors who are Scottish, they just didn’t get to be Scottish as the Doctor”. And so, as an actor, is that kind of something funny now to look back on and be like “how come he got to have his accent”?

SYLVESTER MCCOY: Yes, when I did it, they were kind of trying to break into the American market and I think the producers were acting out of ignorance, really, thinking that Americans might not take, really, to a strong accent. Because if you remember Sophie (Aldred) who played Ace, she was supposed to be a street kid. So she should have been more like…oh dear, what was her name? Who became Christopher Eccleston’s companion?

SYLVESTER MCCOY: Rose! Sophie should have spoken more like that. But she wasn’t allowed to because they stupidly thought that the American audience wouldn’t be able to take it. And I was not encouraged but, you know, I rrrrrrrolled my rrrrrs a lot because I thought that’s a very Scottish thing to do, the English can’t do that. I mean the Scots go to warrrrrrr and the English go to war.

THE MARY SUE: Yeah, with my grandpa I was always “Rrrrachel”. But yeah, it’s very fun, I think, for me and I think it’ll be very fun for fans seeing this movie because it’s not only you but it’s also Maisie Williams so you’ll have a lot of Game of Thrones fans and Doctor Who and The Hobbit fans and it’s such a new and interesting take on the horror genre and so what do you hope audiences get out of a movie like this?

SYLVESTER MCCOY: Fear. And surprise, it’s got a good twist, I thought!

Sylvester McCoy and I later get into spoilers but I don’t want to ruin The Owners for you all because it’s quite a journey for fans of McCoy’s and just a fun twisting horror movie overall! You can see The Owners on VOD, digital, and in select theaters on September 4th.