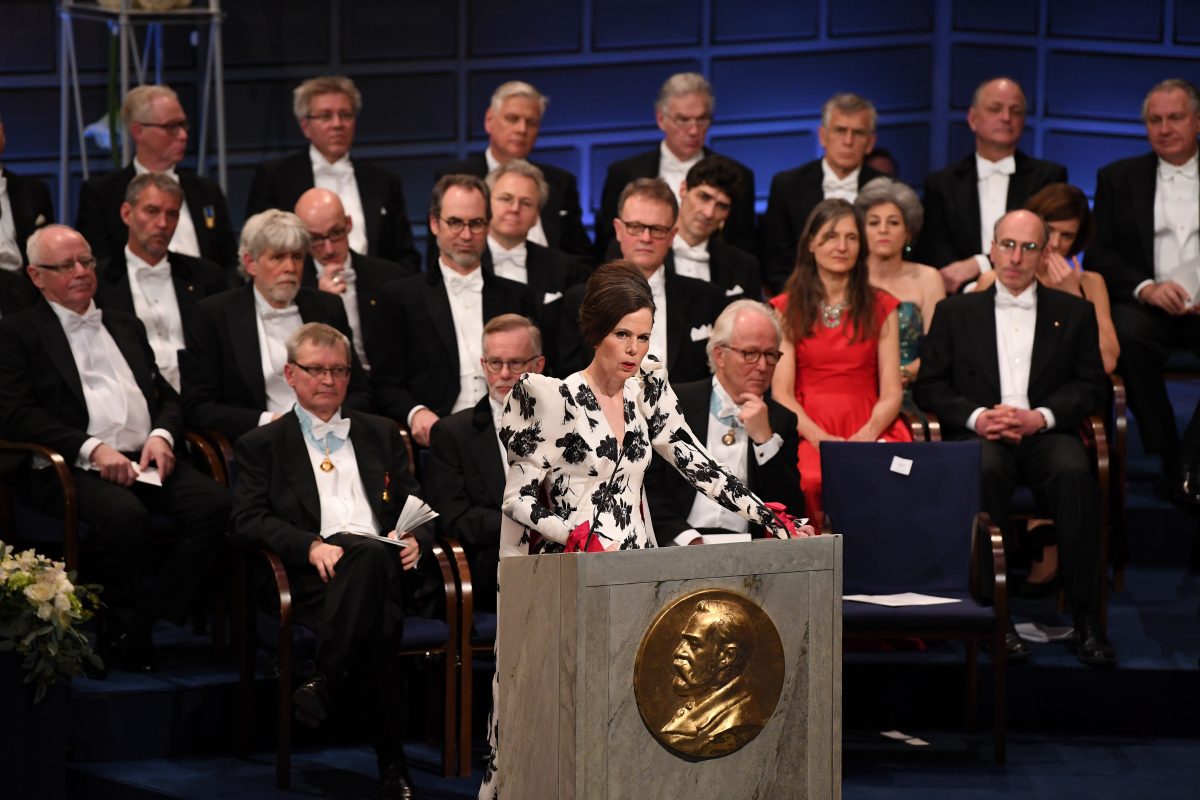 The Swedish Academy has announced that it will not be awarding the Nobel Prize for Literature in 2018 due to fallout from a sexual abuse scandal that has shaken the esteemed organization. In a press release posted on Friday, the Academy stated that a “crisis in the Swedish Academy has adversely affected the Nobel Prize. Their decision underscores the seriousness of the situation and will help safeguard the long-term reputation of the Nobel Prize.” This marks the first time the award has been postponed since 1949, and the Academy plans to announce two winners in 2019 to compensate for this year’s loss.

The scandal started in November, when Swedish newspaper Dagens Nyheter published allegations surrounding French photographer Jean-Claude Arnault, who was accused by eighteen women (including Sweden’s crown princess Victoria) of sexual harassment and assault spanning decades. The Academy was notified of Arnault’s behavior in a letter in 1996, but chose to ignore it. However, thanks to the rise of the #MeToo Movement, the story is now getting the attention it deserves.

Arnault is married to poet Katarina Frostenson, one of eighteen members elected to serve a lifetime appointment to the Swedish Academy, whose yearly job it is to select the winner of the prize. Together, Arnault and Frostenson run the Forum, a distinguished cultural center that receives funding from the Swedish Academy. Arnault was also accused of leaking prize winner’s names before they were officially announced, which could amount to what is essentially insider trading, given the heavy betting that takes place around the awards.

Sara Danius, the academy’s permanent secretary (and first woman to ever hold the position), responded to the allegations by cutting ties with Forum
and launching an investigation into their financial dealings. After a tense three hour meeting, the Academy refused to expel Frostenson, with three members resigning in protest. Danius later stepped down from her position, with Frostenson following soon after. This exodus leaves the Academy with only ten active members, which requires a minimum of twelve people to initiate new members. This rule can only be changed by King Carl XVI Gustav, who is currently taking the issue under advisement.

Many have spoken out against the development, especially with regards to two women receiving punishment for the actions of a man. Danius especially has been lauded for her efforts to drag the wealthy patriarchal Academy into the modern era. “All traditions are not worth preserving,” she told the Swedish press agency TT on Friday. “Caring for a legacy must not mean an arrogance and distance to society at large”.