How soon can we move to Sweden? 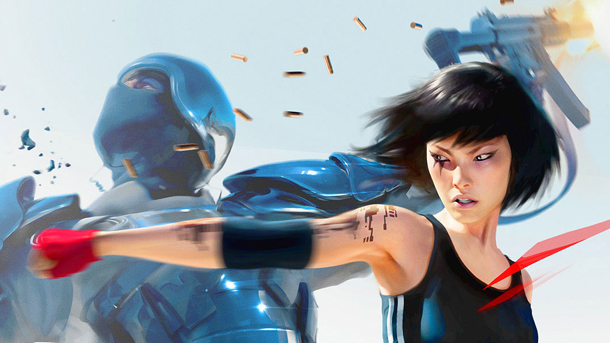 Welp, guess the social justice warrior dystopia is here! Time to pack up, everyone. Great work!

In all seriousness, those who are interested in seeing more gender equality in Sweden’s game industry will find it interesting to know that the leading trade organization in the country, Dataspelsbranchen, has just been given a 272,000 kronor grant ($36,672, for those of you playing at home) by a government-sponsored “innovation agency,” Vinnova, for the express purpose of analyzing how female characters are presented.

That’s right, government-sponsored feminist social criticism. Even weirder, it has nothing to do with Gamergate! (Despite a whole bunch of Swedish game developers banding together recently to speak out against gender-related harassment on the Internet, as a matter of fact.) it was actually inspired by the popularity of the “Bechdel Test,” which Sweden has already incorporated into their film ratings! Good god! Somebody find some pearls to clutch!

The proposed “label” idea isn’t a done deal yet, however. Project manager Anton Albiin told local English-speaking Swedish news publication The Local that it’s unclear whether each game produced in Sweden would be given an an individual grade, or if companies who promote equality would earn a certificate that they can then market themselves with, like some kind of PC Mag Award for equality.

He did stress, however, that Dataspelsbranchen will look both at women in games and behind them, analyzing both the content and the processes by which companies deliberately encourage diversity. Considering that only 16% of the country’s $935 million gaming industry is comprised of women, it’s that latter element that will more likely lead to more lasting change.

“Of course games can be about fantasy but they can be so much more than this,” Albiin said. “They can also be a form of cultural expression—reflecting society or the society we are hoping for. Games can help us to create more diverse workplaces and can even change the way we think about things”.

While the idea of a label that more-or-less says “hey this game is kinda sexist” feels legitimately kind of far-fetched—after all, it’s not like ESRB ratings really do all that much—it’s incredibly refreshing to see an entire industry even admit that gender equality is a problem, much less choose to focus their attention on it to affect positive change. You don’t see that every day.