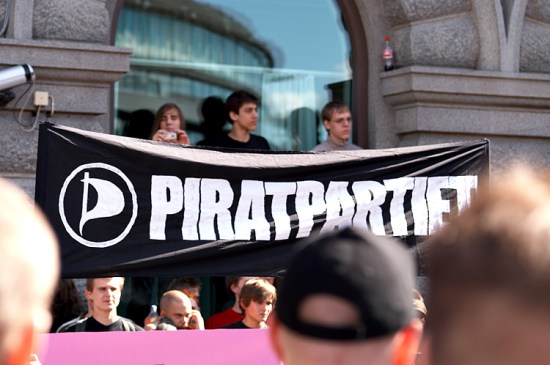 This is big: If things go swimmingly, Internet users will be able to conduct their suspect web-browsing activities under a shroud of maximum privacy. Hypothetically. According to TorrentFreak, CEO of Pirate ISP Gustav Nipe–speaking at the Malmö Hacknight conference in June–claimed Pirate ISP will neither allow the Swedish government to monitor users, nor retain logs.

In line with its ideals of “promoting global legislation to facilitate the emerging information society,” the Pirate Party will be cloaking its ISP with a service provided by ViaEuropa, the company also responsible for iPredator, TPB’s convenient anonymous VPN service.

Nipe says that Pirate ISP will embody the hacker mantra of “if you see something and you think it’s broken you build a patch and fix it,” arguing that their initiative was “one way to tackle the big brother society.”

He added, “The Pirate ISP is needed in different ways. One is to compete with other ISPs, let them fight more for our internet. If they don’t behave there will always be someone else taking their share.”

Swedish users are likely to be more worried about the Swedish Anti-Piracy Bureau on the homeland. Pirate ISP founders said that tactics would be employed to protect subscribers, though they were unwilling to reveal them.

We’ll find out soon enough if the dream is real. The service began beta testing in the city of Lund, with a very small tester group of 100 residents, and is expected to expand nation-wide by summer’s end. As for the rest of us, we’ll be busy saving up money and hard drive space for a vacation trip to Sweden.

(via Ars Technica via TorrentFreak)