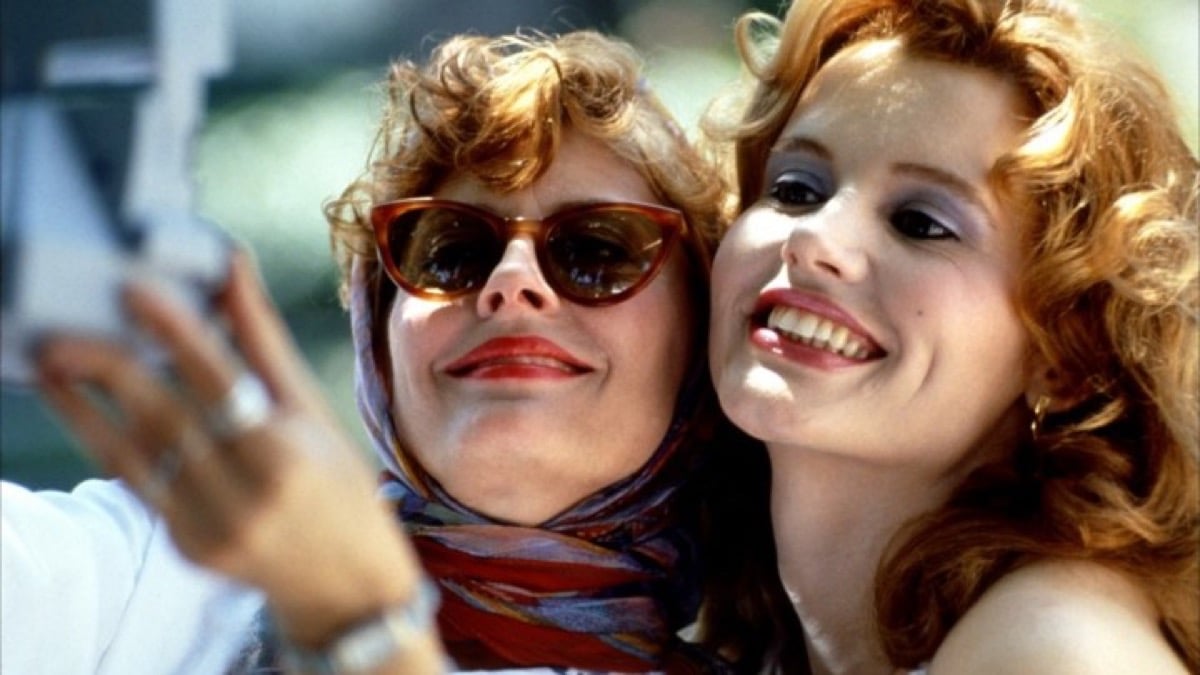 Susan Sarandon, Geena Davis, and Callie Khouri all reunited to celebrate 30 years of Thelma & Louise at Los Angeles’ Greek Theatre over the weekend, buring which all the ladies got very candid about the legacy of the movie and the pushback it got from men.

Khouri, the Oscar-winning screenwriter of the film, moderated the discussion and talked about how the film was meant to be a signal of things to come for women in cinema. The movie was nominated for many Oscars and was hugely impactful. Yet, that did not end up being the reality of where Hollywood went.

“There are going to be so many movies starring women, about women, female road pictures, whatever,” Davis said she thought at the time. “I’m thinking, hot dog, let’s sit back and wait for all this magic change to happen. We’re still waiting. It really did not happen. It seems like every five years or so, there’s another movie starring women that’s a huge hit and people say, ‘Well now certainly everything is going to change,’ and it really hasn’t.”

That is probably because while the film did do well, it was still subject of a lot of negative responses from men who saw it as a feminist, man-hating film that would cause women to just hate men en masse.

“With all the murder and mayhem that you see in movies that male critics would be going, ‘They killed the guy.’ But it was just one guy and he had it coming,” Khouri said. “Let’s not lose our heads here, it wasn’t exactly a murder spree.”

Not to mention the man they killed is an attempted rapist. It’s not exactly a sympathetic character who gets slaughtered because of being entrapped by some poor innocent woman.

“I completely underestimated that we were backing into territory held by white heterosexual males,” Sarandon said. “They got offended and accused us of glorifying murder and suicide and all kinds of things. It didn’t seem like a big deal, it seemed like it was unusual that there would be a woman that you could be friends with in a film. Normally, if there were two women in a film, you automatically hated each other for some reason … Next thing we knew, all hell broke loose.”

“I’ll never forget his name,” she said. “I was like, wow, you really got to have your tighties in a wad to call this movie neo-fascist after all the bullshit that women have had to put up with in every movie that’s ever been made.”

Wow, so they were really mad at this project. That is such a stark comparison to all of violent revenge films starring men we have gotten since then—or even the recently Oscar nominated A Promising Young Woman, which in many ways continues the legacy of Thelma and Louise of crafting complicated stories about women trying to get justice.

Thankfully, we have slightly outgrown that. But only slightly. I mean, people were offended by Captain Marvel, so …