Senator Susan Collins Says Anti-Kavanaugh Groups Are Trying to “Bribe” Her. That Is the Opposite of What’s Happening. 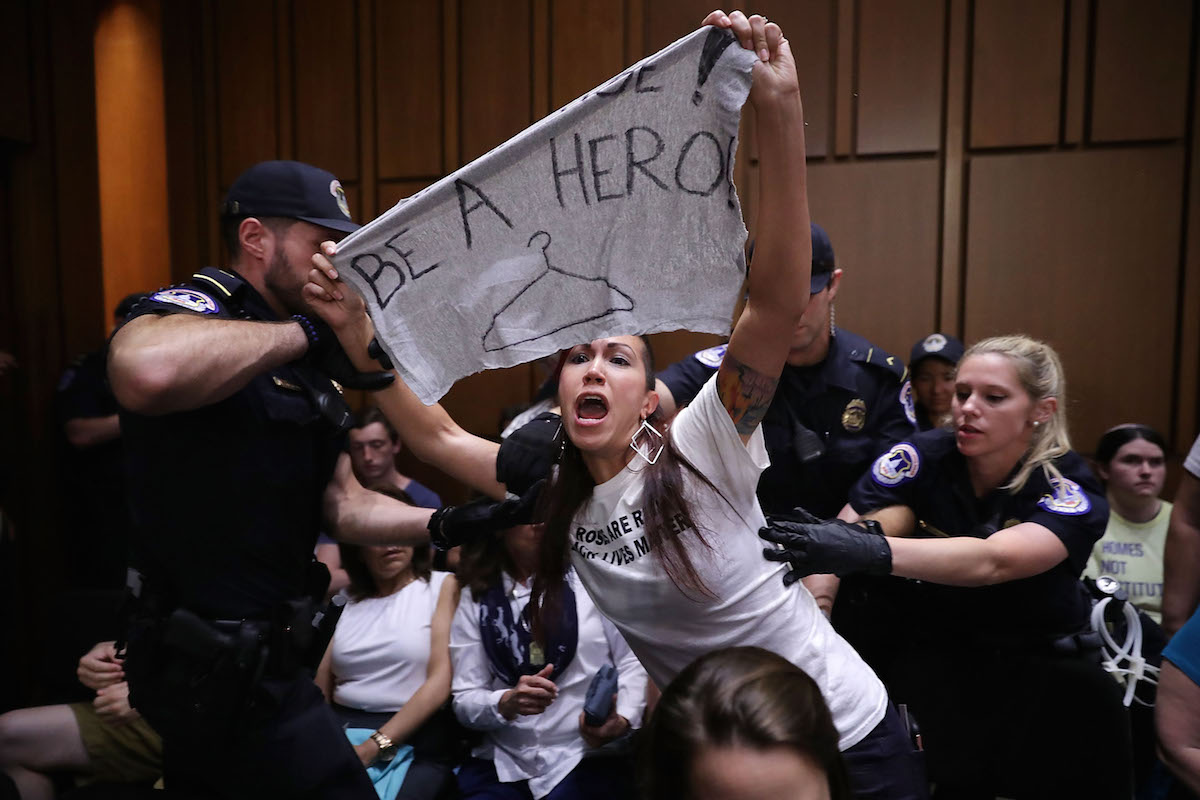 Senators Susan Collins of Maine and Lisa Murkowski of Alaska are thought to be two Republicans who have a chance of voting against the confirmation of SCOTUS nominee Brett Kavanaugh.

Collins recently said that she was still undecided on what her vote would be, saying that if he “was not truthful” in his hearing, and we’ve seen that he wasn’t, “then obviously that would be a major problem for me.” Also, those two women, along with West Virginia’s Shelley Moore Capito, have broken with party lines before, most notably voting against the repeal of the Affordable Care Act. Since pretty much every other Republican is guaranteed to vote to confirm Kavanaugh, Collins’ and Murkowski’s constituents have been putting extreme pressure on them to vote no.

In addition to the usual calls and visits to Collins’ office, people have been getting creative in finding ways to express their anti-Kavanaugh opinion. Pro-choice activists have reportedly sent Collins, who is one of the very few pro-choice Republicans, about 3,000 coat hangers, a reference to the dangerous and potentially fatal illegal abortions women were forced to seek out or self-perform pre- Roe v. Wade.

Two Maine advocacy groups (Maine People’s Alliance and Mainers for Accountable Leadership) have also joined together for an ingenious crowdsourcing campaign. The idea is that people can donate now, before the outrage over Kavanaugh inevitably fades into a memory, and if Collins votes against his confirmation, everyone’s money is refunded.

If she votes yes, that money will go to fund the campaign of whomever her opponent is when she’s up for re-election in 2020. She’s getting an overwhelming amount of feedback from constituents pushing her to vote no, but she may be betting on the fact that in two years, people will have forgotten this specific vote. This sort of direct action crowdsourcing makes sure that she listens to voters now.

As of writing this, the campaign has raised about $1.2 million from people who don’t want to see Kavanaugh on the Supreme Court. (Many of those are $20.20 donations.) Unsurprisingly, Collins isn’t too happy with the barrage of negative attention. But you would think she could at least find the right words to apply to the situation. Instead, she’s dubbing that crowdsourced money a “bribe.”

Collins told the conservative news site Newsmax that she sees this as “quid pro quo fundraising” and “the equivalent of an attempt to bribe me to vote against Judge Kavanaugh.”

Google what a bribe is. You might be surprised, @SenatorCollins https://t.co/mKT7106Iif

This is in no way a bribe. For one, this money would never go to Collins. It would go back to voters or it would go to her Democratic opponent. But it’s also not a “bribe” for people to donate money to the campaigns of politicians pledging to serve their interests. It’s Collins’ job to serve the people of Maine. If she’s not going to do that, and if she won’t give thoughtful consideration to their concerns, they have the right to pledge their support to her opponent, both with their votes and with their money.

Seeing as Collins has said that “this effort will not influence my vote at all,” and that she thinks “it demonstrates the new lows to which the judge’s opponents have stooped,” that looks to be one well-funded Democratic opponent.