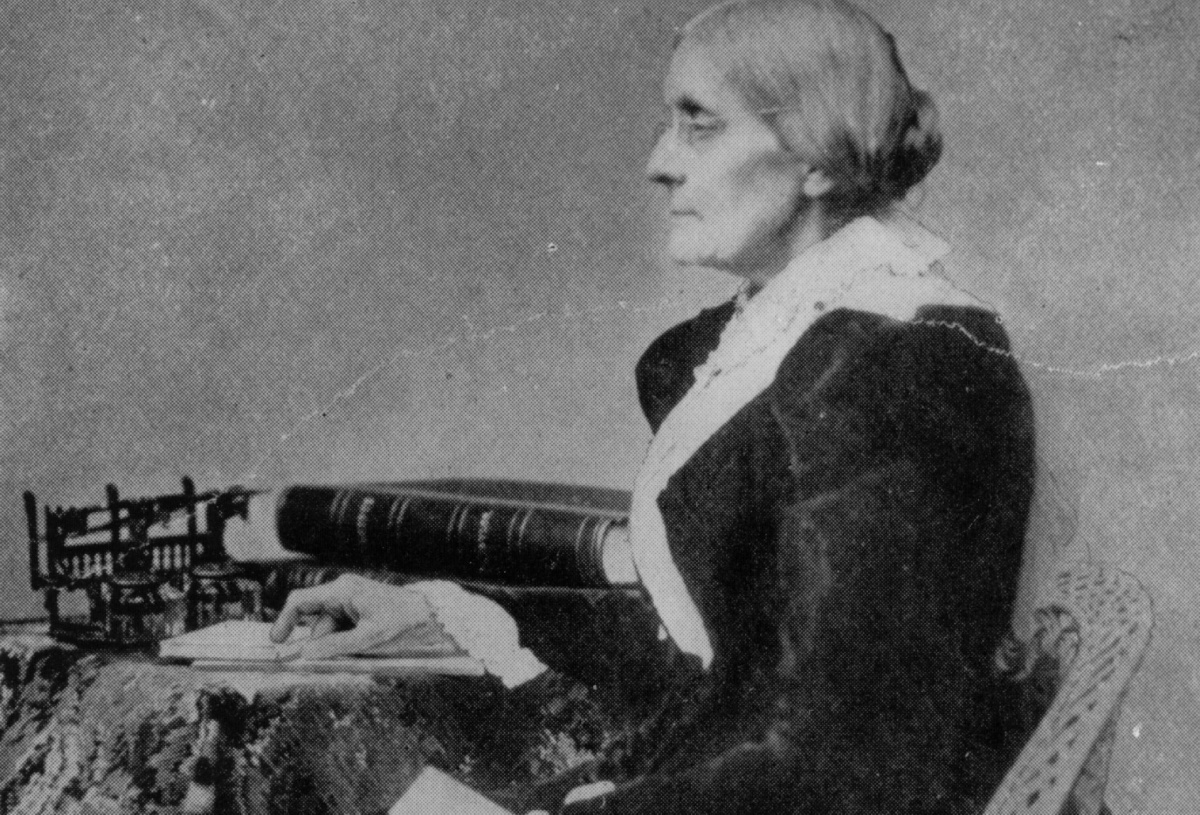 Just like in the 2016 election, CNN is reporting that people, especially female voters, are putting “I Voted” stickers on the grave of noted suffragette Susan B. Anthony, because she’s the one everybody talks about, and none for you, Ida B. Wells.

Now, just like last time, I found this outpouring of revisionist social studies (because it’s not history) toward Anthony to be annoying, because if anyone is emblematic of the 53%, it would be Susan B. Anthony and her sister in racism, Elizabeth Cady Stanton.

You want to celebrate some women who fought for ALL of our right to VOTE – here are a few to start with https://t.co/oQF8oxj4aL pic.twitter.com/w3EyDRJdLH

While both Anthony and Stanton started off as abolitionists who tied their suffrage movement with the movement to abolish slavery, Black leaders like Sojourner Truth and Frederick Douglass were also a part of the suffrage movement, in addition to abolishing slavery, as some of the first intersectional icons of their time, but again, no stickers for them.

In the beginning, Anthony and Stanton were committed to both movements. Anthony had the radical belief, at the time, that freed slaves and free Blacks should not be shipped back to Africa; instead, they should be allowed to live in America as citizens: “Let us open to the colored man all our schools … Let us admit him into all our mechanic shops, stores, offices, and lucrative business avocations … let him rent such pew in the church, and occupy such seat in the theatre … Extend to him all the rights of Citizenship.”

Then, everything changed when, to the shock and awe of many, Black people were granted citizenship and the right to vote under Fourteenth and Fifteenth Amendments to the United States Constitution, except women were still not granted those same rights, white or black. As a result of that, neither Antony nor Stanton supported the passage of either Amendment.

While both women said that their opposition was due to the lack of equality for African American men and women and white women, when you look at the way they both conducted their language after the fact, it’s not hard to see the 53% jumping out of them.

In History of Woman Suffrage, written by Antony, Stanton ,and Matilda Joslyn Gage (who was overall better than the other two, but sadly participated in this feature), Antony wrote, “An oligarchy of wealth, where the rich govern the poor ; an oligarchy of learning, where the educated govern the ignorant ; or even an oligarchy of race, where the Saxon rules the African, might be endured ; but surely this oligarchy of sex, which makes the men of every household sovereigns, masters ; the women subjects, slaves ; carrying dissension, rebellion into every home of the Nation, can not be endured.”

First, I love how Anthony says that we can endure crushing capitalism, intellectual elitism, and racism, but sexism that is where we draw the line. It cannot be endured! Secondly, look at that overuse of the semicolon—never let anyone tell you grammar is fixed.

Then, of course, there is the often quoted, “I will cut off this right arm of mine before I will ask for the ballot of the Negro and not for the woman,” which she said to Frederick Douglass. Because black women do not exist, and if white women don’t have equality to the savage Negro, then the country is doomed!

Sound too dramatic? Well, let’s take it to our girl Bess, who once said that it is “a serious question whether we [white women] had better stand aside and see ‘Sambo’ walk into the kingdom first.” Oh, but she wasn’t racist, they just wanted everyone to get the vote at the same time! Oh really? Well then let’s look at the 1913 suffrage parade in Washington, D.C., where black suffragettes like Ida B. Wells were asked not to march, or to march in the back as not to offend the Southern women present.

Also, she said “Sambo.” That is full-blown racism.

Look, suffrage is a complicated issue not because of the nature of the movement, but the nature of women “leading” it. Susan B. Anthony is part of the reason that women have vote, yes, but she is one of many, many women who have fought for that right and continue to do so now, in the face of voter suppression still affecting communities of color.

So I’m just saying it’s fine to respect and admire what she did, and I have problematic historical favs myself, but I’m not putting stickers on their graves. Let’s not lionize a woman who was so ready to turn on black people for the sake of white women.