Surgeon X Is a Tribute to Trailblazing Female Surgeons Throughout History 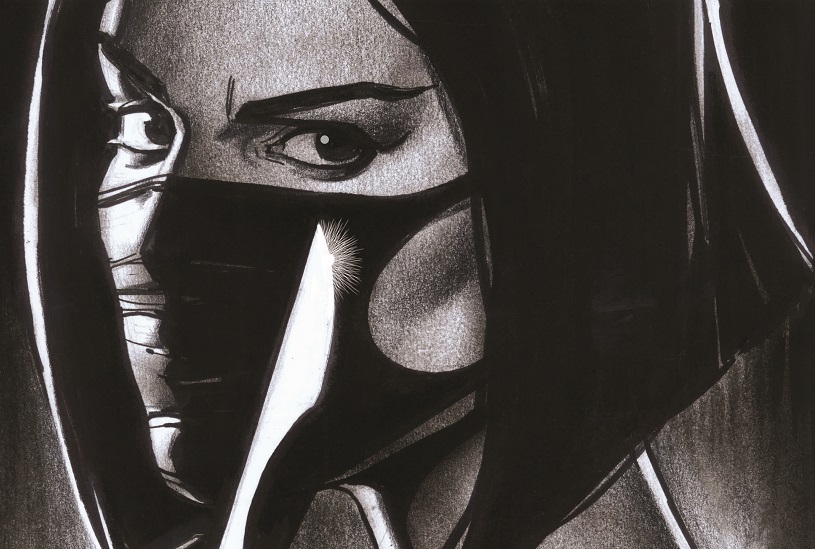 Rosa Scott, aka Surgeon X, is a comic book character I’ve been thinking about for a long time. What does it take for a woman to become a surgeon in what is still predominantly a man’s world? How do I twist that up and make her a compelling comic book lead? Rosa lives in London, 20 years from now, but the world has changed. We’re in the midst of an antibiotic apocalypse, the bedrock of modern medicine has crumbled and a simple cut can kill. She’s a Surgeon who works for a collapsing National Health Service (NHS), but decides to leave and set up her own underground surgery.

The wonderful artist John Watkiss brings this character to life, with his incredible knowledge of the human form and the landscapes that surround them. My editor, the legendary Karen Berger, helped me realize this world and transition from someone who writes for TV to a comic writer (no easy thing and I’m still learning). As a documentary and factual drama writer, I’ve worked with many doctors and surgeons over the years. For Surgeon X, I’ve been working with not only surgeons & scientists but also medical historians, sociologists, ethicists and philosophers to imagine the internal and external conflicts that will challenge our protagonist.

I’ve always admired doctors’ extraordinary dedication to the cause. They chose a life involving years of training, long hours and extreme pressure. One of the things I’ve found interesting is talking to experts about our perceptions of what a surgeon is and where those ideas come from.

Being a doctor is one thing–but what do we think of when we hear the word surgeon? Probably an older, middle-class, often-white man. Only 19% of surgeons in the US are women, and that figure drops to 10% in the UK. As historian Dr. Harriet Palfreyman from Manchester University told me, “Women have always had a tough time accessing surgery. In the early modern period there were barriers, cultural barriers, such as long held assumptions about the inferiority of women, both intellectually and physically, surgery was a very physical craft, there was a lot of sawing, amputations and bleeding and it was taught through witnessing dissections.” None of this was considered to be appropriate for a female audience!

But if we look back in history, there have been incredible women forging the way in surgery. Ancient history reveals women were actively involved in surgery in Egypt, Italy and Greece. During the Middle Ages in Europe, it wasn’t deemed appropriate for women to work in this profession, but things began to change again in the 20th century. Louisa Aldrich-Blake, against all odds, became the first surgeon in the UK, working in WWI. Elizabeth Garret Anderson was the second woman to become a physician and surgeon in the UK, but had to open her own hospital in order to practice. Mary Edwards Walker, a New Yorker, was a surgeon during the Civil War and as of 2016 is the only woman to receive the Medal of Honor.

These women had to fight their way into this discipline, but things are still changing; now, 50% of all medical trainees are women, and a lot more of them are choosing to become surgeons. Clearly, it’s important to have female role models. Of course, given that Surgeon X abandons her Hippocratic oath and embarks on a path embracing London’s criminal underworld, I’m not suggesting Rosa is that role model, but the comic is a work of fiction, so perhaps I’m wrong about that! She has a dark side, but don’t we all, to a greater or lesser degree?

If we’re looking for modern day, female superheroes to inspire the next generation of surgeons, then look no further than one of the consultants on the comic: Caroline Moore, a urological surgeon at University College Hospital in London and mother to four children. She says that “there’s a real move to change things, because we know that more than half of medical students are women now across the UK. And if we assume that talent is equally distributed between men and women, which I believe it is, then if we systematically discourage half the population not to be surgeons, then we won’t get the best doctors or surgeons.” I’m grateful that surgeons like Caroline are sharing their experiences. It’s this sort of passion and knowledge that break down those barriers.

Surgeon X doesn’t have children, but in the comic Rosa’s twin sister, Dr Martha Scott, juggles family life with working as a microbiologist looking for new antibiotics. Their younger half-brother programs Rosa’s computer equipment. When their mother dies in mysterious circumstances, they are thrust into a world full of conspiracies and fear. Rosa chooses her patients, but in doing so she starts to make moral rather than medical judgments. In the UK we are lucky to have the NHS, but in many other countries, politics, money and influence really will play a part in deciding the treatment an individual receives.

Experts say that the antibiotic crisis is going to get worse before it gets better, so perhaps we need to keep encouraging young medical students from all backgrounds to consider a career in surgery. So what would a real surgeon say to anyone interested in this path? Caroline Moore says, “I think surgery is intrinsically a fascinating and challenging job and way to spend your life. I think the fact that you can be there at a really important part of somebody’s life, it may be helping them get through an operation after cancer, transforming lives in all sorts of different ways–I think that is a fantastic thing to do and very rewarding.”

I wrote Surgeon X because I wanted to explore the theme of the future of surgery and medicine through the eyes of a strong and imperfect female lead. I wanted to tell a thrilling story, full of mystery and intrigue and to entertain the audience. However, along the way I’ve found myself addressing unexpected themes–those of antibiotic resistance and medical inequalities. Ultimately, the choices people make in this future, imaginary world are of course a measure of their character–good, bad and somewhere in between.

Sara Kenney is the writer of Surgeon X, published by Image Comics and on Comixology.com. An app version of Surgeon X, featuring documentaries and animations, can be found at Google Play or the App store. Follow Sara via her site, Wowbagger Productions.