Well I guess we couldn't get five days into Pride without some homophobia. 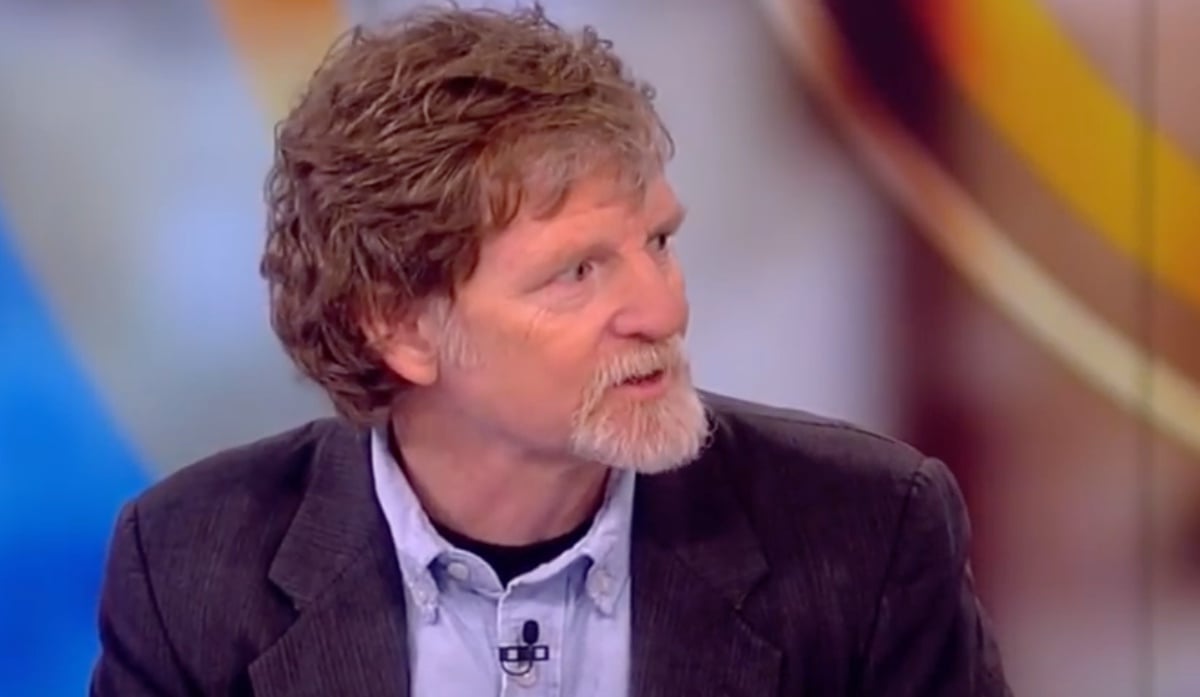 In a 7-2 decision, the Supreme Court has ruled in favor of the Colorado baker who refused to make a wedding cake for a gay couple back in 2012, in the case Masterpiece Cakeshop v. Colorado Civil Rights Commission.

We’ve covered this topic before, but as a refresher: back in 2012, David Mullins and Charlie Craig, a gay couple, went into Masterpiece Cakeshop in Colorado and asked for the owner, Jack Phillips, to make a cake for their wedding. Phillips reportedly said, “I’m sorry, guys, I can’t do that.”

Because Colorado has anti-discrimination laws and Phillips was refusing to make the cake based on his religious beliefs, the ACLU and other Civil Rights organizations wanted to use this case as a way to hopefully set a precedent that religious freedom can’t be used as an excuse to discriminate against LGBTQIA+ people.

The religious liberties vs. civil rights debate has been at the heart of this case. Phillips claimed that he runs his business “guided by religious principles, closing on Sunday and refusing to make cakes containing alcohol or celebrating Halloween” according to NBC news.

Initially, the Colorado courts ruled that the state’s public accommodation law banned discrimination by companies offering their services to the public. Their argument was that no one would assume the cakemaker shared the same values as the couple. Still, Phillips fought the decision. As a result, he stopped selling wedding cakes, which he said “cost him about 40 percent of his business.” The case was taken up by the highest court in the land.

The opinion by Justice Anthony M. Kennedy, public to read in its entirety, basically says that the Colorado Civil Rights Commission did not fully take into account the religious beliefs of Phillips and that the commission had been “hostile” to the baker’s faith:

That consideration was compromised, however, by the Commission’s treatment of Phillips’ case, which showed elements of a clear and impermissible hostility toward the sincere religious beliefs motivating his objection. As the record shows, some of the commissioners at the Commission’s formal, public hearings endorsed the view that religious beliefs cannot legitimately be carried into the public sphere or commercial domain, disparaged Phillips’ faith as despicable and characterized it as merely rhetorical, and compared his invocation of his sincerely held religious beliefs to defenses of slavery and the Hol- ocaust. No commissioners objected to the comments. Nor were they mentioned in the later state-court ruling or disavowed in the briefs filed here. The comments thus cast doubt on the fairness and impartiality of the Commission’s adjudication of Phillips’ case.

“The Court’s precedents make clear that the baker, in his capacity as the owner of a business serving the public, might have his right to the free exercise of religion limited by generally applicable laws.” Kennedy also wrote: “The outcome of cases like this in other circumstances must await further elaboration in the courts, all in the context of recognizing that these disputes must be resolved with tolerance, without undue disrespect to sincere religious beliefs, and without subjecting gay persons to indignities when they seek goods and services in an open market.”

The other argument Phillips used was calling his cake making a form of artistry.

Alliance Defending Freedom Senior Counsel Kristen Waggoner, who represented Phillips, made the following statement after the opinion was released: “Jack serves all customers; he simply declines to express messages or celebrate events that violate his deeply held belief. Creative professionals who serve all people should be free to create art consistent with their convictions without the threat of government punishment.”

Only Justices Ruth Bader Ginsburg and Sonia Sotomayor dissented. In the written dissent Justice Ginsburg said: “[W]hen a couple contacts a bakery for a wedding cake, the product they are seeking is a cake celebrating their wedding—not a cake celebrating heterosexual weddings or same-sex weddings—and that is the service (the couple) were denied.”

The other liberally leaning justices, Elena Kagan (appointed by Obama) and Stephen Breyer (appointed by Clinton) joined in with the conservatives. Clarence Thomas, of course, did nothing.

For those wondering why it is being considered “narrow” despite being 7-2, as Sunny from The View explained to me, it is because it is narrow in the scope of what the decision covers. As more cases come forward around this issue, it could lead to different decisions.

While I am deeply saddened by the decision, I take something really important out of it: this is why we as progressives need to mobilize and vote together when elections come up. I try not to take much from anti-choice Evangelicals, but they have managed to push and mobilize an entire political party around one issue. This, along with all of the rollbacks against abortion rights on a state level, should remind everyone how important it is to vote in local and state elections.

Constant vigilance. We need to challenge each other and work towards building a stronger progressive movement, but we have to do it actively and as strongly as the Right do so.

I’m tired of going high and letting people kick me just to look like a better person. If they want to take away our civil liberties, we need to work to keep them.

Jack Phillips, despite being softspoken and relatively benign about this whole affair, is still operating within homophobia. His religious beliefs are based on homophobia and just because he looks like a nice man and doesn’t swing slurs at the gay couple or engage in aggressive hateful actions it doesn’t make it not hurtful and bigoted against the people he is refusing to serve.

I wish that Christians would focus more on the New Testament than the Old Testament because Jesus said love thy God and love thy neighbor. Loving doesn’t mean approving of everything, it means not being a dick.