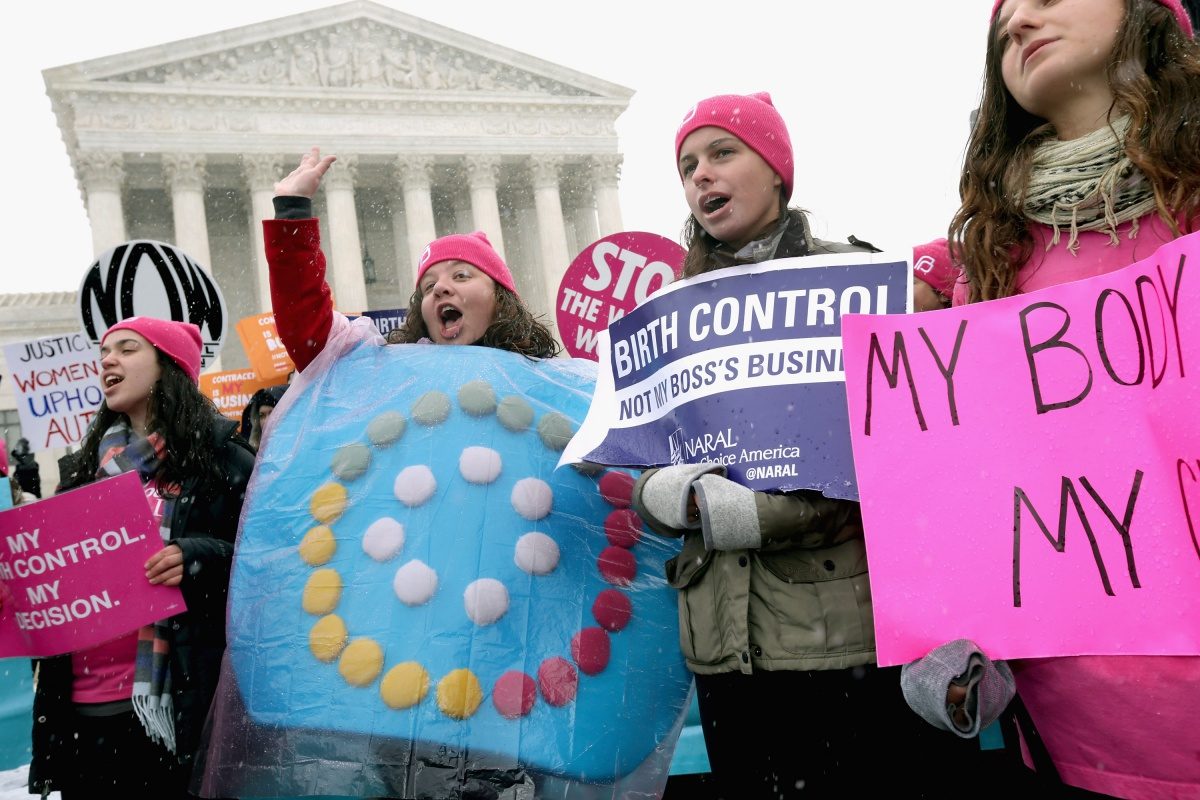 This morning, the U.S. Supreme Court voted in favor of the Trump administration, allowing employers with religious or moral objections to deny free birth control coverage under the Affordable Care Act. The case, Trump v. Pennsylvania, in conjunction with Little Sisters of the Poor v. Pennsylvania, centers on Obamacare’s controversial birth control mandate, which requires most private health insurance plans to cover birth control for free.

BREAKING: The Supreme Court just sided with the Trump administration, ruling your employer or university can deny you birth control coverage based on a religious or moral objection.

We’ve said it before and we’ll say it again: Religious liberty is not a license to discriminate.

The 7-2 ruling reverses a lower court decision that had ruled in favor of the ACA. Justices Ruth Bader Ginsburg and Sonia Sotomayor dissented from the Court’s opinion, with Ginsburg writing, “Today, for the first time, the Court casts totally aside countervailing rights and interests in its zeal to secure religious rights to the nth degree.” She added, “This Court leaves women workers to fend for themselves, to seek contraceptive coverage from sources other than their employer’s insurer, and, absent another available source of funding, to pay for contraceptive services out of their own pockets.”

“We hold that the [Trump administration] had the authority to provide exemptions from the regulatory contraceptive requirements for employers with religious and conscientious objections,” Justice Clarence Thomas wrote for the majority. He was joined by fellow conservative Justices John Roberts, Samuel Alito, Neil Gorsuch, and Brett M. Kavanaugh.

Justices Elena Kagan and Stephen Breyer did not join the majority opinion, but agreed with the conservatives to send the case back to the lower court.

Republicans have been chasing this ruling since the creation of the Affordable Care Act, with several cases tried in lower courts across the country. The birth control mandate, which has allowed nearly 63 million people to access affordable birth control, was previously heard in the Supreme Court case Burwell v. Hobby Lobby in 2014, where the court ruled in favor of the crafting store giant.

This ruling deals a major blow to reproductive rights and justice, which have been under threat since Trump’s election. It is infuriating that in 2020, people need to get their employer’s permission to make private medical decisions for their own body. It is a devastating outcome for the untold number of people who require birth control for medical reasons outside of preventing pregnancy, like reducing the risk of uterine and ovarian cancers, helping to alleviate menstrual cramps and endometriosis, and a host of other functions that birth control provides. With this ruling, between 75,000 to 125,000 women would lose coverage.

It is impossible to reconcile the conservative opinion on the birth control mandate with the anti-choice movement. It has been proven, time and time again, that free access to birth control lowers the rate of unwanted pregnancies, and therefore lowers the abortion rate. It’s almost as if conservatives are more concerned with controlling our bodies than with the actual logic of their choices (no surprise there).

Kristyn Brandi, board chair of Physicians for Reproductive Health, previously released a statement saying, “Contraception is an essential component of health care. Its necessary coverage should not be lost to the whim of employers, … It not only allows people to plan and space their pregnancies in a way that is best for their health and their families, but also helps manage a variety of health conditions.”

The people who have benefited most from guaranteed birth control coverage are people of color and young people. This isn’t accidental. It is yet another part of the network of oppressive tactics that reinforce white supremacy.

Many took to social media to urge citizens to vote and to remind us that decisions like this are the direct result of Trump’s election.

If you’re not voting for Biden and Senate Dem candidates this November, you’re voting for more Supreme Court days like today.

Should decisions on health care be determined by the patient? Or, should they be controlled by the whims of the employer? Today’s Supreme Court decision makes it clear why health care is a human right, not an employee benefit, and why we must pass Medicare for All.

Another reminder from the Supreme Court today that “pro-life” activists are not, in fact, all that interested in preventing abortions — we know the most effective way to do that (contraception) and they oppose it. They just came for your birth control. And they won.