Celebrate International Women’s Day With These Women Running for Senate 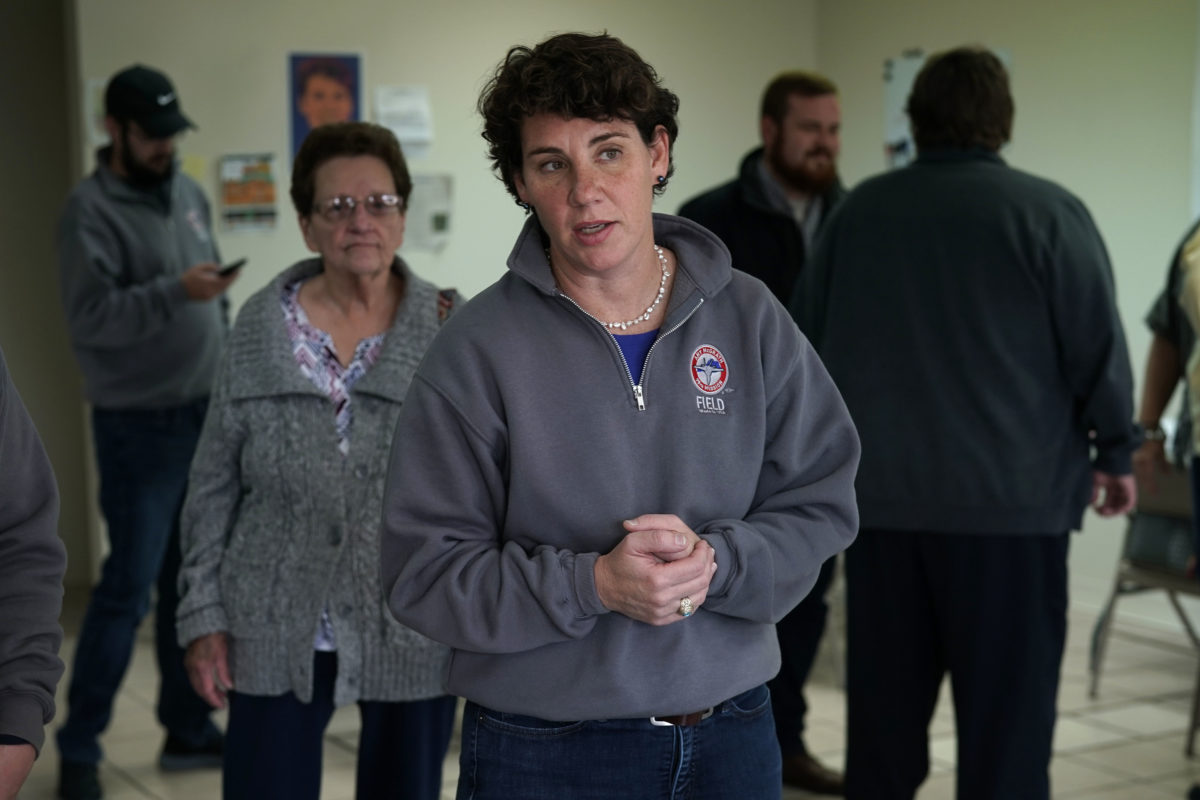 The 2020 Democratic primary started strong with six women running for the nomination. But now that Senators Amy Klobuchar and Elizabeth Warren have suspended their campaigns, the choice has been winnowed down to two old white guys: Senator Bernie Sanders and former Vice President Joe Biden. One of those men will go head to head to Donald Trump to be our next president.

With these results, our dream of the first woman president is pushed another four years into the future. But there’s no time to be sad about it. While a woman may not be on the docket for 2020, there are dozens of women running for office in America up and down the ballot, looking to make a difference.

No matter who wins the 2020 election, little will change without the support of our House and our Senate. And for the first time in a long time, we have the opportunity to flip the Senate blue. Republicans hold a slim majority with 53 to the Democrats’ 47 seats. 12 Democratic seats are up for re-election against 23 Republican seats.

Let’s meet some of the women looking to unseat Republicans and take back the Senate:

We can win this race and replace her in the Senate this November—but we need your help to do it: https://t.co/5a7Wn6HVpI

Who is She: Gideon is the Speaker of the Maine House of Representatives.

Why Her: Collins’ position as a “moderate” Republican has been vulnerable ever since she cast the deciding vote to confirm Supreme Court bro Brett Kavanaugh. Gideon is running on a pro-choice platform and advocating for lower healthcare costs. She has been endorsed by multiple labor unions and is closing in on Collins fast. Plus, she’s a smart and experienced woman of color who knows how to get the job done.

I’m running to replace Mitch McConnell in the U.S. Senate. Everything that’s wrong with Washington had to start somewhere—it started with him. With your help, we can defeat Mitch and defend democracy. Join us: https://t.co/c4b0WAp4ji pic.twitter.com/DNLjFkHGua

Who is She: Lieutenant Colonel Marine, veteran of Iraq and Afghanistan, the first woman in the Marine Corps to fly a combat mission in an F/A-18.

Why Her: McGrath is a decorated war veteran and a no-nonsense moderate candidate who believes in common sense gun reform. But more importantly, she is looking to unseat obstructionist swamp creature Mitch McConnell, and that’s more than enough reason to support her. Is she the most progressive candidate? No, but she’s the one with the best chance to win Kentucky and rid the country of Moscow Mitch.

I became a doctor to help people. And I went into public service to fix things that were broken. I'm running to be your next US Senator to do both. We can win this race, but not without your help. Will you join our team? https://t.co/R2SLwrvfIl #ksleg #kssen pic.twitter.com/YKnSVPqTlE

Who is She: Doctor, former State Representative and State Senator.

Running Against: Bollier is running to fill the set left vacant by retiring Senator Pat Roberts (R), and will face off against former Kansas Secretary of State and failed gubernatorial candidate Kris Kobach. You may remember Kobach for his hardline anti-immigration views, his purging of Kansas voter rolls, and cozy relationship with white supremacists.

Why Her: Because Kobach would be an unmitigated disaster. Bollier would also be the first female physician in the Senate, which might be handy since we are facing a global pandemic. She supports medicaid expansion and protecting social security.

Iowans deserve a Senator who is ACTUALLY going to fight for them, and put the people of our great state first. I’m a farm kid with farm kid values ready to fight for working people. That’s why I’m running for US Senate.
Join us today 👉 https://t.co/SlQHy6REbM#GreenfieldForIowa pic.twitter.com/F9QNm4reS3

Running Against: Incumbent Joni Ernst, whose approval rates have dropped by 10%.

Why Her: Iowa won’t be holding its primaries until June 2nd, but Greenfield has already distinguished herself in her support of affordable healthcare and protecting social safety nets like social security, which she credits with saving her family after her husband died in a work accident.

It won't be easy to beat a three-term senator, but it’ll be a cakewalk compared to three tours in combat.

Now, I get two little kids ready every morning, so believe me when I say I can take on a career politician.

Who is She: Air Force combat veteran and medevac pilot, Purple Heart and Distinguished Flying Cross with Valor recipient.

Running Against: Incumbent Senator and former Majority Whip John Cornyn, who is a climate change skeptic and a big supporter of Donald Trump.

Why Her: Hegar walks the walk when it comes to equality and veterans affairs. With help from the ACLU, she successfully petitioned the U.S. Department of Defense to overturn military limits on jobs for women soldiers. Texas has never elected a democratic woman for Senate, and Hegar looks to be the first.

Whether you live in a state that’s up for grabs (or you live adjacent to one), do whatever you can (campaign, donate, volunteer) to help turn the Senate blue. And who knows, one day one of these senate hopefuls may become the first female president.