Things We Saw Today: The EW Supernatural Cover Shoot Give Us All The Feels 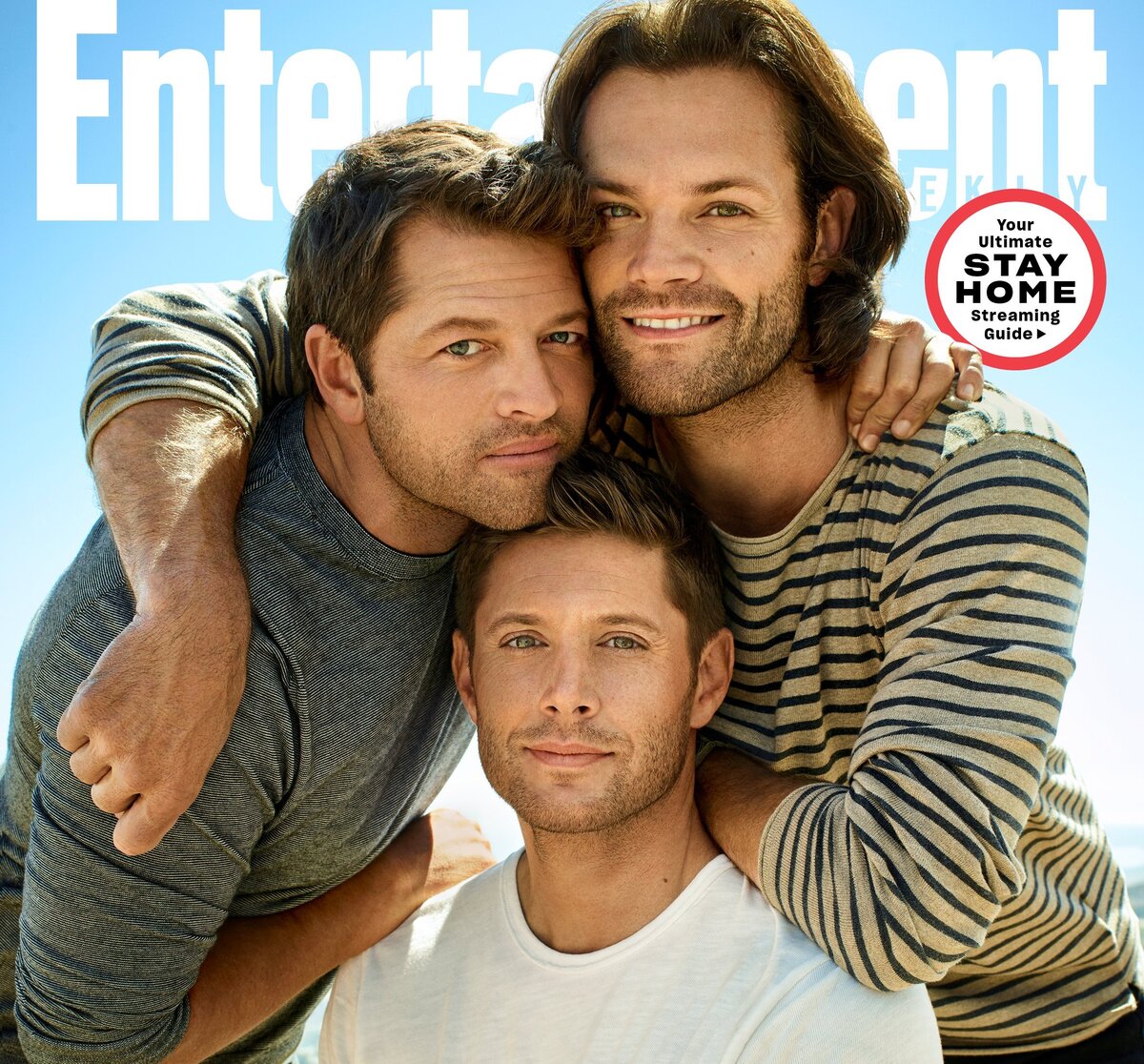 Maybe it’s the stress of lockdown, maybe it’s that my favorite show is really ending (eventually) but I am completely and utterly emotional about the final Entertainment Weekly cover shoot for Supernatural. It’s lovely and sad and the gorgeous pictures of Jared Padalecki, Misha Collins and Jensen Ackles lounging in the sun have me feeling all sort of nostalgia for a show that isn’t even done shooting.

Shot in August, the pictures (which are so beautiful!) are a reminder of a sunnier, happier time when we all could, you know, hug people so there’s joy there. I assume the pictures were meant to be released in quite a different context from what we’re seeing now. Supernatural was slated to end filming on April 4th, with the final episode airing May 18th. Now the shooting of the final two episodes is delayed indefinitely and the show that’s lasted 15 years has a short reprieve before the end.

“Obviously it’s a horribly unfortunate situation we’re in, but the silver lining is that it gives us an opportunity to recharge,” Jensen Ackles told EW in regard to the shut down of production. “We had just finished episode 18, we shot one day of episode 19, and I was reading these two monster scripts thinking, ‘It’s like we’re at the end of a marathon and they want us to sprint for the last two miles.’ I feel like this almost gives us an opportunity to refocus and go into the last two episodes and hit them with everything we got.”

In some ways, I’m glad that there’s a delay to the end of Supernatural. I don’t think I could take the emotional stress of the show that’s been my rock ending at the same time as we’re all dealing with the world as it is. Instead, I’m just going to bask in the visuals of three of my favorite guys being complete idiots, smooching and laughing, and be grateful for this little bit of joy in such a weird time.