Superheroes and Villains Would Vote Exactly Like You Think They Would

Thanos can't vote but he'd be best friends with the president and that's that. 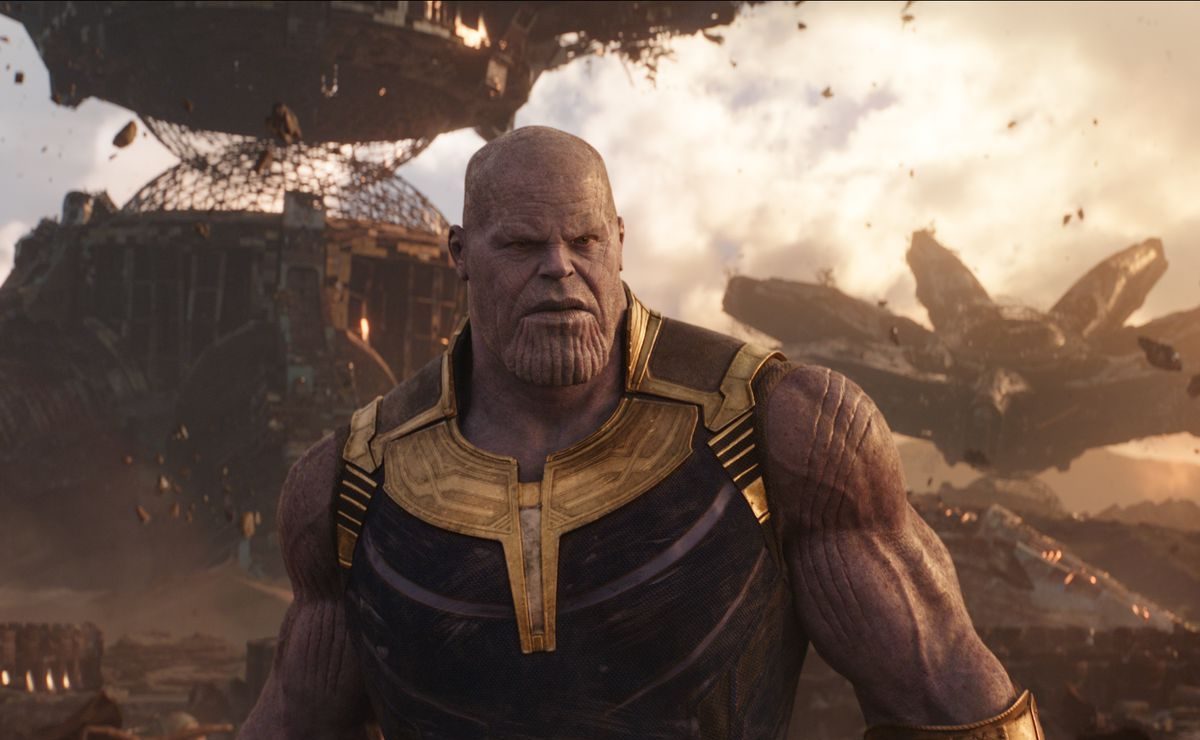 Unfortunately, our favorite heroes and villains are not real, so we don’t know how they’d vote in the Midterms. That being said, it’s fun to theorize how we think our favorites would vote in the election, because all we can think about is a) the election b) superheroes. Here, there is no separation between the two great houses. DC comics and Marvel unite so we can talk about which side these heroes and villains choose when it comes to the ballot box.

And look, this is subjective. If you think someone wouldn’t vote this way or that, okay sure. They’re fictional characters, and this is a democracy. Be sure to make your case in the comments.

Oh he’s a Republican. Sure, I don’t think he’d like Trump. He’d hate what Trump stood for but that doesn’t mean that he wouldn’t stay with the party. Like many New York Republicans, they vote to stay in party and then realize after the fact that maybe Donald Trump isn’t the best candidate.

With the Midterm elections, I think that Bruce would end up staying in his party and voting Republican down the ticket just to keep with what he has always known. Also, can you imagine the tax cuts that came his way this year?

In the past, I would have said that Tony Stark was a Republican. And before his accident, he probably would have rubbed elbows with President Trump socially and wouldn’t have cared that much about politics, as long as his business was still where he wanted it to be. Now though? He’d care more about issues and it might mean that he’d vote third-party. (Which arguably isn’t better but at least he’d be educated about the candidates.)

Girl loves the planet and hates men. She might be a considered a villain but she is hands down voting Democrat, choosing the Green party candidate in super-safe races as a protest vote against the Establishment.

This beautiful sweet boy would try so hard to figure out how to do the right thing. He’d probably be so upset by all his choices and wouldn’t be able to figure out who to vote for until Lois Lane just sat him down and gave him a list of who he should choose. Clark Kent is a wonderful character—not to mention one of the world’s most famous immigrants—and he cares about making the world a better place but that also means that he still has to struggle with the darker side of humanity.

I think voting would be stressful for Clark but he’d vote Democrat.

Much like his off-screen actor Chris Evans, Steven Grant Rogers is a Democrat who loves America and would hate everything about this administration. Steve Rogers wouldn’t be okay with the fact that the Republicans are disrespecting people and threatening civil rights, and he would try to vote for everyone who would oppose the President.

If you think Steve Rogers is anything other than a Democrat, you’re wrong.

She can’t vote, she’s a demi-God from Themyscira, but she’d canvas and she’d make you all listen and you’d listen because it is Wonder Woman and of course, what she says is what we should listen to. And as this is Diana Prince, she’s going to want everyone to vote Democrat and if she could, she’d punch the president and all Nazis he lets run around this country.

He’d be insufferable with giving you information on third-party candidates that he thought were better than those who were part of a party, and when you explained to him why that doesn’t work, he wouldn’t care and would just keep talking about it. So yeah, he’d vote, and he would have hands-down been a Bernie Bro and everything about Kilmonger is confusing because he makes valid points but in a terrible way.

Can I just write “lol”? Do we really have to theorize who is he going to vote for? If it says “Republican” on the ballot, Lex Luthor is voting for them. Preferably if it is a white, male candidate. But let’s be real, he wants to be the one we’re voting for more than he wants to vote.

Our darling boy can’t vote yet but he is still going to go door to door and get people to go out and vote. He’ll escort little old ladies to the polling stations if he has to. He will do everything in his power to make sure that people use their vote in a way he would if he could vote.

That’s what is so sad about Peter Parker, he wants to do so many good things for the world but he’s still just a teenager. Imagine him calling up Tony Stark and explaining why third-party voting doesn’t help either side of the debate.

I just think it’d be fun to see Barry Allen running around and talking a mile a minute about Democrats. He’d be the kind of guy that you’d tell you’re voting for Democrats and then he’d go “oh great,” and continue to tell you about why they’re so amazing despite you already voting for Democrats. He’d obviously want what is best for the country and himself and he’d try and help in whatever ways he could.

As selfish as she is, Selina Kyle is also a woman who is of little means. Meaning she probably isn’t out there voting for the Republicans of the world. She might be a third-party voter, but Democrat seems most likely because it would benefit her in the long run. She’s not voting to help the United States or the world at large, she’s doing it because it would help her at the end of the day.

If you don’t think Steve Rogers yelled at Bucky Barnes and told him that he has to vote then you don’t know these two boys from Brooklyn. Steve would wake Bucky up and make him go to the polls with him. In fact, Steve probably sits with Bucky and the two talk about the candidates and why they are the best suited for the job. Basically, Bucky will do whatever Steve tells him to because he knows that Steve knows how to deal with politics.

There are heroes and villains not included in this list because they couldn’t vote (not that they wouldn’t help) but know that most of the Avengers would vote Democrat because they’d want to do what is right for the United States.