Supergirl Recap: Maggie and J’onn Discover That Apples Do Fall “Far From the Tree” 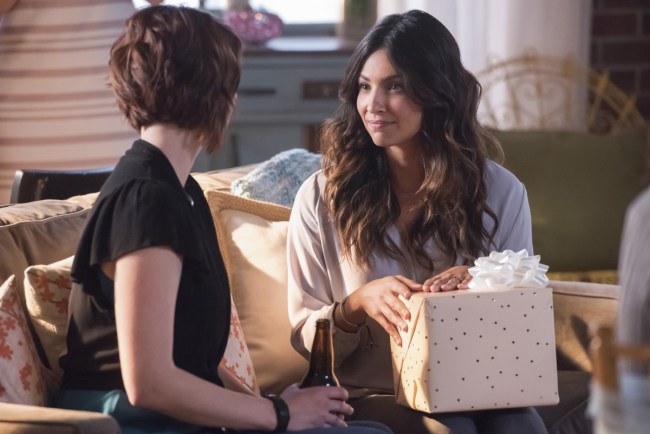 This week’s Supergirl laid off Kara a little bit, giving her room to breathe as the story shifted over to Maggie and J’onn, each of whom had to face blasts from their pasts. Alex and Maggie have a bridal shower, giving Maggie the perfect reason to try to get back in touch with her estranged father. Meanwhile, Supergirl accompanies J’onn to Mars to help the White Martian resistance, led by M’gann. Welcome to Season 3, Episode 3, “Far From the Tree.” 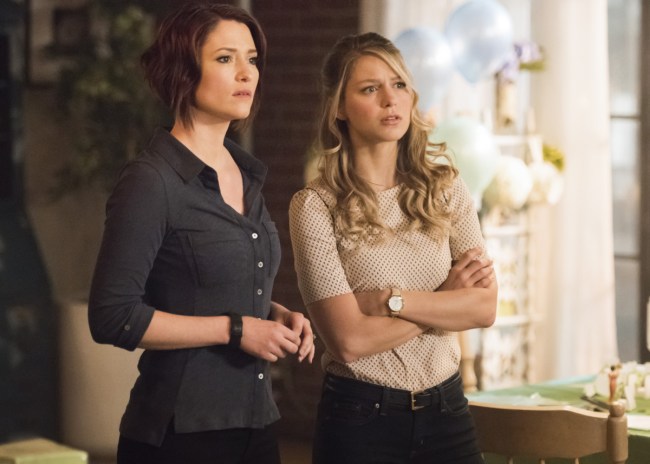 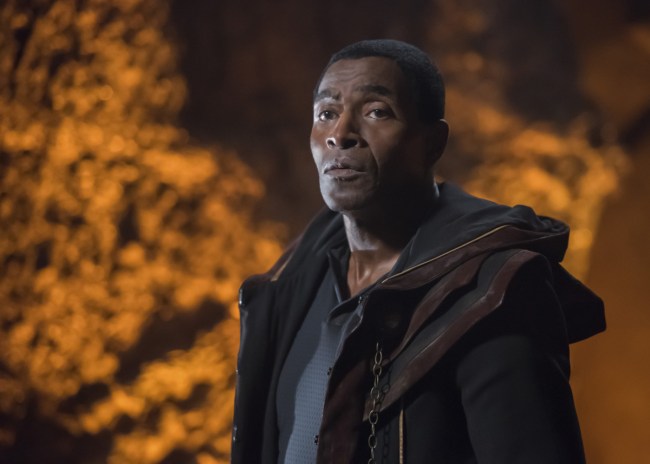 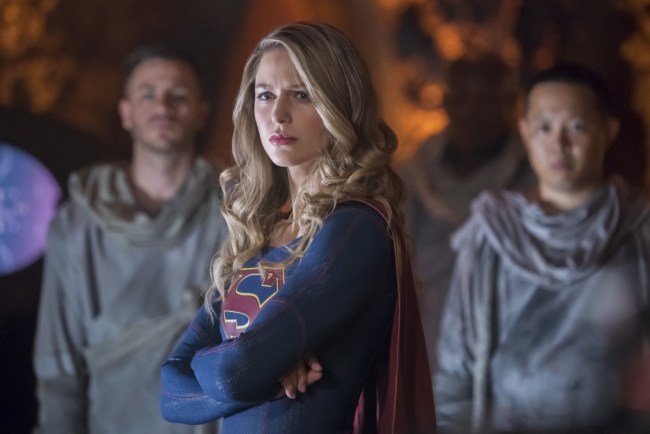 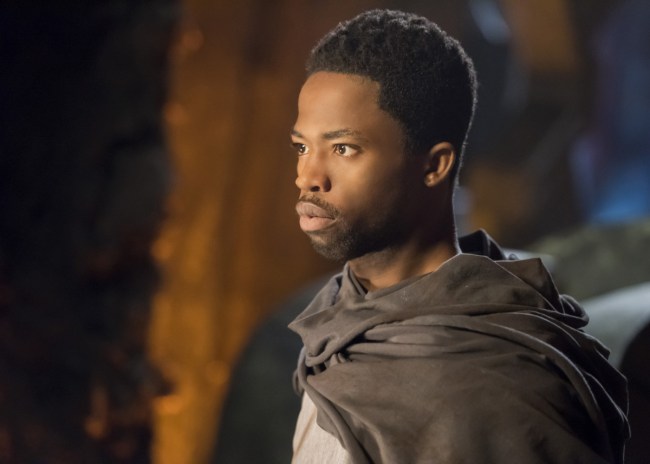 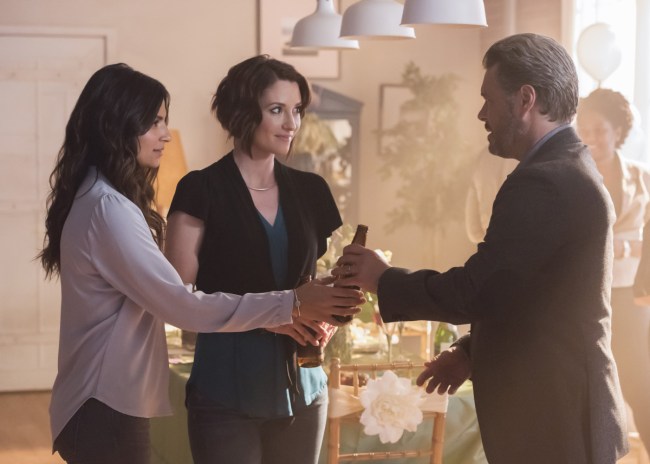 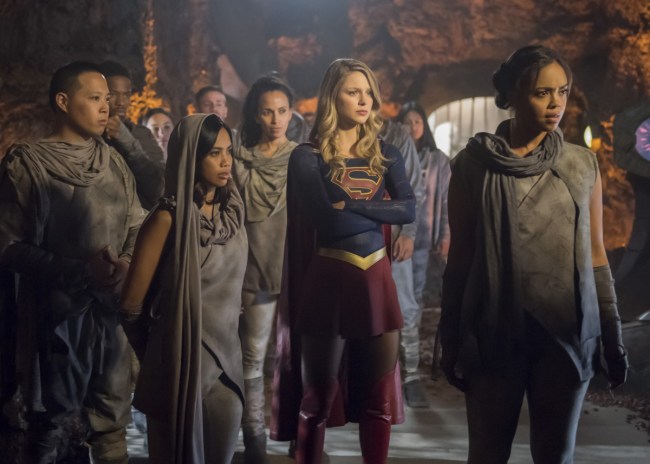 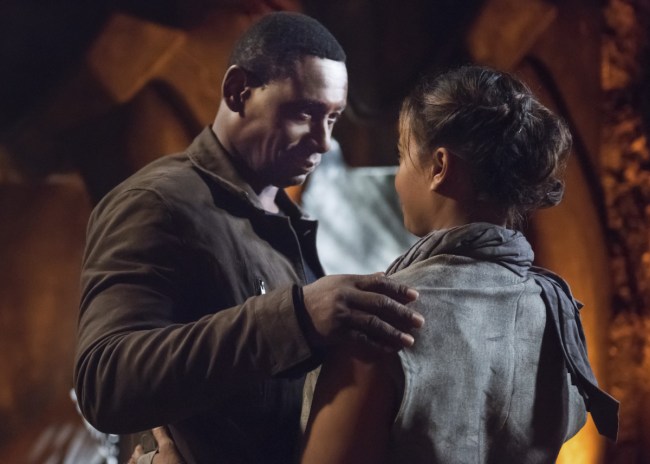 This week’s episode was a lot less intense than the first two this season, but it still plumbed some emotional depths, and I thought it a wise move to focus on characters other than Kara for an episode. I thought it an interesting choice to pair Maggie’s and J’onn’s storylines in this way, as they are both dealing with complicated relationships with their fathers, and having forcibly left home.

Of the two storylines, I thought the Mars story was more successful. Call me a sucker for revolution, but I loved seeing M’gann and her band of merry revolutionaries fighting in the face of oppression against their own kind. The conflict of J’onn’s father at first not believing him, then not wanting to believe him for fear of getting hurt all over again was beautifully executed. It also firmly remained about J’onn, while Supergirl did what she does best: she related to Myr’nn by talking to him, giving him the space and calm to trust his son.

Meanwhile, Maggie’s story seemed a little more “after-school special.” We knew that Maggie was headed for some kinda self-acceptance moment, which is great. It’s an important message, don’t get me wrong, but there was nothing about it to really make it unique and special.

Actually there is one thing, but it wasn’t used as effectively as it could’ve been. As Mr. Rodas was giving his speech about being Mexican, and Maggie asks “What does that have to do with [me being a lesbian]?” I thought for a split second that Mr. Rodas was going to reveal that he wasn’t upset now because of his daughter’s sexuality. He was upset that she was marrying a white girl.

The way he was talking about those white boys that made his life miserable, I was sure that we were not only going to get a little bit of a surprise here in that motivation flip, but that we’d get an opportunity to examine Latinx issues in a more complicated way than mere “immigration.” Examining things like assimilation, colonization, and preserving one’s culture through Maggie’s relationship with her dad and her relationship with Alex would’ve been fascinating. It could’ve been made more fascinating considering her insistence on not having kids. Could that have something to do with her rebelling against the idea of starting a “big, Latinx family?” Or perhaps dealing with the fact that any family she’d have with Alex would be “half.”

The more I thought about it, the more I saw this as a missed opportunity on Supergirl‘s part. While the show has made an effort to have a diverse cast of characters (even if the actors they employ aren’t as diverse as they should be), they’re not using that inclusion as effectively as they could be in their storytelling.

“Far From the Tree” was a solid episode, but not quite as strong as the first two episodes of the season. Still, I love J’onn episodes, and I’m looking forward to seeing how his relationship with his father, who’s a total Earth newbie, will progress.

What did you think? Were you into “Far From the Tree?” Let’s chat about it in the comments below!