Supergirl Recap: J’onn and M’gann Steal the Show in “The Martian Chronicles”

"The days of you pushing down your feelings are over." -Maggie 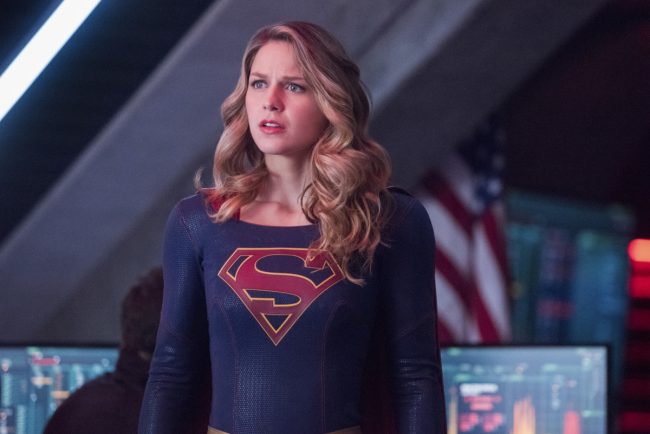 Finally! After a disappointing (for me) couple of weeks, Supergirl has returned to top form by exploring the deepest emotions of its most intriguing characters. As the White Martians come for M’gann after the events of last week’s episode, she and J’onn come together against them in truly heartbreaking fashion. Meanwhile, Kara has to adjust to not being the only important woman in Alex’s life when Maggie surprises Alex with concert tickets for the same night as Kara’s Earth Birthday. Let’s dig into Season 2, Episode 11: “The Martian Chronicles.” 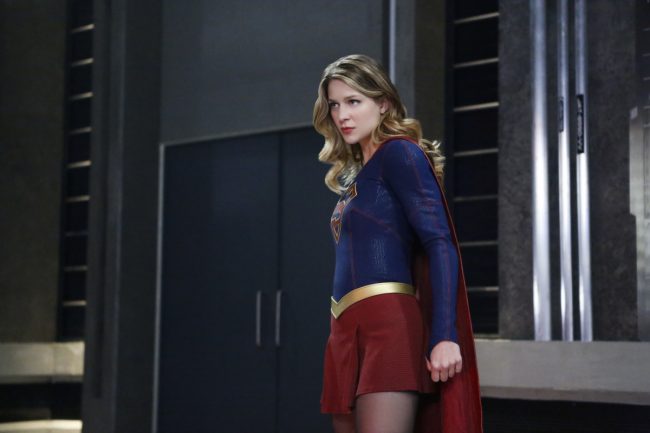 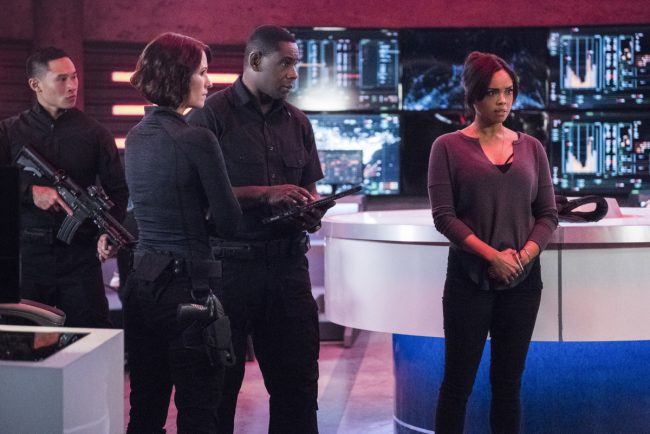 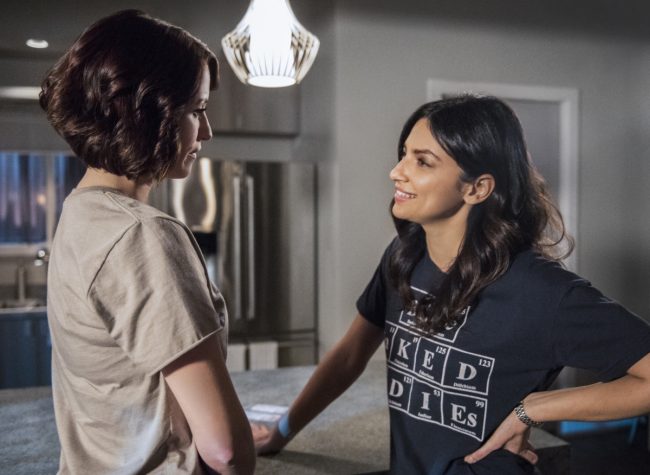 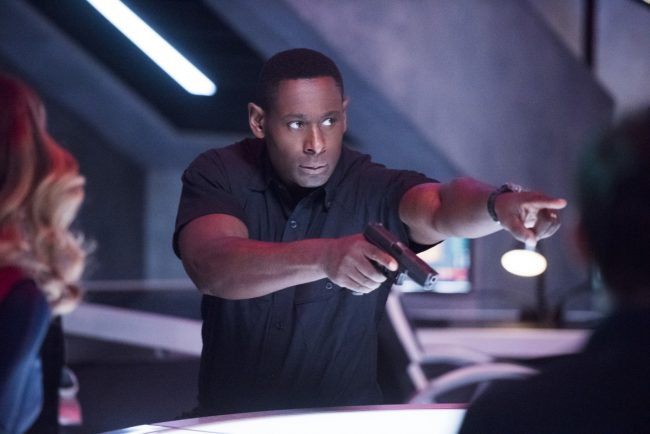 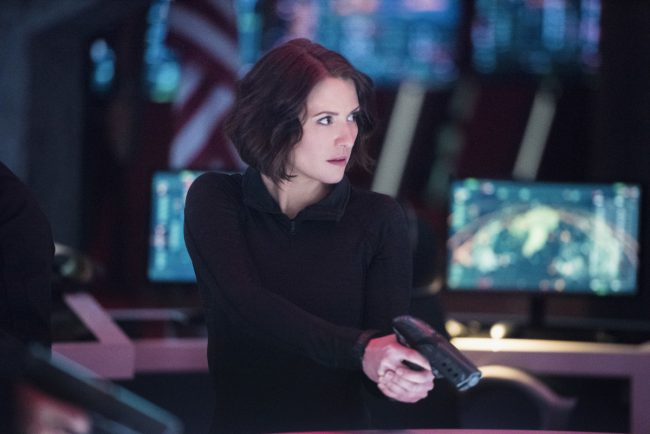 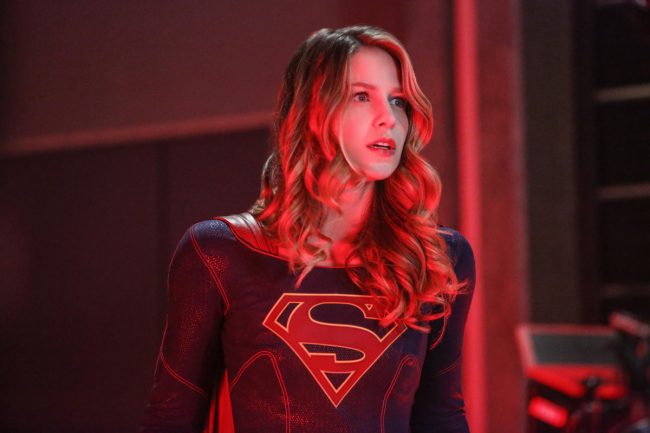 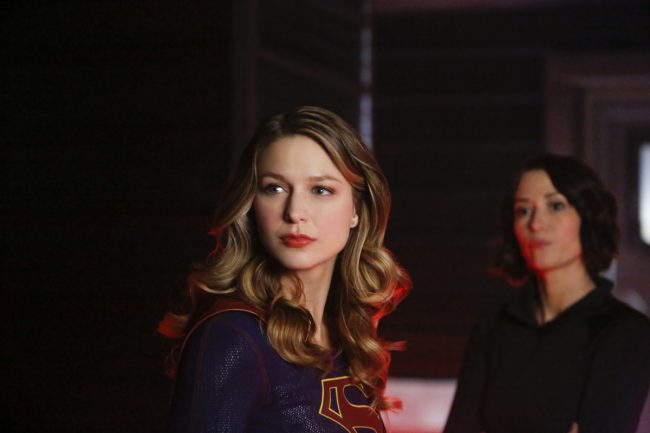 This episode was a breath of fresh air for this season! The story was exciting, suspenseful, and delivered a worthy and interesting villain in Armek. Not only are the White Martians frightening on their own, but for it specifically to be Armek, M’gann’s ex, who is so willing to bring her in to be killed, while still sort of flirting with her and remembering the “good times,” adds a whole other level of fright. Well-executed, too, was the “White Martian test” scene. David McWhirter provided excellent direction for that scene, and the tension was perfectly balanced.

If I had to nit-pick one thing, it’d have to be how M’gann can’t tell one of her own kind. I mean, psychic interference? Sure, why not. But she can sense J’onn in disguise. Why not her own people? Then again, she’s closer to J’onn than she is to her own people. Speaking of…

I’ve been expecting a love connection between J’onn and M’gann, but I wasn’t expecting it to be given, only to have it snatched away so quickly! David Harewood and Sharon Leal’s scenes together were beautiful, and each of them brought their “A” games to this episode. Harewood in particular was absolutely heartbreaking, and I’d be lying if I said that, as I watched him look up from that balcony, I wasn’t ugly-crying.

Also well done in this episode was the tension between Kara and Alex. Theirs is the relationship I care about most on the show, so it was nice to check in with them and see how the changes in Alex’s life are affecting Kara. It’s also interesting to see the contrast between Kara, who represses her real feelings, and Maggie, who not only expresses herself, but encourages Alex to do the same. Maggie is a great influence on Alex, and she’s clearly been causing Alex to grow as a person, allowing Alex to then pass the wisdom on to Kara. It’s an interesting dynamic.

It’s also easy to take Melissa Benoist’s acting skill for granted week to week, but she really stood out in this episode. Kara’s pain was palpable throughout, and Benoist did an amazing job of balancing Kara’s true feelings and her mask.

Also interesting? The choice of Barenaked Ladies as Alex’s favorite band. Now, I loved me some BNL in the 1990s. Still do! But it’s a very … specific choice. Now, I’m just wondering which writer loves them, or whether they’re doing it as a nod to Canada now that they’re shooting in Vancouver. But, like, why not Arcade Fire, or Metric? Whatever. I’d sing along to “Alcohol” with Alex Danvers any day!

My only other nit-pick is that the scene with Mike/Mon-El at the end struck me as one scene too many. It felt like they were determined to pack in that last little bit of story, whereas it would’ve made more sense to me to let Kara sit with her feelings about what Alex said a bit more before going right to him.

Still, shout-out to Jeremy Jordan for keeping Winn hilarious, even in the midst of possible annihilation. And shout out to Supergirl Hair Dept. Head, Lisa Leonard, because Melissa Benoist’s hair game was on point. Those curls, tho!

“The Martian Chronicles” was one of this season’s best episodes, and I’d even say one of the best episodes of the series, period. What do you all think? What did you think of Supergirl this week? Let’s chat about it in the comments below!