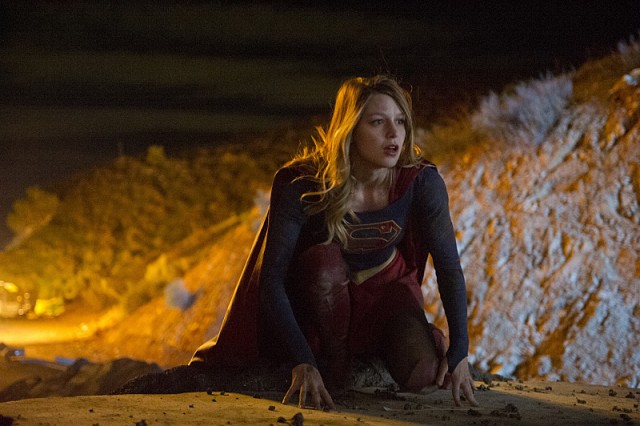 Damn. I need to figure out this powers thing. FAST.

Supergirl has finally premiered on CBS, and you know what that means … recaps here at The Mary Sue! The series opens with the requisite origin story, the requisite battle with a villain, and lots of adorkable from Melissa Benoist (not to mention some serious hotness from Mehcad Brooks). Welcome to Supergirl!

**THIS IS A RECAP – SPOILERS ARE PART OF THE TERRITORY. YOU HAVE BEEN WARNED.** 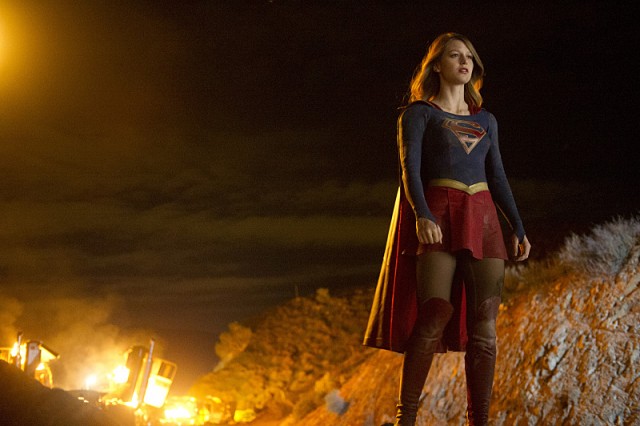 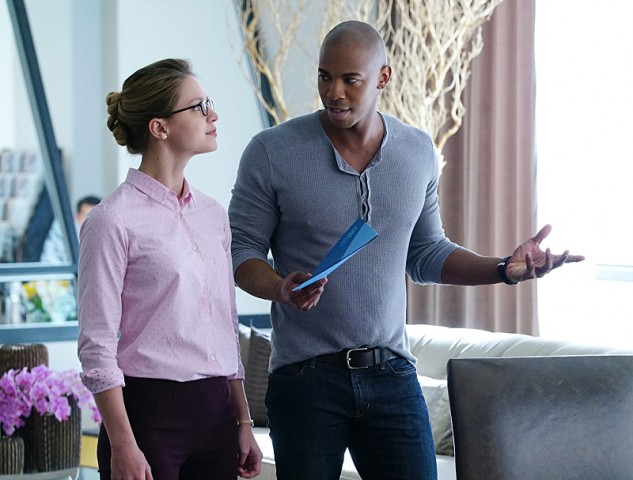 Ooh James, you’re so dreamy when you’re complimenting me to other people … 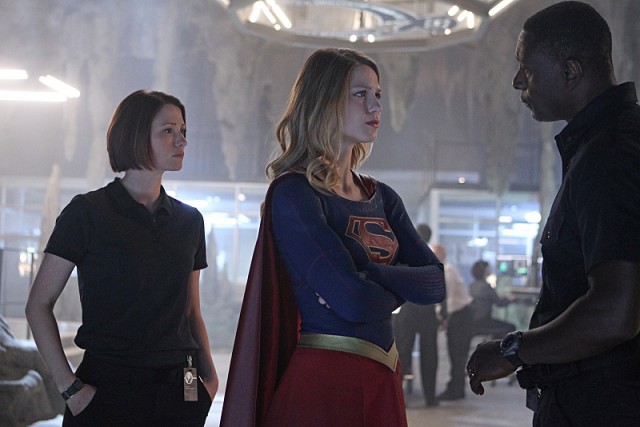 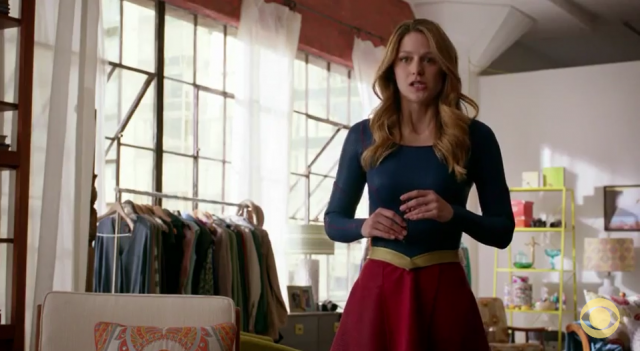 This was a perfect little nugget of an episode. It was paced well, it did everything a pilot needs to do to set up a series, and the actors all brought their A-games to the party. In lesser hands, a lot of this material could’ve been super-cheesy, but this cast is great. And Melissa Benoist? She’s phenomenal as Supergirl, bringing nuanced humanity to the part of an alien being. She balances dorky charm and heroic charisma really well, and I’m looking forward to watching her grow into this character.

Meanwhile, the writers have clearly done their geek homework, and it was interesting to spot what they chose to keep, alter, or throw away.

Was the episode perfect? No. As I mentioned, lots of heavy-handed feminism that hit us over the head. I imagine that they kept the story simple (which is fine), and kept the heavy-handed moments (not fine) in an attempt to speak to the audience of young girls they hope is watching. Here’s the thing: little girls already know girls are awesome. It isn’t until they get older and the world ruins them that they start feeling crappy about themselves. So, you don’t need that heavy-handed dialogue for them, and you can be way more subtle for the grown-ups watching with them.

Still, the episode as a whole was fun, hopeful, and indicative of a promising series ahead. Supergirl is a show I know I’m going to love. Tell me what you thought of the pilot in the comments!

NOTE: While Supergirl aired this week at 8:30 ET/PT after The Big Bang Theory, its regular time is Mondays at 8PM. So, don’t show up late to Supergirl next week!

Supergirl airs Mondays at 8PM ET/PT on CBS. And for more Supergirl fun, stay tuned for The House of El tomorrow, and check out my podcast, Supergirl Radio!