Supergirl May Be Looking for Its Lois Lane, We Have Picks | The Mary Sue 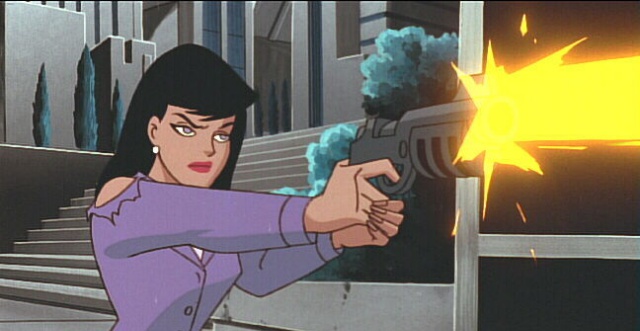 During the first season of Supergirl, back when it aired on CBS, we were introduced to the character of Lucy Lane, the younger sister of Lois Lane, played by the amazing Jenna Dewan-Tatum. We lost the character of Lucy in the transition to the CW, but it seems the older Lane sister may be dropping in on National City.

According to information on CBR, an audition video surfaced on Vimeo, with actor Sarah Ceballos saying that she will “be reading for the role of Lois Lane”:

“She then engages in an interview where she plays the part of Lois, who answers a few questions about her relationship with Superman. She also recalls what it was like to meet Supergirl and how the Girl of Steel acts as a role model for young women.”

Supergirl has also made repeated references to the intrepid reporter in recent seasons with Superman himself, played surprisingly perfectly by Tyler Hoechlin, making calls to reporter bae during the show.

What also makes this casting news exciting, if it’s true, is that they’re looking at more than just white women to audition for the role. Sarah Ceballos is of Mexican descent herself, so this may indicate that there’s some open casting going on. That fits because Dewan-Tatum herself is part Lebanese, we have only met father Sam Lane and not the mother of the family. (Also adoption exists, anyway.) Plus, it has been hinted that Lois is older than Clark in this universe, so the possibilities are endless.

If Lois does make her first official on-screen appearance in the series, I hope they do her justice first and foremost. One of the disappointing things about her legacy as a character is that for many years she was written as a silly woman with big ideas that Superman had to go out of his way to save. In Investigating Lois Lane: The Turbulent History of the Daily Planet’s Ace Reporter by Tim Hanley he talks about how during the Silver Age, fans were so sick of Superman having to rescue Lois that they wrote in asking Superman to spank her or in some way punish her for getting in the way. And this was one comics were still very much geared towards young boys.

Nowadays, Lois is giving a lot more clout as a heroine in her own right, but that comes with a lot of her screaming as she falls off buildings and going into dangerous situations to “seek out a story.” There is a lot of nobility there, but in the age of Facebook and Buzzfeed and internet news it is the kind of investigative journalism that Lois would need to be doing. Trying to integrate love interests into to storylines that are not just about the relationship has been a struggle across the Arrowverse, but hopefully, Lois being a guest star will allow her to be a bad-ass heroine and not just a damsel.

Who would we like to see in the role? Well, I’m glad you asked. If I had to narrow it down to five choices, these would be my potential Loises:

You owe her for canceling Nikita, first of all. Secondly, Maggie Q has the look (dark hair, dark eyes) and has a history of doing great physical work, from Nikita. Not only could she be out reporting stories with Kara, but after so many years with Superman, it makes sense that Lois would be able to hold her own in a fight. Lois Lane going back-to-back with Maggie in a fight at the D.E.O.? Come on.

Also, I’m pretty sure after watching this gif on a loop that these are basically the same sets on both shows.

Two words: Merlin. Reunion. Katie McGrath has been killing it on the show as Lena Luthor, and wouldn’t it be awesome to see these two women play against each other again? Not to mention that Angel Coulby has a lot of the warmth of Lois Lane with the ability to turn on all of the take-no-shit attitude.

Probably a long shot, but you know: aim for the sky, land amongst the clouds, etc. Gemma looks like the traditional Lois Lane character, and if I were to close my eyes and pick an obvious choice, it would be her. Also, she’s fantastic, and the idea of seeing her on my small screen is exciting. She’s younger than Dewan-Tatum, but I think they also look a lot alike, and you wouldn’t be able to tell with both of them on screen.

I mean, after getting rid of the Maggie x Alex couple, I think the show needs to throw the queer fanbase something, and what better than to bring in the lead of one of the biggest queer shows of the last few years? Anna Silk did really great work on Lost Girl, and she totally has the Lois Lane look and compassion—plus since the show is filmed in Canada, she’s local talent! Also, you could totally see her in a snark contest with Cat Grant.

Do I need to explain why you would be foolish to have one of the best actresses around right now under contract for one of your shows (CW’s Jane the Virgin) and not use them in a crossover? I mean they already used Yael Grobglas this season, so if they have a chance to get Gina to play Lois Lane (a.k.a. the ultimate #JaneGoal) and they don’t take it—dishonor on everything.

Who would you pick to play Lois Lane on Supergirl?