Things We Saw Today: Super Yaki Is Trying To Take All Our Money With These Spooky Halloween T-Shirts 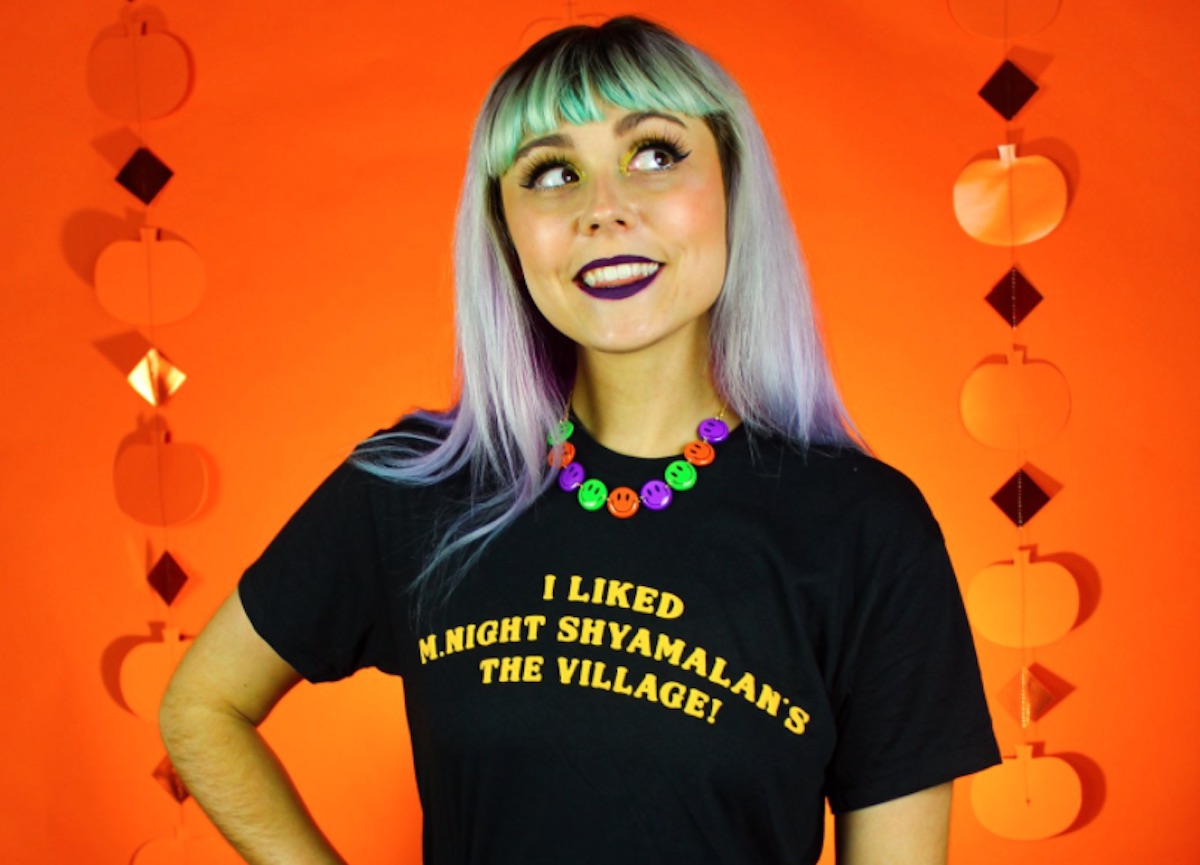 Super Yaki, the excellent independent purveyors of whimsical movie-related merchandise, are outdoing themselves this Halloween season.

Here at The Mary Sue, we’re big fans of Super Yaki’s fun, tongue-in-cheek, and often incredibly in-joke cinephile products. I own several shirts myself—one that declares “CRIMSON PEAK WAS GOOD,” another that reads “written and directed by Cathy Yan,” and a recent edition, “FREE PADINGTON,” featuring our favorite talking bear behind bars. I wanted the sold-out “Justice for Jennifer’s Body” shirt, but at least a “dad hat” remains. Sometimes the merch also contains vital messaging, like “BE NICER TO KELLY MARIE TRAN, YOU JAGS.”

In our work chat, we frequently share Super Yaki links and then lament the impending loss of our paychecks. So imagine the financial pain in store when we began to feast our eyes upon Super Yaki’s October line. In addition to new t-shirts of an irreverent bent like “C IS FOR CARPENTER,” Super Yaki is also teaming up with artists to create unique Halloween-themed offerings. We’re especially obsessed with the idea of displaying our commitment to the Final Girls’ Club. Here are just some of the designs we’ve loved and bookmarked thus far.

(Please do not feed our shirts to intergalactic plants) https://t.co/O1ndj4RT2H

Everyone is entitled to one good scare. @lilcinephile x @superyaki C is for Carpenter t-shirts available next Friday October 8th at 12PM CT for cinephiles of all ages from Super Yaki. 🍿🎃 https://t.co/cB6zYuTcAz pic.twitter.com/TLaVu7uQIs

We further appreciate their highlighting of Brad Dourif, an actor who fits well with autumnal vibes. Known to many audiences as Wormtongue in Lord of the Rings, I love that even IMDb starts his bio describing him as “Gaunt character actor Brad Dourif.”

This is my opportunity to additionally plug and add his daughter to the mix. She’s a god damn force and follows her father’s footsteps in talent. Ive also loved Brad in everything he’s done since i first saw him in cuckoo‘s nest https://t.co/Xv5BiraYal

And you can soon show your ongoing allegiance to The Shining ‘verse with your very own Doctor Sleep shirt.

A message we believe in. 🎩 Brought to you by our very own Doctor Sleep enthusiast @cassalamod, available Friday 10/8. pic.twitter.com/rtwlgXSSpo

“There are secrets in every corner of this village.” 🤫👹 We are super excited to have teamed up with @mbmcandrews to create our latest battlecry! Show everyone that you too liked THE VILLAGE when A SUPER YAKI & FRIENDS HALLOWEEN drops this FRIDAY 10/8 at 12PM CT! 🎃🖤 pic.twitter.com/5Mof4MYVmI

It’s extra cool to support Super Yaki and their hard-working, sustainable screen printers, and this is why you have to be on the ball (or pumpkin, in this case) and grab merch when it first comes out. Stock is often limited:

A friendly reminder that all our apparel is screen printed by the good people @NightOwlsprint using eco-friendly, water based inks for a super soft touch!

Everything is printed in bulk on sustainably sourced blanks and NOT offered on demand so that’s why stock is often limited!

Here are some other things we spotted today, by the pricking of our thumbs:

Tag, you’re it! What did you see today?