I need one of everything please and thank you 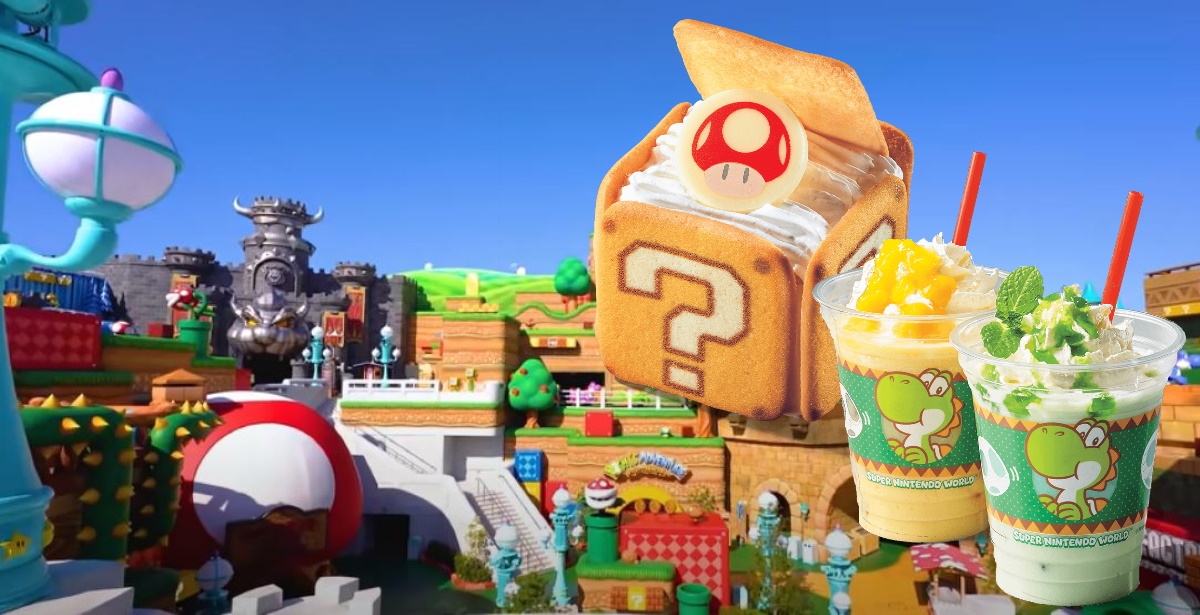 When I wrote about the upcoming Super Nintendo World theme park before, I asked some very important questions. Now we have the answers we need regarding the food on offer.

Here were my initial queries:

Over time, we’ve steadily been getting answers on attractions, what the park looks like, and souvenirs that are sure to make Nintendo fans shell out all the coins they’ve saved up (it’s me, I’m Nintendo fans). And a recent series of tweets from Orlando Informer even answered the last question I had in regards to food.

Snack alert! We’ll be craving Yoshi’s Snack Island for the rest of the night. The #SuperNintendoWorld menu includes…

Chef Toad cooked up an incredible menu for Kinopio’s Cafe in #SuperNintendoWorld! What do you want to try first?

Real talk: I expected the food to be in the vein of “it’s a regular-ass cheeseburger BUT we’re calling it Koopa Burgers.” I’d come to terms with that, ready to pay for an overpriced burger that was, maybe, wrapped in 1-Up mushroom paper that collected the grease. Maybe, just maybe, we’d get a smoothie, or Ludwig von Koopa fries or cookies in the shape of familiar Mario themed icons.

I did NOT expect this much effort.

An entire calzone made to look like a green shell? The pizza bowl with the mushroom top? The question block tiramisu? I’d feel bad about eating that, it looks so cute! Also, the bowl that the pizza comes in? Is that … purchasable? Ugh, I feel like this theme park is just going to make me want more Mario-themed kitchenware in my house!

Super Nintendo World continues to be the theme park of my childhood dreams. The closest I’ve ever come to Mario themed food before was the short-lived Nintendo Cereal System from the 80s (which I never got to try). Now there’s going to be an entire theme park with piranha plants in my salad! My kid self (and Nintendo-loving adult self) is far too entertained by this.

Super Nintendo World is set to open in Japan in just a few more weeks (February 4th) and it still feels like a made-up fantasy land I came up with after spending too many hours trying to 100% a Mario game whose only reward is a “good job” message.

And, in the case of this food update, delicious.