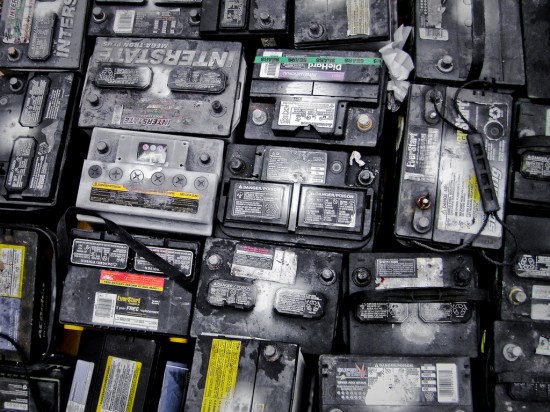 With the advent of sealed battery devices — like your iPhone or iPod — there’s been mounting concern not only for how long a battery will last on a single charge, but how many charges you can expect to get from a device. Deciding at what point to begin recharging a battery is now a thing to be fretted over, as batteries have a limited number of charge cycles in their functional lifetime. Now, new research could do away with such fears and pave the way for rechargeable batteries that last decades.

Colin Wessells, a graduate student at Stanford University and the lead author on the research, says that a battery that can be charged and recharged tens of thousands of times over 30 years could be a reality. His work centered on crystalline copper-based nanoparticles for use in electrodes, which do not degrade as readily during charging and discharging.

The trouble with the battery charge-discharge cycle seems to be ions, which can damage the crystaline structure of electrodes. Over time, these degrade and lower overall battery performance — hence, why there is a limited number of charge cycles a battery can withstand. Wessell’s design uses an open arrangement of the atoms in crystalline copper hexacyanoferrate, giving plenty of space for the ions to pass through without knocking against another atom. In fact, the researchers even shopped around for perfectly sized ions, settling on hydrated potassium over lithium or other substances.

In their laboratory experiments, the team found that their electrode could still achieve 80% full capacity after 40,000 charge cycles. For comparison, a typical lithium-ion battery lasts about 400 charge cycles. It’s important to note that the researchers did not actually construct a battery for their experiments, but the amazing performance of the electrodes used is still very compelling. The research also suggests that building these new batteries would be quite inexpensive.

For his work, Wessells has focused on high-capacity and high-energy batteries, which are a far cry from consumer electronics. However, they could have a wide range of applications for storing power from wind turbines or solar power plants. Moreover, high capacity batteries that last for years and years would certainly make these green forms of energy even more environmentally friendly by keeping batteries out of landfills.

Though successful in the lab, Wessells and his team have yet to actually construct his hypothetical battery. However, he believes that the technology already exists to construct one. Hopefully we’ll be seeing stronger, longer-lasting batteries sooner rather than later