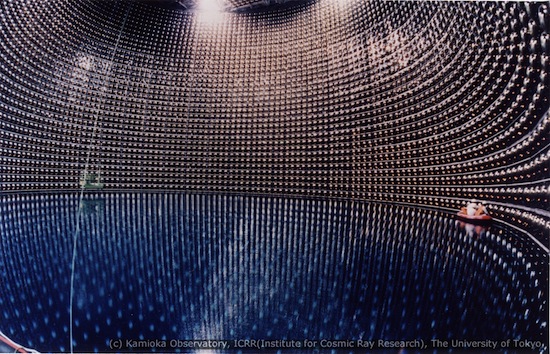 Since its construction in 1983, the Super-Kamiokande neutrino observatory (“Super-K“) in Hida, Gifu Prefecture, Japan has been conscripted to help solve perplexing physics questions by detecting neutrinos. Neutrinos are absurdly non-interactive, so the Super-K, when in operation, is filled with 50,000 tons (read: 12.5 million gallons) of pure water. On the very off chance that a neutrino interacts with a water molecule, it emits light such that the Super-K’s detectors can pick up lots of salient information about the neutrino’s origin and properties.

Now, the Super-K is enrolled in the most sensitive neutrino experiment yet conducted: beaming neutrinos from almost 300 miles away to see why they change forms the way that they do.

The “T2K” experiment — short for Tokai-to-Kamioka — is beaming high-powered streams of neutrinos from a particle accelerator in Tokai village to the Super-Kamiokande detector nearly 300 miles away. Neutrinos don’t engage with matter for the most part, but every now and again one smashes into an atomic nucleus in the detector. Researchers at the receiving end can then measure how many muon neutrinos in the beam are changing into electron neutrinos, hoping that observing these oscillations will shed some light on that discrepancy in physical laws.

A few more photos of the Super-K, both filled and unfilled with water: 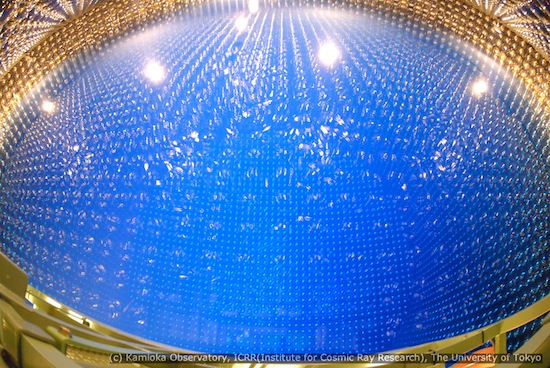 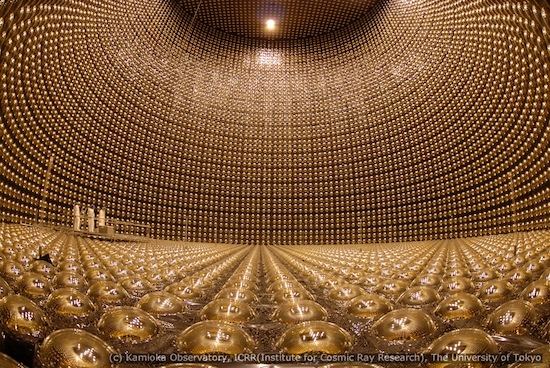 You can find more pictures and background information on the neutrino detector at the Super-K team’s website.