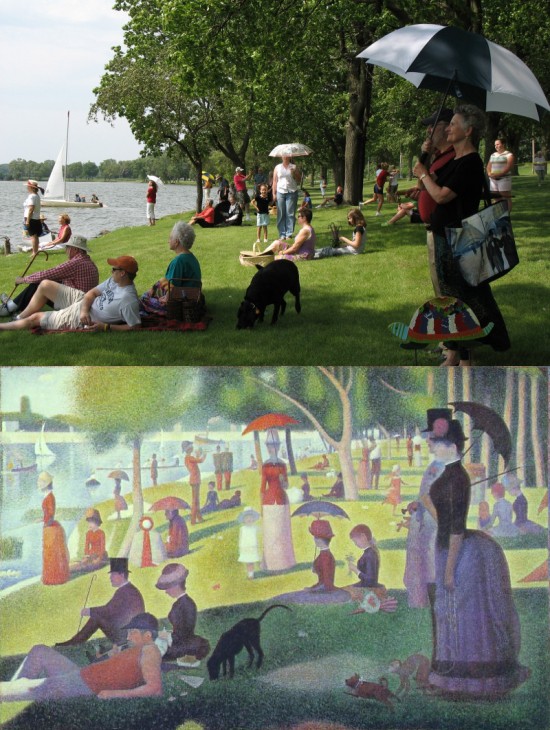 This apparently happened in 2006, but it’s no less cool for that: The town of Beloit, Wisconsin gathered together on one summer morning to reenact French painter Georges Seurat‘s influential work Sunday Afternoon on the Island of LaGrande Jatte.

Beloiters brought to life the famous painting by the French artist Saturday afternoon in an effort to promote an August event planned by Friends of Riverfront. And while people were positioned similarly along the Rock River, Beloit’s version of Seurat’s work had its own flair.

There was a wooden turtle silhouette instead of a monkey, a woman jogging in the background instead of a girl running, and a state Senator dressed in red, white and blue standing near the river instead of a women dressed in period clothing.

But a few similarities remained. There were boats along the river, including a sailboat, plenty of hats and umbrellas, and yes, even a few well-behaved dogs.