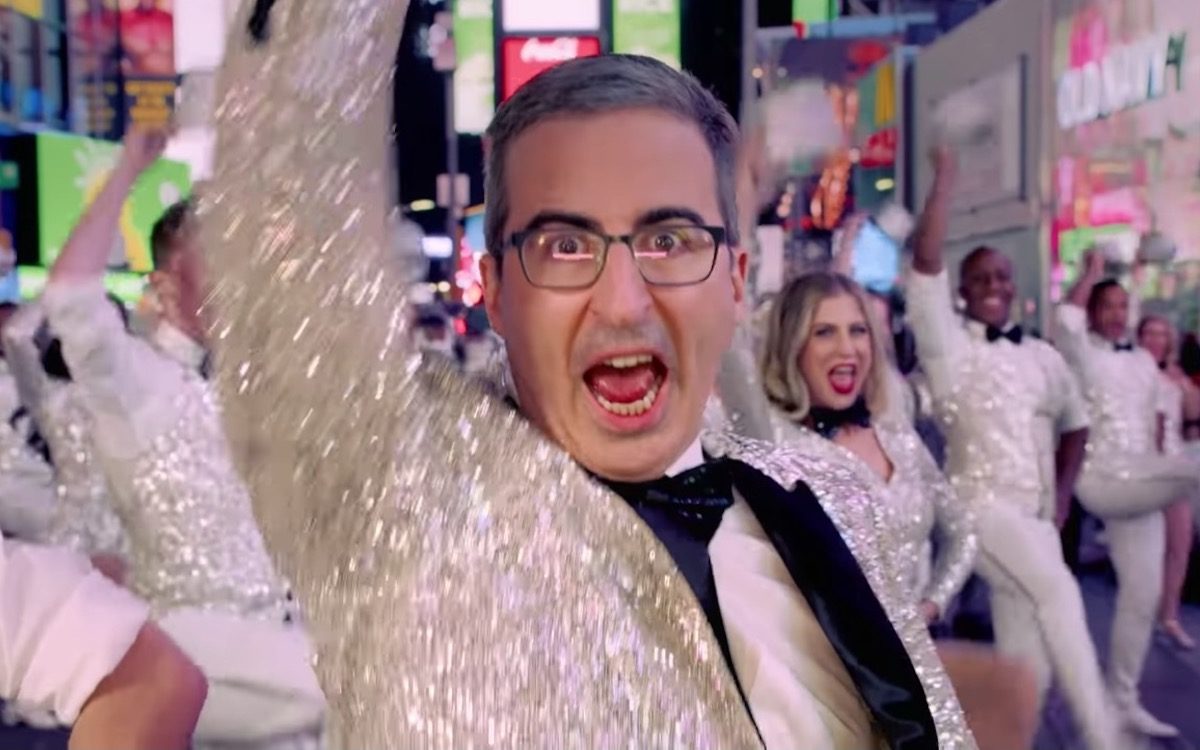 Two years ago, Last Week Tonight did a deep dive into the realities of the coal industry and the ways in which coal companies make their money at the expense of actual miners.

John Oliver focused particularly hard on one executive, Bob Murray, whom he described as a “geriatric Dr. Evil” that was “on the same side as black lung.” Murray sued Oliver, HBO, and Partially Important Productions for defamation and hurt feelings, but the suit was dismissed in February of last year.

Oliver isn’t letting the lawsuit go, though, and dedicated Sunday’s show to explaining just how frivilous, destructive, and too often effective this sort of suit is.

What Murray was throwing at Oliver and his parent companies is called a SLAPP suit. That stands for Strategic Lawsuit Against Public Participation, and it’s a favorite tactic of already-weathy elite assholes (Trump loves them, which says everything you need to know) who are not necessarily looking to actually win in court, but just want to tie up their opponent’s time and resources.

Fortunately, Oliver had the power of HBO’s legal team behind him but Murray has taken on much smaller fish, from small-town newspapers to individual activists, who most definitely do not have the ability to take on a financially and emotionally draining SLAPP suit. Even though Murray’s suit against Oliver was dismissed, their show’s libel insurance premium tripled afterwards. That would absolutely be enough to sink most shows or other kinds of businesses.

Netflix: We pulled a Patriot Act episode from Saudi Arabia because they told us to and “we’re not in the truth to power business”

HBO: We lost over $200k/tripled our libel insurance premiums over a John Oliver segment about a CEO, so here’s another one https://t.co/eQvOvkW9Uq

(Oliver also discovered Murray’s—insert the obligatory alleged here—history of treating female employees in a degrading and abusive manner. And while there are a lot of reasons why those women may have chosen to accept the “considerable sums of money” their settlements entailed rather than pursue legal action, an inability or unwillingness to go through the sort of torturous legal circus Murray is known for is definitely one of them.)

All of this creates a culture of fear in which Murray ends up able to succeed in his goal of stifling any criticism of him and his industrial operations.

Of course, this is John Oliver we’re talking about and “culture of fear” is basically his Bat-Signal. The lawsuit is over. Their insurance premiums are through the roof. They could have just let this go.

Instead, they staged an almost unbelievably elaborate (and very NSWF, language-wise) a musical number. Seriously, this spectacular spectacular must have cost the same amount they spent fighting Murray’s lawsuit (or possibly the entirety of what HBO is no longer spending every week on Game of Thrones). It involves taking Times Square, an appearance by Broadway star Brian D’Arcy James, a chorus line, a barbershop quartet of squirrels, and a fireworks display, all to resend the original message from two+ years ago: to “Eat Shit, Bob.”