Things We Saw Today: This Suicide Squad Concept Art of King Shark Has Us Wondering What Might Have Been 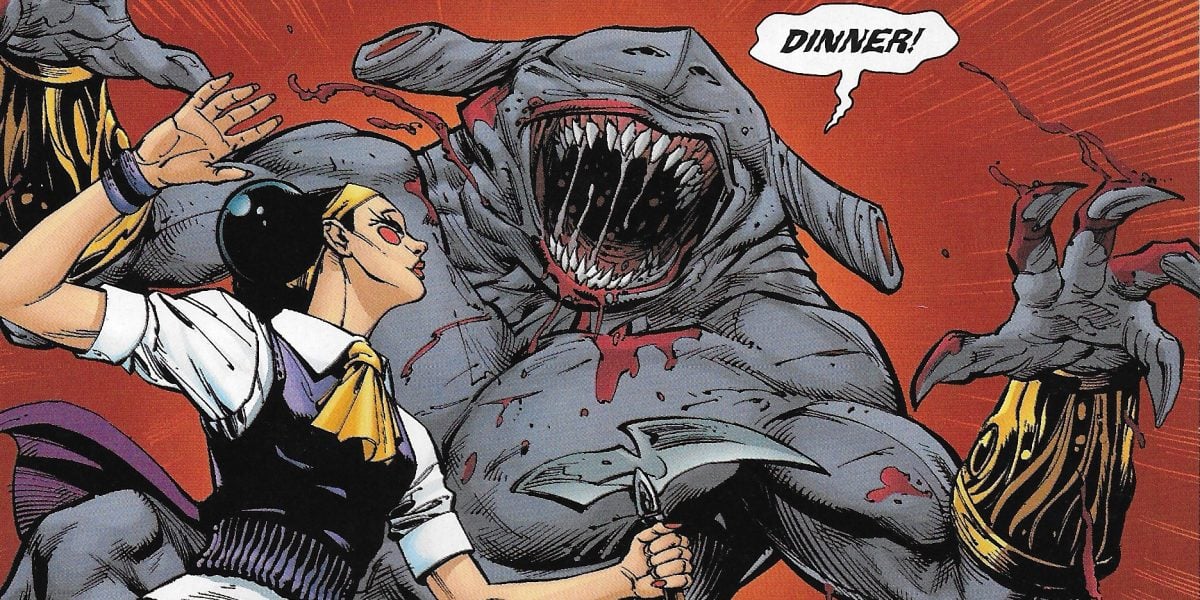 It’s a truth universally acknowledged that Suicide Squad was an overstuffed mess of a movie. But apparently, the original plans for the film were even more bananas than what made it onto the screen. This concept art by Peter Mitchell Rubin shows early plans for the inclusion of DC baddie King Shark in the squad.

King Shark, or Nanaue, was a humanoid shark character created by Karl Kesel (The Death of Superman) in 1994. He appeared in a handful of different DC titles before joining the Suicide Squad. While the character was originally supposed to appear in the film, director David Ayer decided that the CGI required to bring King Shark to life would be too much for the movie, saying “One of the characters I was thinking about for the Squad lineup was actually King Shark, but we realized it would take a lot of work — a lot of CG work. I wasn’t quite comfortable with having a full-CG character. We actually ended up going with Killer Croc, who turned out to be the right guy for the job.”

Killer Croc, played by Adewale Akinnuoye-Agbaje, was easier to create with make-up effects and ended up garnering the film an Academy Award for best make-up. But don’t feel too bad for King Shark: he got to appear on the small screen on the CW’s The Flash. We’ll have to wait and see if James Gunn taps the hammerhead humanoid for Suicide Squad 2.

I, for one, welcome our owl overlords pic.twitter.com/p5Cw17czDr

What are you up to this weekend, Sue Believers?