Suicide Squad Has Made More Money Than Iron Man, but What Does That Really Mean?

Well, dollar signs floating in front of WB execs' eyes, for one. 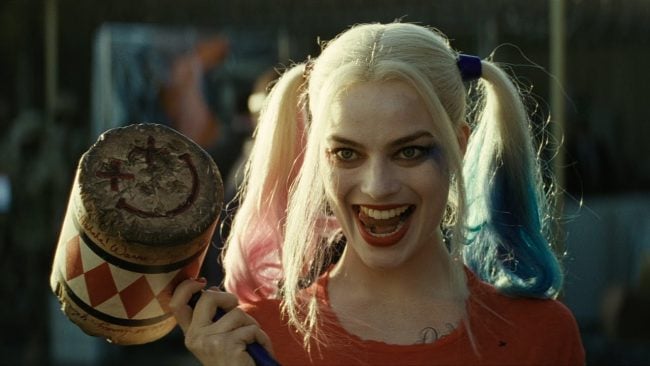 OK, as far as hard numbers go, Iron Man made a pile of money (technical term), so any movie topping that amount did a good job financially—unless its budget was unimaginably high. Suicide Squad has now officially made more money than the movie that kicked off the Marvel Cinematic Universe, which definitely makes it a success, but the superhero movie landscape has changed a lot since 2008, and that makes the full context of this achievement a little tricker to understand.

Domestically, Suicide Squad has now taken in $318,584,857, just bumping Iron Man ($318,412,101) out of its #50 domestic earnings spot, according to Box Office Mojo. That also puts it within striking distance of other favorites like Guardians of the Galaxy and Deadpool, which says a lot even if it doesn’t manage to overtake them. Overseas numbers add more than double to the total, making Suicide Squad a $731,584,857 win for Warner Bros.

As far as beating Iron Man goes, though, there are basically two arguments to be made here. The first is that superhero movies—while they’ve existed for a long time and had really been picking up steam since 2002’s Spider-Man—weren’t quite at the high point they’ve reached today back in 2008, so a relatively unpopular hero like Iron Man pulling in such a large audience was a larger feat. On the other hand, there is the very real possibility that general audiences—despite what us longtime fans want—aren’t as enthused to go out and see superhero movies now that there are so many, which makes Suicide Squad‘s success even more impressive.

To be perfectly honest, I’m not sure there is a way to objectively measure success, when factors like preexisting character popularity and critical reception (Iron Man has 94% on Rotten Tomatoes to Suicide Squad‘s 26%) likely play such a big, if unverifiable, role. You could even argue the point as to whether Iron Man was really that much better of a movie than Suicide Squad or critical standards have just raised now that we have such a glut of superhero fare to choose from, which effectively drove down Suicide Squad‘s critic ratings.

What is verifiable is that, despite how anyone feels about the quality of the movie, it’s good news for how much faith Warner Bros. will put into DC movies in the future—and for superhero movies in general. Hey, maybe they’ll even be willing to take more risks! Now, about that Harley Quinn movie …

(via CBR, image via Warner Bros.)