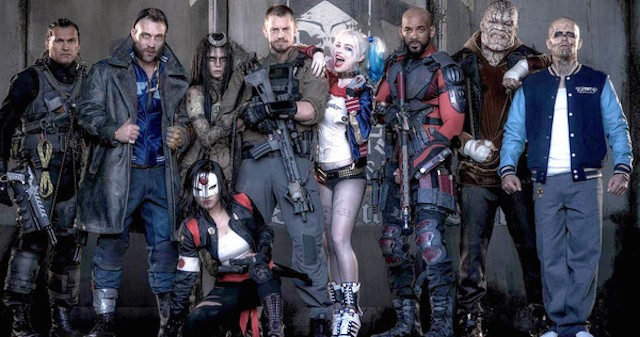 I’m excited about Suicide Squad. Really. I’m probably the Mary Sue staffer least likely to be put off by potential Joker grossness, and I’ve not yet met my threshold for “gritty” takes on comic books and their movies. And yet, I still can’t help but roll my eyes at the movie going for a PG-13 rating—or Jared Leto’s reported desire to be called “Mr. J” on set.

I’d guess that PG-13 just means plenty of violence but not so much sex stuff—because the  MPAA definitely has a disproportionate distaste for the latter compared to the former—and probably pretty tame dialogue. Still, it’s a bit of a cop-out for a movie that’s clearly going for “edgy” and stars a bunch of villains to fit within PG-13 parameters.

Then, on the other hand, we have Jared Leto getting so into his boundary-pushing PG-13 Joker that he wanted to be called “Mr. J” on set, according to producer Charles Roven. Along with saying the movie would shoot under an R rating, he told Collider,

Look, you know, it was different, it was fun. The group first wasn’t sure because the AD’s had to call him “Mr. J” to get him to come to the set [laughs]. And he did in many ways isolate himself from the rest of the group, but that’s really what his character was, the purpose of his character in many ways, other than when he was with Harley or trying to get Harley. It was very entertaining, it was fuel for a lot of good sport and a lot of laughs, and his isolation bonded the squad, and we wanted the squad bonded.

And so the legend continues. The hype machine pumping up anticipation for Leto’s Joker performance has elevated his acting methods to mythical heights, and I do understand where they’re coming from. Heath Ledger’s joker was so widely praised that there’s a lot to live up to, and good PR can go a long way in shaping how moviegoers view the results.

Still, when it starts to all sound like a bunch of PR and over-the-top antics for the sake of it, maybe it’s time to dial it back.

(via IndieWire, image via Warner Bros.)