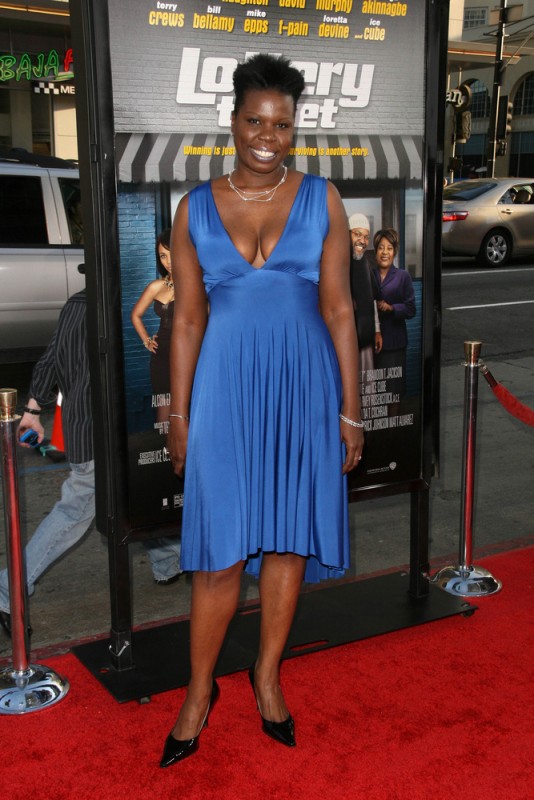 I have very important information to share. It’s our fault that clothing designers don’t make clothes that can fit most of the people. I know what you’re thinking: But, don’t they make the clothes? Can’t they decide how big or how small they want to make them? And if you’re working directly with a designer, isn’t there such a thing as custom making something for someone? Actually, no. It’s our fault for not fitting into their clothes, because it’s up to customers to change themselves to fit the products they use, not the other way around.

Yesterday, we told you about Leslie Jones tweeting that she was having trouble finding a designer willing to dress her for the upcoming Ghostbusters premiere, an event that will be the beginning of one of the most talked-about comedies this summer. Now, it seems that defensive stylists are coming out of the woodwork to tell Jones how this entire situation is her fault.

As reported by The Hollywood Reporter, celebrity stylist Jessica Paster said, “She should have known four to five months ago the date of premiere, and said, ‘I’m not a sample size, I need to go to designers early or buy myself a dress.’ Don’t be blaming designers and saying they don’t like you.” Um, apparently she missed this tweet:

@oneptofview@TheRoot@Eugene_Scott STOP!You dint know what you’re talk by about. They have been asking for months to many. Nobody wanted to

There was one semi-valid point brought up by stylist Jeanne Yang: the economic reasons behind a “sample size.” She says:

“People have this belief that showrooms and designers have racks and racks of clothing in all sizes. They don’t.

When you’re a designer, sitting with your accountant, you have to think about how much it costs to create a sample. It may take hours to do a muslin, and thousands of dollars to create one specific piece. You justify it because you use it for so many things. One dress has to serve for the runway show, for sales, and to get publicity. If you have a sample that has to fit a model, you don’t have the option of creating things for premieres. No one ever does a variety of sizes. No one has those resources, even the biggest designers don’t.

For something as big as the Oscars or when you are given enough time, designers may lay out the expense of creating something. But then, a lot of designers who do go through the trouble to create things, and spend the money and time, sometimes they take a gamble then the client says they don’t like it. Then you’ve spent $5,000 to $10,000 for a dress that’s not worn. It can be the death of a line.”

See, this I understand. I understand that it’s perhaps not the most cost-effective thing in the world to have to custom make something for someone. I understand that often designers have the one dress to loan, so it has to fit as-is, or with minor alterations. I get all that.

Designer Christian Siriano has come to save the day like Mighty Mouse, and will be dressing Jones for the Ghostbusters premiere. He’s saved the day before. For example, one of Paster’s clients is actress Nia Vardalos, whom Siriano dressed for the premiere of My Big Fat Greek Wedding 2. Paster explains: “I’ve had clients who are not sample sizes, for example Nia Vardalos. Designers are more than happy to lend to her. Unfortunately, she’s not a sample size. So the production company gave me a budget to buy her clothes. Christian Siriano saved the day by pulling non-sample sizes, and he himself, the weekend of the premiere for My Big Fat Greek Wedding 2, did the final fitting with Nia.”

It’s interesting that Paster of all people, whose clients are on the receiving end of this fashion industry bullshit, would direct her snark at another victim of that bullshit rather than take the fashion industry to task. I understand. She’s a stylist who has to develop good relationships with fashion designers to get her clients clothes at all. However, it’s not as if she and other Hollywood stylists don’t have cards to play. No celebrity bodies in your clothing, no publicity, and as Hollywood continues to make diversity a priority, the types of people who become celebrities are rapidly changing. Hollywood and fashion have always worked hand in hand, and as mainstream audiences demand to see themselves on screen, that translates to wanting to see those people in great clothes.

If you thought the film industry was archaic and slow to change, the fashion industry — for all that it’s about “trendiness” — seems fossilized, beholden to ideals and standards that are no longer relevant to the people they serve (if they ever were).

Meanwhile, Christian Siriano looks like a Big Damn Hero, constantly dressing these amazing, talented women who happen to not be sample sizes, and likely (hopefully!) doing big business because of it. “Saving the day” is a smart business decision.

You can’t collectively as an industry decide that a “sample” is a Size 4, ensure that your models are that size, only make that size dress, and then blame everyone else for not going along with that. You certainly can’t do all of that, and then say what the writer of the THR piece says: “Stylists I talked to estimated that the 6-foot stunner is probably not a sample size, meaning a runway model size 4, but rather a size 8 or 10, and that could be part of her frustration. But not because of any size bias.”

Um, the fact that a sample size exists is a size bias! That’s the textbook definition of a bias! That you have this one standard that you expect everything else to fall into! And so rather than develop a range of sample sizes to accommodate a diverse clientele, you cater to your one favorite type? That you decided the criteria for yourself? That’s a fucking bias!

It reminds me of the inherent color bias in film. When Kodak first developed color film, the basis for color balance was “the Shirley card,” which featured a picture of a white woman against which all other colors were compared for color correction. This process ended up having film be really good at picking up white people, while being really bad at picking up darker-skinned people. And as is pointed out in the video below, the effects of that bias are still being felt today, not only when it comes to film and video, but when it comes to tech:

Stylists should be there for their clients, not their vendors. The fashion industry should be there for the people they expect to buy their clothes, not the other way around. And if anyone shouldn’t “be blaming” anyone, it’s the fashion industry. You don’t get to create impossible-to-meet standards, and then be mad that too few people are meeting them.

It seems as though a bunch of people need to be reminded of who they work for, and that at the end of the day creating things that different types of people want to wear and buy will make you money. Worried about “not having the resources” to have a range of sizes, designers? Perhaps if you invested in making a wider range of people feel included in your brand, you wouldn’t be so financially strapped.