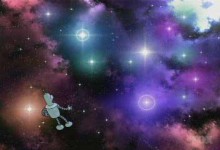 A study published in PLoS ONE by Amy Owen and her colleagues at Duke University showed greater atrophy in the hippocampus of people who identify with a specific religion, as well as people who do not identify with any; basically, the subjects who experienced shrinkage in certain areas of the brain were identified as religious, or specifically not, as opposed to those who are casual about religion.

The factors studied were life-changing religious experiences, membership to a religious group and spiritual practices. The team used MRI to measure the volume of the hippocampus in 268 men and women aged 58 and over who, interestingly, were originally being examined for a different study regarding depression in the elderly. The original participants in the study answered religion-related questions, which Owen and her team used coupled with the MRIs decipher their results: Those that claimed to have had the aforementioned life-changing religious experiences, are members of a religious group, or partake in spiritual practices were found to have had greater hippocampal shrinkage.

Owen’s team feels that the shrinkage could be related to stress, rather than by some unseen religious force that attacks people’s brains, due to people being in a religious minority of people who may be struggling with their beliefs (or lack thereof), and stress hormones are known to shrink the volume of the hippocampus over time.

Owen and her team do realize their study is not conclusive in any way, and cite the small sample size as one reason, as well as mention that the link between an intangible idea like religion and a tangible effect on the brain is a grey area to begin with. It is also possible that the actual events leading up to the studied life-changing religious experiences are what affected the participants’ brains, rather than the actual eureka moment itself. Another theory is that the link between religion and hippocampus shrinkage boils down to a “chicken or the egg” type of scenario, where people with a shrinking hippocampus are more predisposed to turn to religion for one reason or another, rather than religion causing the shrinkage.

(PLoS ONE via Scientific American)