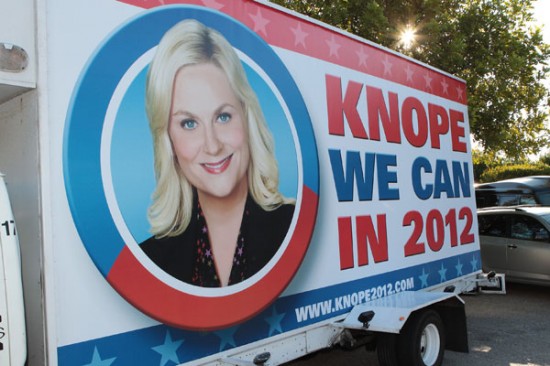 The next time you’re casually watching Hell on Wheels or whatever your character-driven drama of choice is, and a political ad breaks up all the deep drama, don’t worry, it won’t harsh on your drama high. A recent study found that political ads of candidates people disagree with don’t really have much overall effect. Instead of become enraged, the study found people simply become dismissive and essentially ignore the ad.

As someone who tends to know what he wants with regards to consumer products, advertisements generally act as a reminder for me, rather than something convincing me I should buy a product I didn’t want until I saw its advertisement. I dismiss the rest. This study, which showed participants political ads of presidential candidates and measured said participants’ heart rate, activation of facial muscles, and skin conductance, found a similar result. Participants that viewed a political ad that they sided with reacted strongly to the ad, but were dismissive of an ad they didn’t side with.

The study examined fifteen Ohio State University students who were connected to electrodes. The electrodes measured heart rate, cheekbone and eyebrow movements, and skin conductance, which is a way to measure sweating, and thus the person’s stimulation and alertness. While hooked up to the machines, each student watched twelve political ads, with an even split between candidates. After the ads, the students noted how they felt about each candidate, which was then matched up to measurements taken from the machines.

The researchers also took into account what came before an ad, using a method they called “dynamical feedback.” Lead author of the study, Zheng Wang, assistant professor of communication at Ohio State University, explains:

“At any one time, ad viewers’ reactions are affected not just by what they are seeing at that exact moment, but also by what came before in the ad. The dynamical feedback model puts it all together to see how people react in a real-time, real-world way.”

Wang said that these findings suggest that rather than become enraged at something that one would assume one would be strongly opposed, the participants simply didn’t pay much attention to it. Wang said that, essentially, the study found that when people hear something they don’t really want to hear, they employ selective hearing.

“A lot of research has shown that, behaviorally, we tend to selectively expose ourselves to information that reinforces our existing opinions. But this study further suggests that even when exposed to information, our attention to what is presented is highly selective, as well.”

For supporters of an ad, Wang found that the positive feelings a viewer had are strengthened, whereas the feedback of people who disagree with an ad decreases over the length of the ad. Essentially, they lose interest instead of become riled up and yell at the television like your parents do.

Wang also notes that the study still needs to look into other factors, such as how an ad is presented. If an ad is presented in some effective manner, it’ll be more effective. If it’s the most boring ad anyone’s ever experienced, it probably won’t do such a good job conveying its message. So, the next time you’re playing with your parents’ dogs and your parents start screaming at the television because a political ad they disagree with interrupted the Food Network, take a minute to appreciate just how unique your parents’ response is.