They're all good dogs. People? Not so much. 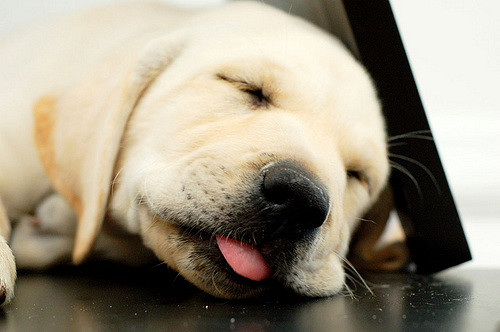 A new study deals a crushing blow to humans’ place in the world, and honestly, we kind of had it coming. Have you seen what humans have been up to lately? As it turns out, all those “jokes” about people preferring their furry family members to actual humans are pretty serious: researchers found that human beings have more sympathy for dogs than for other people.

That increasingly unsurprising result comes from a study published in the journal Society & Animals, wherein researchers had 240 participants react to a fabricated newspaper clipping detailing violence against various victims. I won’t detail the imaginary violence here, in order to spare you the strong emotional response that even a theoretical dog elicits. According to their responses, the only victim that elicited a stronger response than an adult dog was an infant human, and adult humans came in dead last after human babies, puppies, and adult dogs.

As the researchers hypothesized, that likely has to do with the perceived vulnerability of the victims more than anything else. They had figured that age of the victim would play strongly into where participants’ sympathies would lie, but they found that it didn’t seem to matter nearly as much for the canine victims.

The researchers explained, “Subjects did not view their dogs as animals, but rather as ‘fur babies,’ or family members alongside human children.” It seems that, whatever the age of a dog, we tend to equate them with children, rather than adults, and react towards them accordingly. And, really, isn’t that only fair? I now present you a series of dog GIFs to demonstrate how deserving they are of this level of affection:

Meanwhile, humanity is a continual horror show, and for some reason, dogs—the ultimate cinnamon rolls, too good and too pure—continue to love us right back. We do not deserve them.

(via Business Insider, featured image: Photos in a jar on Flickr)