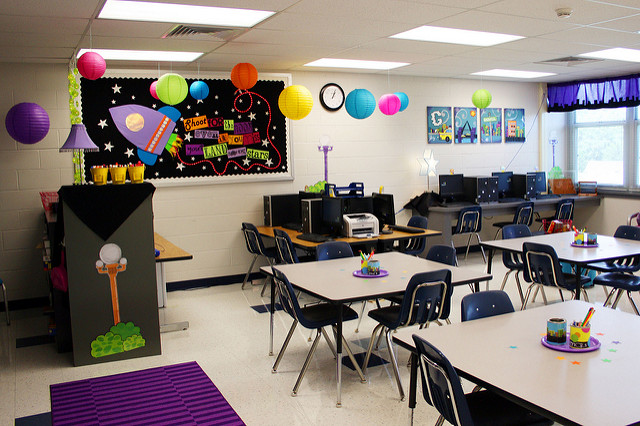 It’s no secret that gender stereotypes have a big influence on the ambitions and aspirations of young girls.

A study released in Science Magazine on Thursday argues that the gender distribution in different fields can be tied to perceptions of intellectual brilliance, and these notions start affecting girls at a young age. They found that girls as young as 6 can steer away from considering themselves or their gender as brilliant. They write, “These studies speak to the early acquisition of cultural ideas about brilliance and gender, as well as to the immediate effect that these stereotyped notions have on children’s interests.”

Doctoral student at the University of Illinois at Urbana-Champaign Lin Bian, NYU psychology professor Andrei Cimpian, and Princeton philosophy professor Sarah Jane Leslie demonstrate in this study that it’s necessary to combat these stereotypes early on in a child’s education.

Employing a series of four test to a sample size ranging from 64 to 144, they measured perceptions of brilliance and gender. One test involved telling the children a story about a smart protagonist, and asking the participants to try and pick out the character from four images. The character had an unspecified gender, and two of the images were male and the other two female. They found that 5-year olds were pretty even, but 6-year old girls were less likely to pick a female picture.

In a different test, children were told to choose between a game for “really, really smart” children or one for those who “try really, really hard.” Girls were more likely to choose the latter.

Cimpian says that while this study doesn’t explain how children absorb these ideas, he is planning a long-term study that will examine factors like parenting and media exposure. It’s a “sobering conclusion” the study reads, that “many children assimilate the idea that brilliance is a male quality at a young age.”

While this study definitely illustrates a need for early intervention there are many things to consider about what that change might look like. Cimpain cautions against “[falling] into the trap of always assuming it’s the girls who need to change” and instead deconstructing myths about any “innate ability.” University of Washington associate professor Sapna Cheryan adds in this NPR article, that demystifying fields like engineering is another solution.

These solutions remind me a lot about the conversations around encouraging and empowering women in STEM during TMS’s Keisha Hatchett’s Hidden Figures interviews with women of color in STEM. Not only did the film show the important of representation and mentorship, Dr. Jedidah Isler pointed out how the misconception that one has to be innately gifted rather than hardworking can often be discouraging. If there’s something you want to do to fight against these stereotypes right now, sponsor someone’s ticket to Hidden Figures!

You can read the full study here.