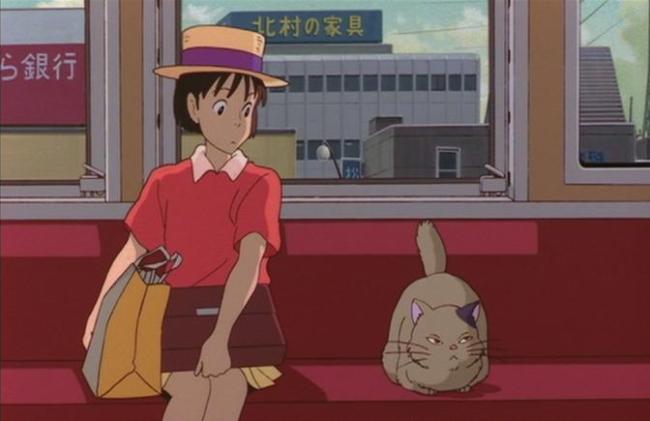 Producer Yoshiaki Nishimura, who worked on films like Howl’s Moving Castle, The Tale of Princess Kaguya, and When Marnie Was There recently spoke to The Guardian about Studio Ghibli, and one quote about the studio’s lack of female directors has been making rounds on social media and different sites. When asked whether Ghibli would employ a female director, Nishimura was quoted saying:

It depends on what kind of a film it would be. Unlike live action, with animation we have to simplify the real world. Women tend to be more realistic and manage day-to-day lives very well. Men on the other hand tend to be more idealistic – and fantasy films need that idealistic approach. I don’t think it’s a coincidence men are picked.

While this is just the word of one producer, it strikes especially hard considering how many Studio Ghibli films center around awesome female characters. I literally wrote an entire video essay that was a love letter to the female protagonists of these movies, so it really sucks to hear a producer say that female directors are too “realistic” for fantasy.

It might’ve been an offhanded comment, but it still smarts. However, rather than attack Nishimura (it’s not lost on me that making this quote the headline of the original article is meant to elicit that kind of reaction), I want to point out how this ideal contradicts most of the work that Studio Ghibli has ever produced.

First of all, let’s acknowledge how much of Ghibli’s work is actually based on material by female creators. Howl’s Moving Castle, for instance, is based on the book by fantasy writer Diana Wynne Jones. While the two are different, I’d have to say the film actually cut down on the amount of magic in the original book! When Marnie Was There is similarly based on a novel by Joan G. Robinson, and The Secret World of Arrietty is based on Mary Norton’s The Borrowers. Secondly, so many of the female protagonists of Studio Ghibli films have incredible imaginations! Only Yesterday, My Neighbor Totoro, and more all show young girls with senses of adventure, fantasy, and idealistic attitudes.

Getting real a second (for just a millisecond), one story that was really, really important to me growing up was Whisper of the Heart, which (surprise!) is based on a manga by female artist Aoi Hiiragi. It was dear to me because it focused on a young girl anxious about her future. What has two thumbs and lives through that every other day? This girl. In Whisper of the Heart, the lead, Shizuku, becomes fascinated with a cat statuette (again, it me), and decides to try and seriously write a fantasy story around the cat and herself. Shizuku pushes herself really, really hard to do this to the point she’s fighting with her family and her grades suffer. At the end she realizes her writing is not as good as she wants it to be, but what does she do? She resolves to learn more about writing, and the story ends—not with her showing everyone she’s a genius, not with her writing a smash-hit on her first try, but with the revelation that she could get better.

This was a big deal to me because it helped me understand that I didn’t need to be a genius to let myself to do creative work. I had a pretty academic-focused, college-resume-building upbringing, and holy crap this film makes me cry every time I watch it. It told me I didn’t need to be “naturally good,” because I could work hard and learn and fail and be idealistic.

Nishimura saying that female directors aren’t suited to fantasy as a producer actively contradicts these stories and what I think Studio Ghibli has tried to promote in their movies. The state of women in animation isn’t great in both the United States and Japan, but there are so many examples to prove him wrong. We can point to directors like Harume Kosaka, Chiaki Kon, Rie Matsumoto, and so many more. It’s a huge, glaring flaw that Ghibli has never hired a female director, and I can only hope that, moving forward after Hayao Miyazaki stepped down, they carry the spirit of their animations behind the pictures, too.