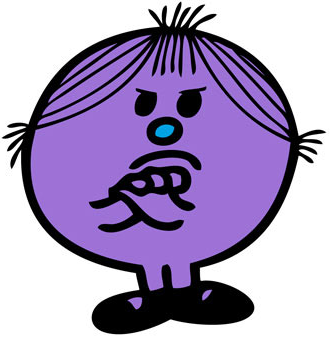 Although you might think that an abundance of dissenting opinions might be effective in making you change your mind, a new study shows that as more people disagree with you, you are more likely to become more stubborn; the more universally unaccepted your opinions are, the more likely you are to stick stalwartly to your guns. Remind you of anyone? [Insert joke about that group of people you think are stupid. e.g., hipsters]

The study, conducted by HP’s Social Computing Research Group, revolved around an example scenario involving furniture. Subjects were asked, several times, to choose between two couches. Each time, they were told that X number of people had already picked one couch or the other. The results showed that subjects were much more likely to change their choice when the numbers were more even. When the numbers where overwhelmingly against the choice the subject originally picked, the subject was much more likely to stick with that choice.

There are two competing psychological forces at work here. First, there is peer pressure, the very kind you may remember from D.A.R.E. “Everybody’s doing it, it must be cool, fun, OK, beneficial, right, etc.” The other is psychological reactance theory, which suggests that a self-preservation instinct stresses the importance of sticking to your guns. Sort of a psychological sunk-cost fallacy. There are any number of ways to think about the practical implications of that one: “If I change my mind now, what does that say about my force of will and the opinions I will hold in the future? Everyone will laugh at me. Everyone else wins. I have to admit I was wrong.” Positively terrifying.

I don’t know about you, but this all makes perfect sense to me and it’s something I experience on a pretty regular basis. I’ll often take ridiculous positions on a subject for the sake of argument (“No, no, no, the best way to lower hand-gun deaths is to make gun ownership compulsory.“) only to come away from the heated argument –in which I am always outnumbered– genuinely believing the position I started arguing for kicks, temporarily at least.

Of course, this is only a sliver of the whole pie. Wired brings up the very interesting point that quality of the opinions is entirely ignored in this study and could make for a very interesting study of its own. How does one respond to an army of disagreeing strangers compared to an army of disagreeing friends? It’s an interesting question to ponder, something I hope someone does a study on. As for me, I’m going to continue studying the matter in my own way: arguing for things that no one in their right mind would agree with.