How Are We Still Having the “Strong Female Character” Debate? 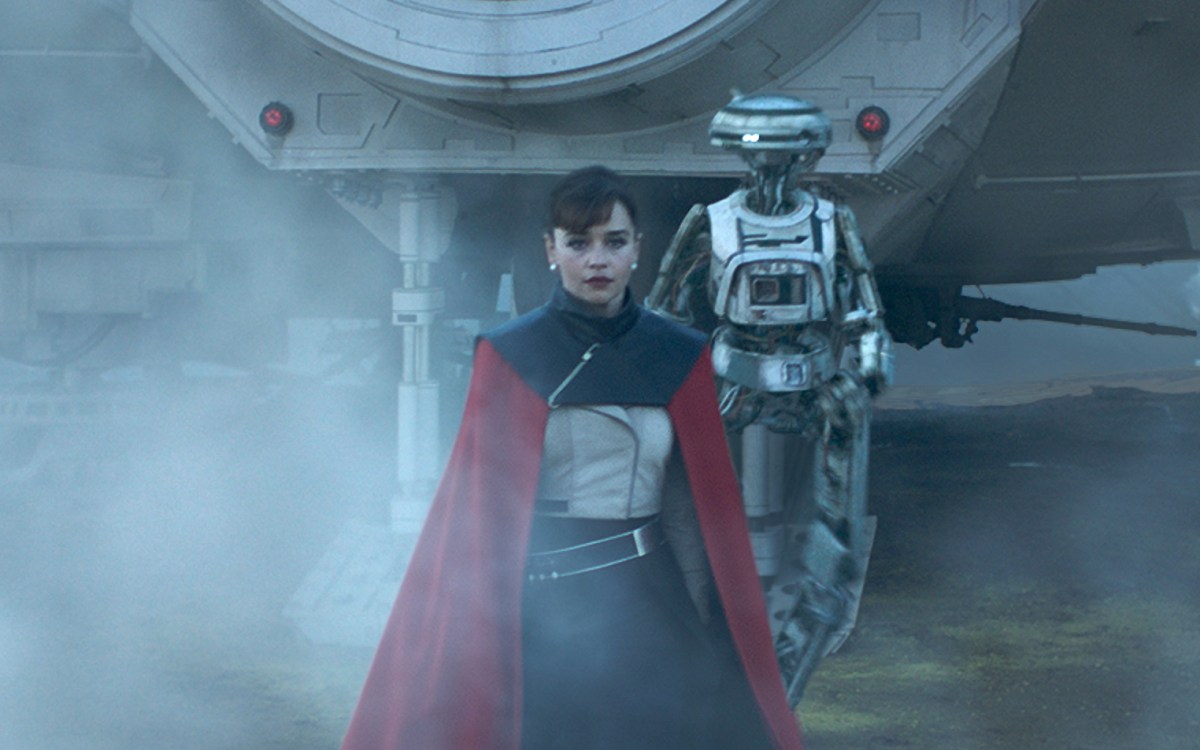 I’m not sure when the term “strong female character” was coined and the subsequent debate over its meaning and usage began, but it feels like it was far too long ago for us to have progressed so little in this conversation.

For years, we’ve been arguing over this particular character description. And for years, we haven’t even been able to agree on what we mean when we use it. I’ve always been on the team that used it to mean a female character who is strongly written. In this way, a “strong female character” is a fully developed person, with their own motivations, not a catalyst for a male character’s actions. This character can exist in any genre, and their physical strength has nothing to do with it, nor do their flaws.

More often, though, SFC is used to describe a character who is physically strong, or maybe they’re aggressive or commanding or otherwise displaying characteristics we think of as being typically masculine. This sort of character is generally bullshit, and usually actually rooted in a distaste for women. These characters reject emotion and romance; they’re the epitome of the “not like other girls” mentality, and we’re supposed to see this as a victory for feminism?

In her 2011 New York Times article exploring the idea of the SFC, Carina Chocano wrote about how unrealistic these women are, because in the eyes of their creators, “strength” is used as a stand-in for humanity. With the SFC, she writes, “certain traits become codified into a bad-faith embodiment of a type rarely found in nature: the stunning blond 23-year-old astrophysicist whose precocious brilliance and professional-grade beauty are no match for her otherworldly self-confidence, say, or the workaholic mercenary encumbered by emotions. It’s as if the naturalism of male characters has grown in inverse proportion to the realism in female characters.”

A character can be both kinds of strong. Ripley and Rey and half the characters Ashley Judd played in the ’90s–there are the female cops and lawyers and action heroes who exist and thrive in a man’s world and remain the heroes of their own stories. They may exist in traditionally male roles or exhibiting typically male traits, but that’s not what makes them exciting to watch; it’s their complexity of character, but when a female character is written to be strong, rather than strongly written, we rarely see that complexity. For lazy writers patting themselves on the back for what they surely saw as checking off the feminist placation box from their tokenization checklist, these characters are consistently one-dimensional and not just genderless, but distinctly anti-feminine, as if femininity and strength are mutually exclusive.

This kind of “strong female character” is not strong and a woman. We are meant to celebrate her because she manages to be strong despite being a woman. She is meant to be an outlier, masculine in every way but her inevitable hotness.

“Strength,” in the parlance, is the 21st-century equivalent of “virtue.” And what we think of as “virtuous,” or culturally sanctioned, socially acceptable behavior now, in women as in men, is the ability to play down qualities that have been traditionally considered feminine and play up the qualities that have traditionally been considered masculine. “Strong female characters,” in other words, are often just female characters with the gendered behavior taken out. This makes me think that the problem is not that there aren’t enough “strong” female characters in the movies — it’s that there aren’t enough realistically weak ones.

As someone who is continuously cast in roles that would be characterized as “strong,” Emilia Clarke recently railed against the term.

“If it’s not strong, what is it? Are you telling me there’s another option, that there’s a weak option?” she said during an interview at Cannes. “You think a lead in a movie is going to be a weak woman? It just doesn’t even bear having the conversation, so enough already with the strong women, please.”

I don’t agree with the idea that it’s ludicrous to think there are “weak” female leads in films. There are plenty of them—wives and girlfriends who are meant only to provide their male costars emotional support or motivation for vengeance, and those are roles that go to giant stars. It’s a double standard that we never call male characters strong, but why would we? The default for a heroic role is male. The default for a male protagonist is “strong.” The abundance of poorly developed, emotionally subservient female characters is why the trend of “strong” women was, at first, such a welcome, exciting change.

But the SFC quickly wore out its welcome as “strong” quickly became synonymous with “boring.” Since the term is so overused and so sanitized, and since we can’t even agree on what it means in the first place, Clarke has some suggestions for alternatives. Rather than ask an actress how it feels to play a strong female character, she suggests asking more specific questions like “What does it feel like to play someone with power?” or “How does it feel to play a female lead in a big blockbuster movie?”

These questions are far more interesting, and they don’t reinforce the insulting, false binary of “strength” vs. female. As more films center their stories on women, we’re able to see more types of strengths portrayed onscreen. We can also see weaknesses, flaws, and moral ambiguity depicted in interesting ways. “Strong” women, as the term has come to be understood, are not the only female characters worth writing. In fact, they’re usually the least interesting, and do the biggest disservice to not just the actresses playing them, but the women watching, as well.