But for me? It was Tuesday. 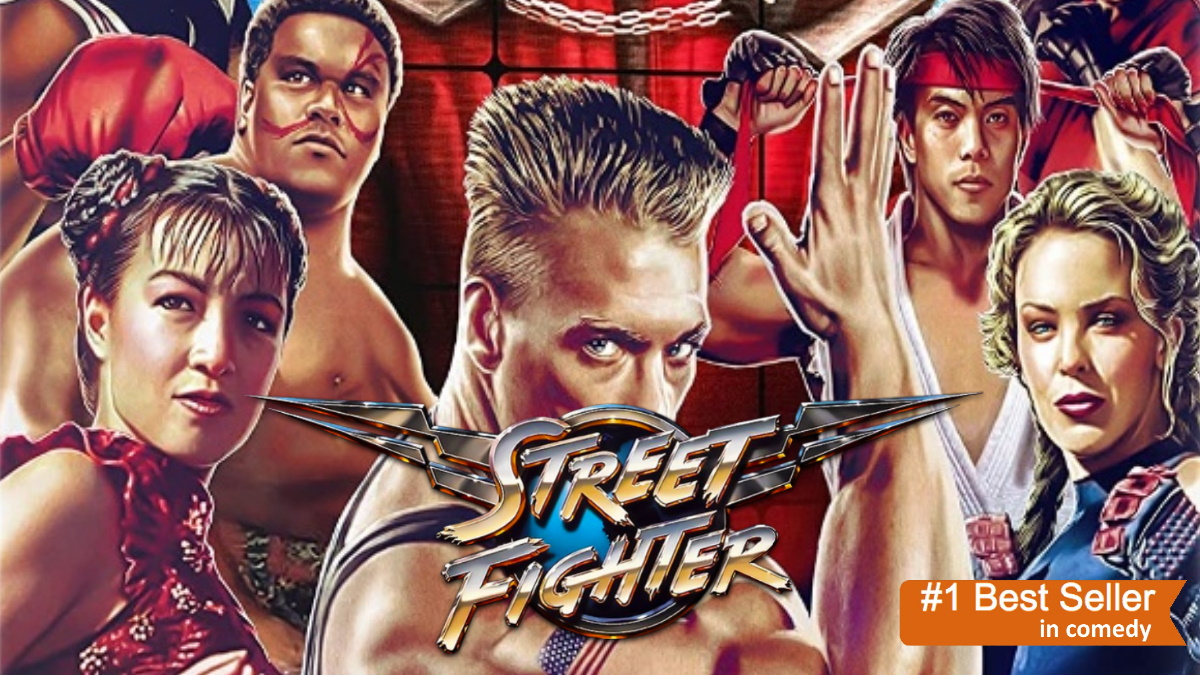 The other day, a friend tagged me on a post about the upcoming release of Street Fighter—not the game, but the movie.

You know. THE movie?

Yes, this cinematic masterpiece of “video game turned into live-action movie” is getting a steelbook release this December thanks to the folks over at Mill Creek Entertainment, and I can tell that they love this movie and all of its cheesiness just as much as I do.

Street Fighter The Movie – Steelbook edition is up for pre-order at Amazon – With possibly the best artwork we’ve ever seen! (#ad) https://t.co/rxuJYW7wNW pic.twitter.com/4hO9TI4iLV

The back to the upcoming steelbook of Street Fighter the movie.

I fucking love it so much.

That it comes with a Bison dollar makes it all the better. pic.twitter.com/LozOyKzjAx

It comes with a Bison dollar.

This is clearly being released by fans.

Based on the massively popular video game franchise, this adrenaline-pumping adventure stars martial arts superstar Jean-Claude Van Damme (Double Impact, Kickboxer) as Colonel Guile, who leads an international strike force against the mad General M. Bison (Raul Julia – The Addams Family, Presumed Innocent). Bison, who has hatched an evil plan for world domination, takes dozens of relief workers hostage and gives the world only 72 hours to respond to his twisted demands. In that time, Guile must find the captives and confront Bison in an electrifying battle for the fate of the free world. Along the way Guile recruits intelligence officer Cammy, reporter and martial arts expert Chun-Li, two young con men Ken and Ryu, and a sumo wrestler E. Honda.

A film that exists in a time where video game lore was based on minuscule cutscenes, text during character endings, video game magazines, strategy guides (if the game had one), and something called an instruction book, the live-action Street Fighter movie is a bit of a gem when it comes to video game movies. There are parts of it that I unapologetically enjoy, like every aspect of Raul Julia’s performance as M. Bison (who still has one of the best villain lines ever spoken), the start to my girl crush on Ming-Na Wen, and how legitimately funny Andrew Bryniarski is as Zangief.

I’m convinced that’s the vibe they were going for in Wreck-It Ralph. Like. It’s impossible not to laugh at Zangief’s reaction to a truck full of explosives barrelling toward them. How can anyone have a bad time with this?

I mean it’s currently got the #1 Best Seller spot on Amazon for comedy, and let me tell you, it’s EARNED that spot.

Street Fighter the movie (which would later give us the comedic gold of Street Fighter The Movie The Game) is memorably hilarious, with Ryu and Ken (you know, the main characters of the entire damn series) playing second fiddle to Guile, whose best friend, Charlie, is turned into Blanka by Dhalsim through science and violent media imagery. Dhalsim cures his rage with the power of inspiring images such as, I kid you not, the “I Have A Dream” speech from Martin Luther King Jr.

Meanwhile, Balrog and E. Honda are part of Chun-Li’s investigative reporting crew, Zangief has an entire arc about learning how to give a proper thumbs-up, and frickin’ Kylie Minogue plays Cammy.

Let me go ahead and share who Kylie Minogue is in case anyone reading isn’t a child of the 90s:

Street Fighter is a movie that will simultaneously make your brain hurt if you try and compare it to the source material, but also entertains you when it gets the source material right. There’s a scene where Vega and Ryu are supposed to have a cage match, for example, and Vega is BESIDE HIMSELF when a woman in the audience dismisses how attractive he thinks he is.

It’s perfection is what I’m saying.

It’s also a sort of Street Fighter time capsule, in a way, as it predates major moments in the series. Back then we’d barely scratched the surface about Akuma and Ryu’s struggle with the Dark Hado, we were just starting to get the nitty-gritty about Cammy’s ties to M. Bison, and my girl Sakura hadn’t even been introduced yet. It’s almost a fascinating watch on what folks thought would work to make the series more appealing to a movie-going audience, even if the audience probably would’ve loved Ryu finding his answers “through the heart of battle” which would inevitably lead to badass fight scenes.

Still, I’ll never be mad about this being what we ended up with:

The Street Fighter steelbook is set to release on December 7th. You can preorder it through Mill Creek Entertainment or Amazon.